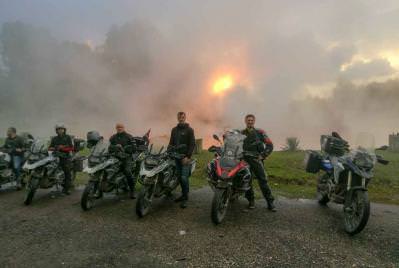 In early October, a group of 9 people from Latvia came to visit us. All were good riders and from the very beginning guys asked to make tour more riding, adding some points of interest if possible. After discussing the possible options for dinner, we decided to change the tour program, adding one day of riding around Sochi area, while tightly sealing the remaining days around Abkhazia.

The group flew in late at night, so the general meeting was postponed to the morning. At the breakfast we signed documents, guys received motorcycles and after kick-off briefing we left the hotel. By the lunch time we were on the border with Abkhazia.

In total, the border took about 2 hours. After the border, we stopped at the observation deck in Gagra and then headed straight for the Griffon Hotel in New Athos. We dropped out bikes there and went to dinner at a restaurant at the hotel. The guys really liked the local beer, which tastes like Soviet Zhigulevskoe, legendary USSR brand. This evening we spent in conversations and talks.

In the morning we went to see sighs of the New Athos Monastery, then we had breakfast and immediately headed towards the Ritza Lake. We drove around the lake from different sides, took many good photos, and visited Stalin’s dacha.

After the Ritsa, we went for lunch to the Apatsu Apsny in Gagra, where we had a very tasty meal. After we headed to the Mamzyshkha, where we climbed up above the clouds and reached incredibly beautiful places. Perhaps this was the best highlight of this tour.

The combination of magical clouds, the setting sun and golden autumn created crazy pictures. Everyone was so impressed with the views that we saw that guys didn’t want to leave. It was hard to convince the group to go to the hotel Pine Grove in Pitsunda until it got dark.

In the hotel the guys really liked the atmosphere of the Soviet period that prevailed in the old buildings, although we ourselves lived in a new building with spacious and modern rooms. After dinner and long day, we sat in the park with wine and beer. We met a Russian biker in the hotel that joined us ad with  his stories he greatly amused the company.

In the morning we went swimming in the sea. After we had breakfast and went to Musser to the cottage of Stalin and Gorbachev. The group was very interested in the history of the Soviet period, so they got a lot of impressions from visiting the state dacha complex.

Then we drove towards Sukhum. We drove through the shot areas of the city, central streets and along the embankment. Leaving the city, went to the Kodori Gorge in Chernigovka. They walked through the gorge and had lunch. After lunch, we went further inland along the Kodori Gorge to Macharsky Falls, where part of the group was not afraid of a difficult, almost vertical descent along the ropes to the lower part of the waterfall, for which the guys were awarded incredibly beautiful views of the canyon and water falling into it.

Then we headed to the hot springs in Kundyg and had a great time there, having a good deal of water in the springs and taking mud baths. In the evening, we settled in the guest house to Miron, where a chic dinner with traditional Abkhazian dishes, wine and chacha was waiting for us. We spent another great and very emotional evening with many talks and lot of jokes.

In the morning, according to an already developing tradition, we went swimming in the sea. The water was warm and as a surprise there we were waited by almost ocean-sized waves, which covered us with a head.

Nobody wanted to get out of the water, but there was a busy day ahead, so we went for breakfast and left Miron guesthouse. Thanking for the hospitality, we said goodbye to Miron and headed to the abandoned city of Tkuarchal.

After passing through the landmark places of the city, we went to Akarmara to the largest waterfalls of Abkhazia. All the guys effortlessly coped with a difficult dirt road and everyone got to their destination without incident.

Local guys threw us on the UAZ in the mountains to the waterfalls of the giants, where we walked and made picturesque photographs. Then we went to Sukhum to have lunch at the Narta apatkh.

After a tasty lunch, we walked a bit along the central embankment, drank coffee in the legendary “Brekhalovka” and set off towards the border. The passage of customs control in the opposite direction was much faster, since there was no need to make visas and we were successfully scattered around different posts. After the border, we reached the hotel in Krasnaya Polyana and immediately went to the banya, where we had a good steam bath and relaxed.

We devoted the last day of the tour to Krasnaya Polyana and Sochi area. After breakfast we slowly drove to Rosa Plateau, where we made excellent photos and videos on a quadrocopter.

Then we went to Sochi and Solokh-Aul along the old Krasnopolyanskaya road. We stopped at the holy spring and the font at the monastery, walked along the tea plantations. We wanted to eat pancakes in the tea room, but because of the influx of tourists we were served for a very long time. Without waiting for the pancakes, we went to dinner in central Sochi to the tavern “White Nights”, wheregroup took the soul to the Khinkali.

After lunch we went to the hotel in Krasnaya Polyana. In the evening we sat well in the hotel lobby, remembering the bright moments of the last trip.

The tour turned out to be very bright and intense, with many positive emotions and impressions left. We were lucky with the weather, without rain – it allowed us to see the nature of Abkhazia in all its beauty and to make a lot of high-quality photos. Despite the large number of people, the guys turned out to be an ideal group with good riding skills, a positive and cheerful attitude, a very versatile outlook on life and a desire to share it all with others.

We will be happy to meet them again in one of our other tours.

In early October, a group of 9 people from Latvia came to visit us. All were good riders and from the very beginning guys asked to make tour more riding, adding some points of interest if possible. After discussing the possible options for dinner, we decided to change the tour program, adding one day of riding around Sochi area, while tightly sealing the remaining days around Abkhazia. 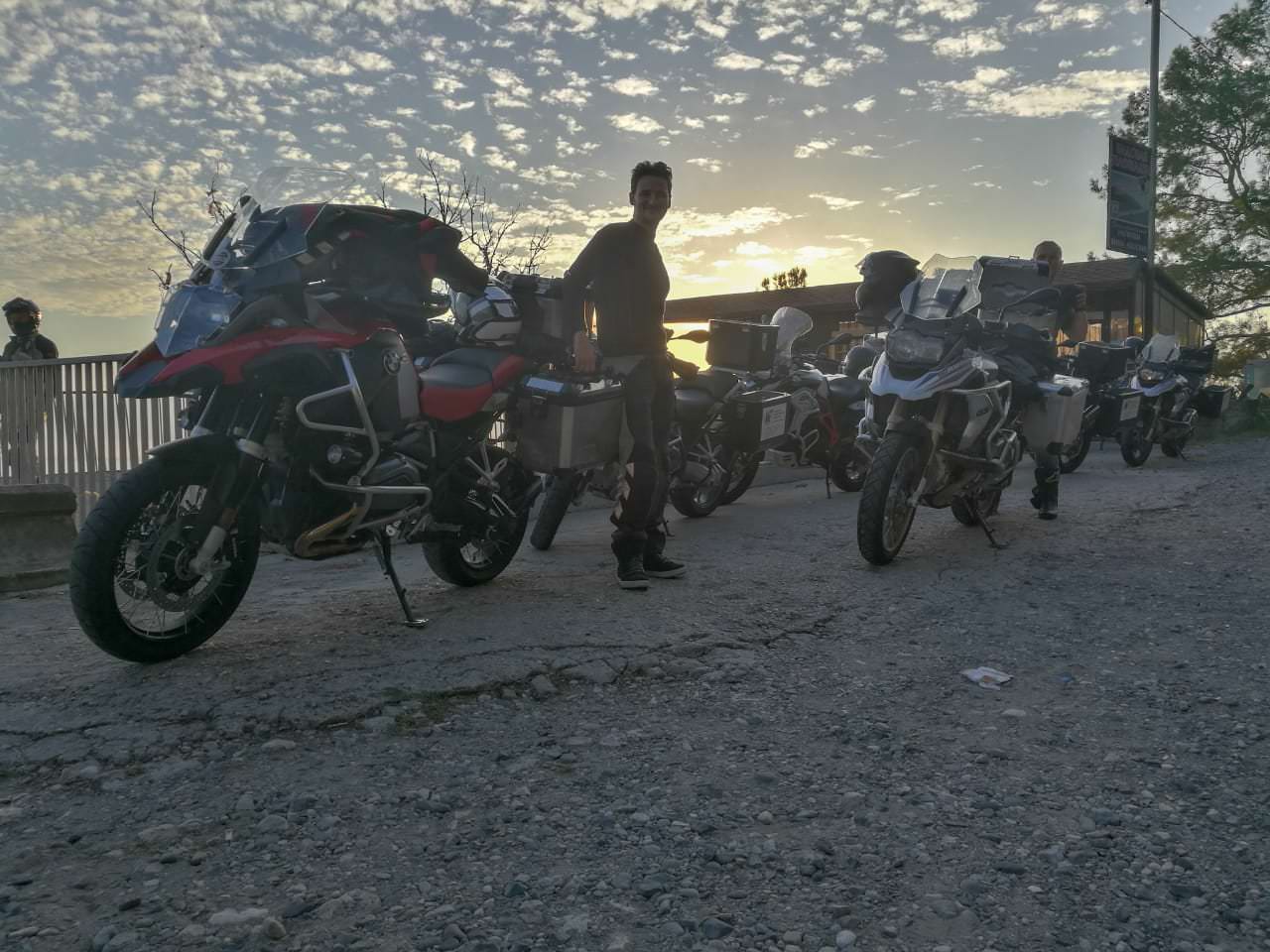 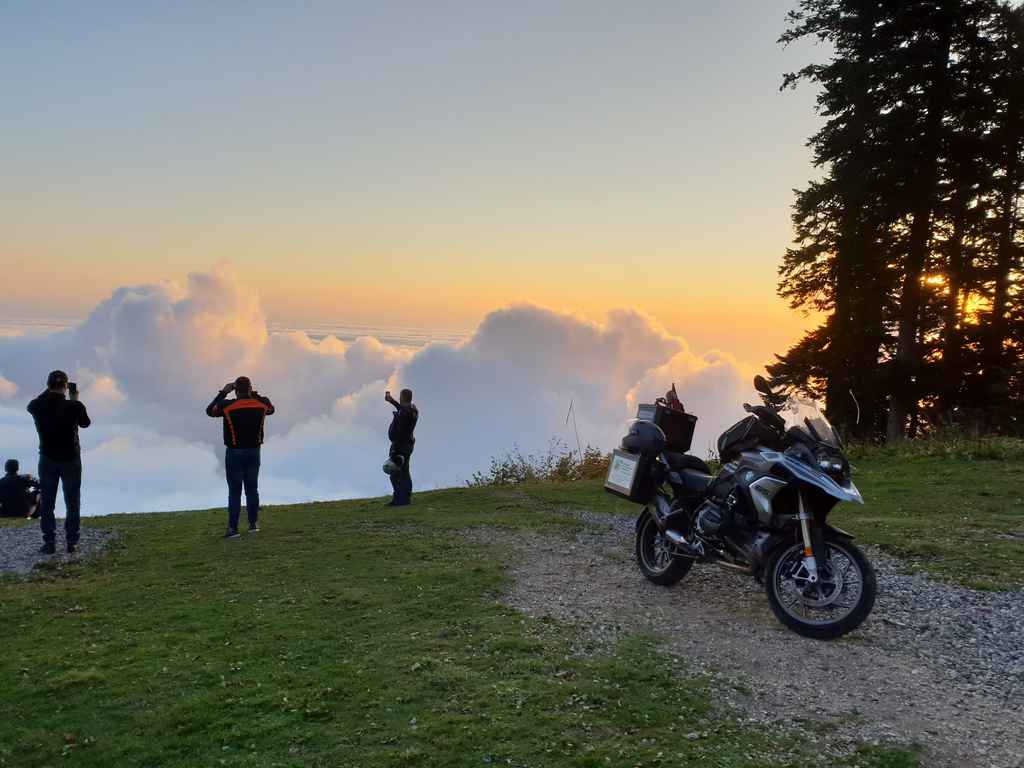 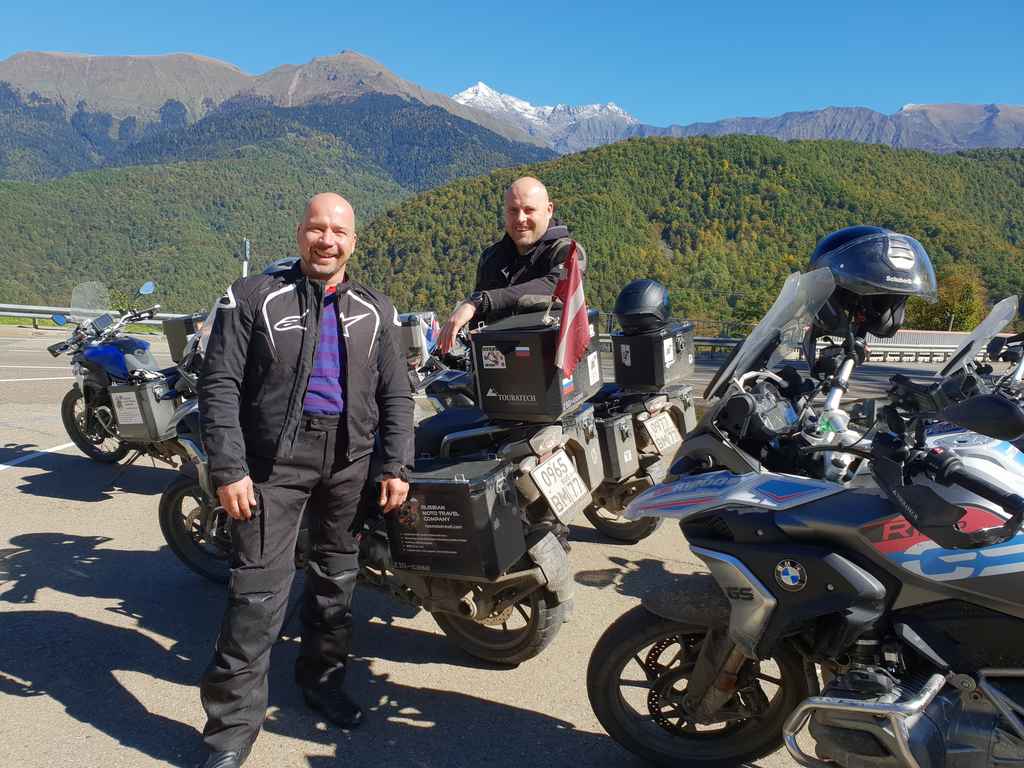 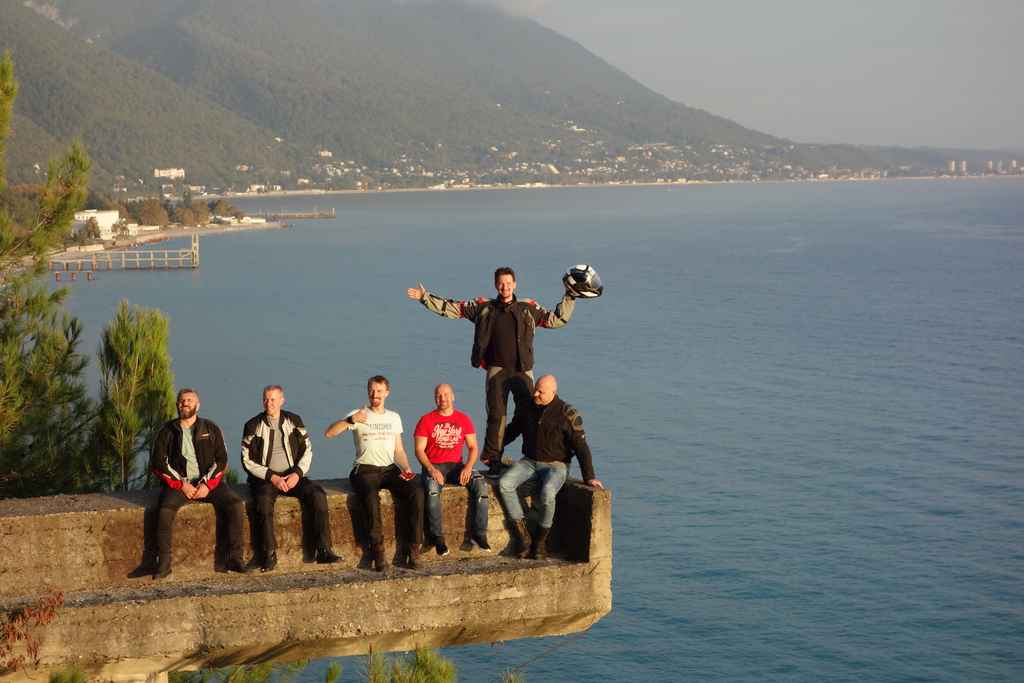 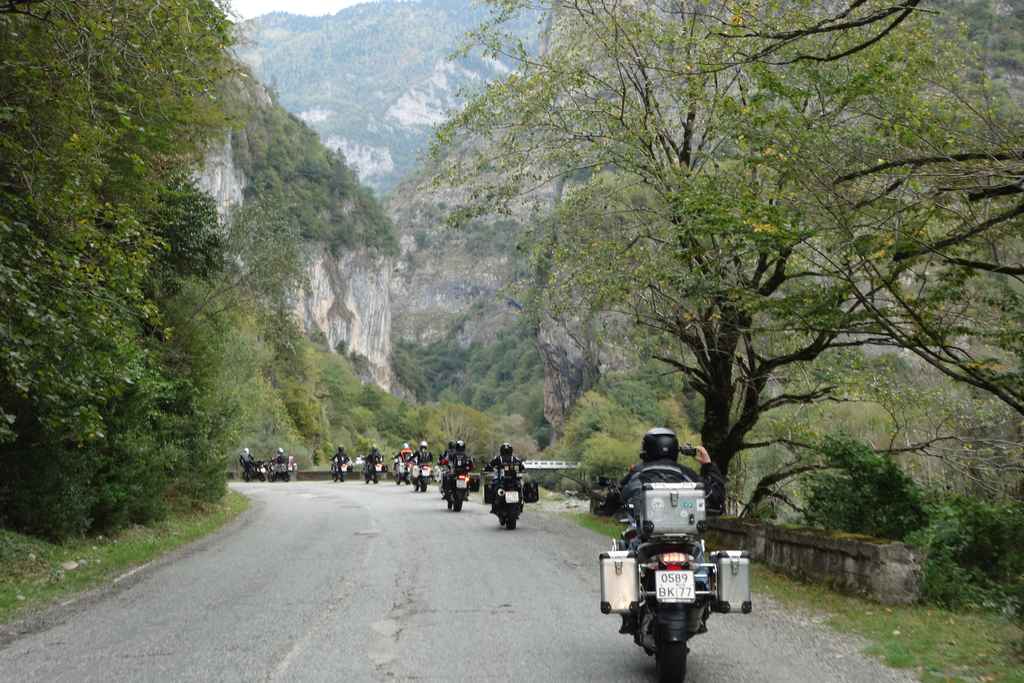 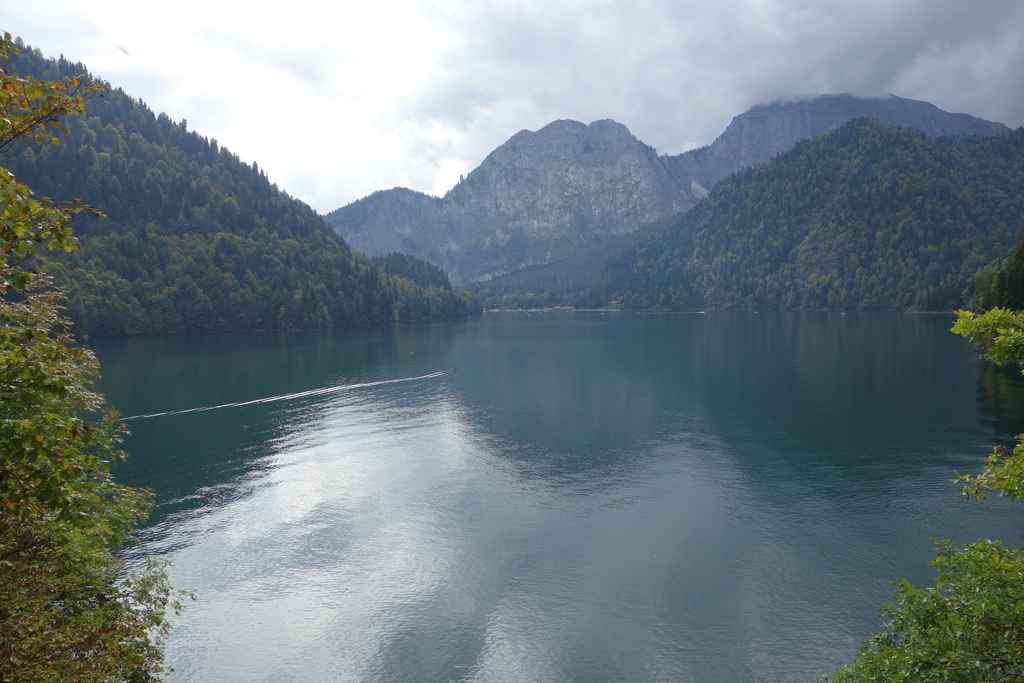 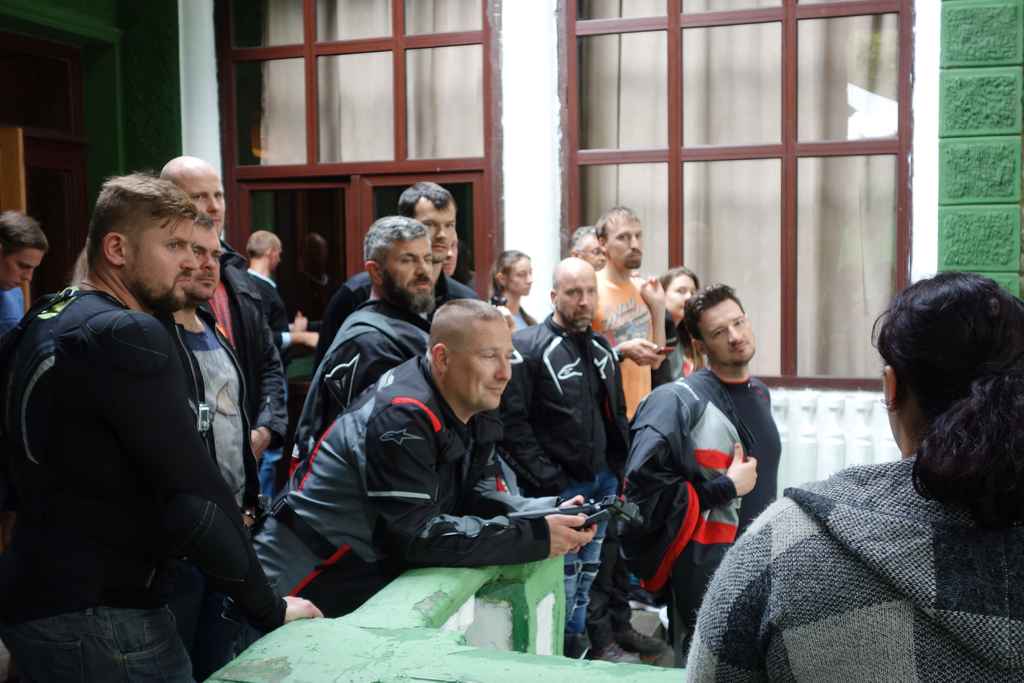 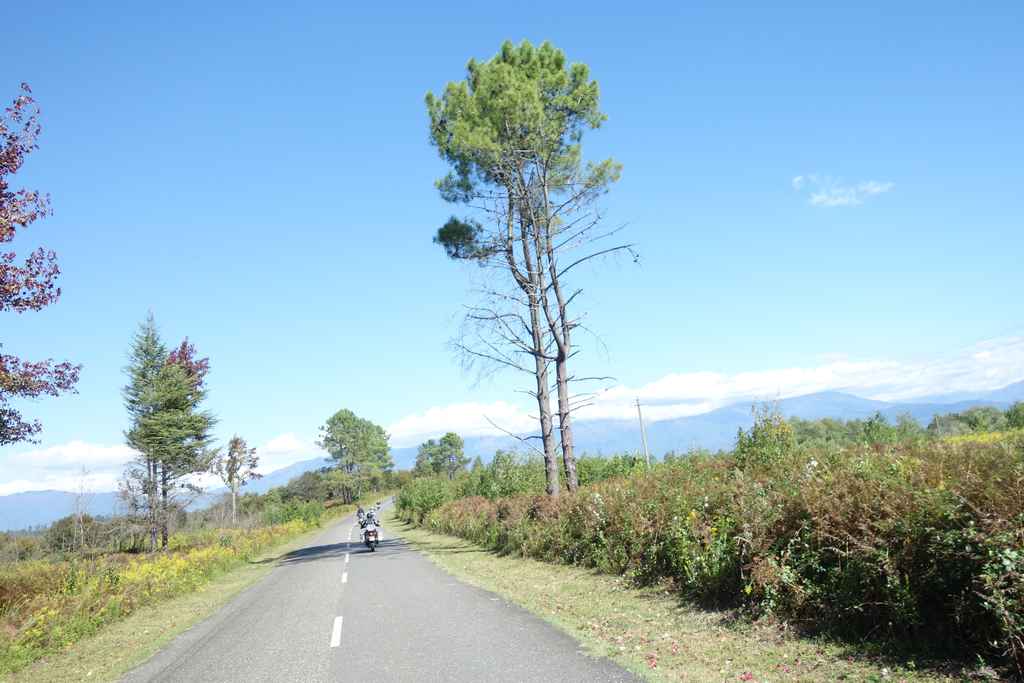 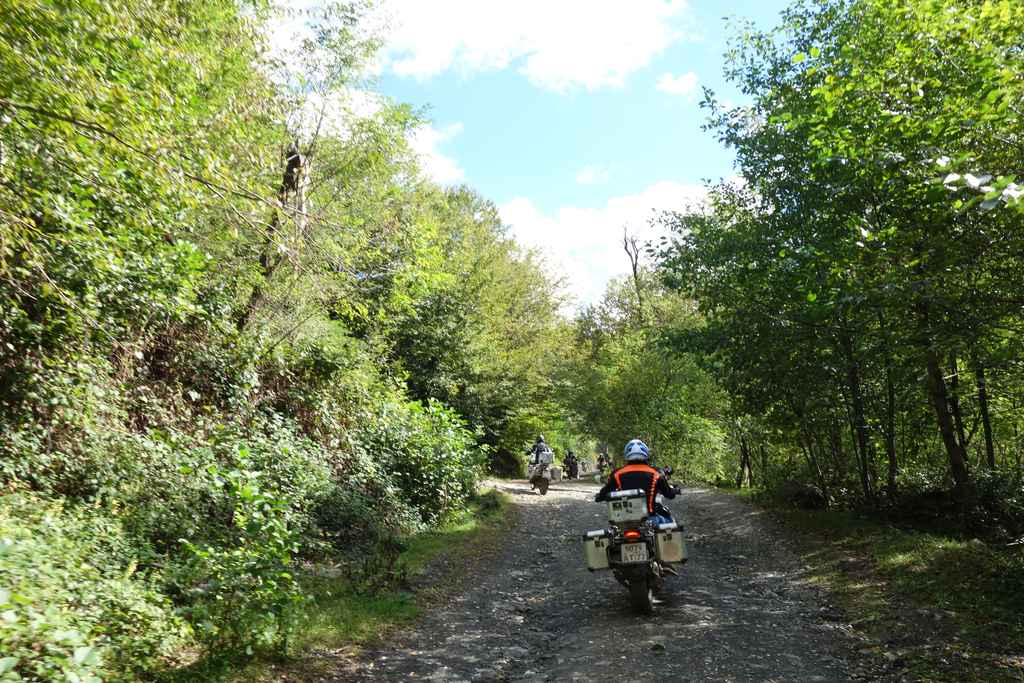 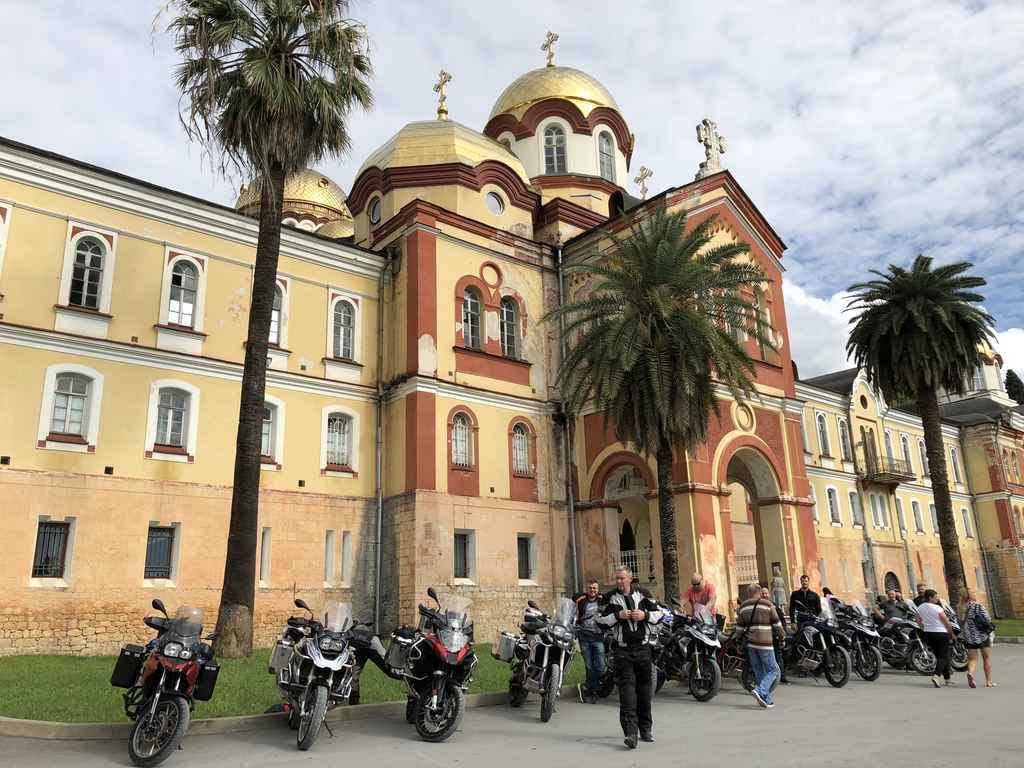 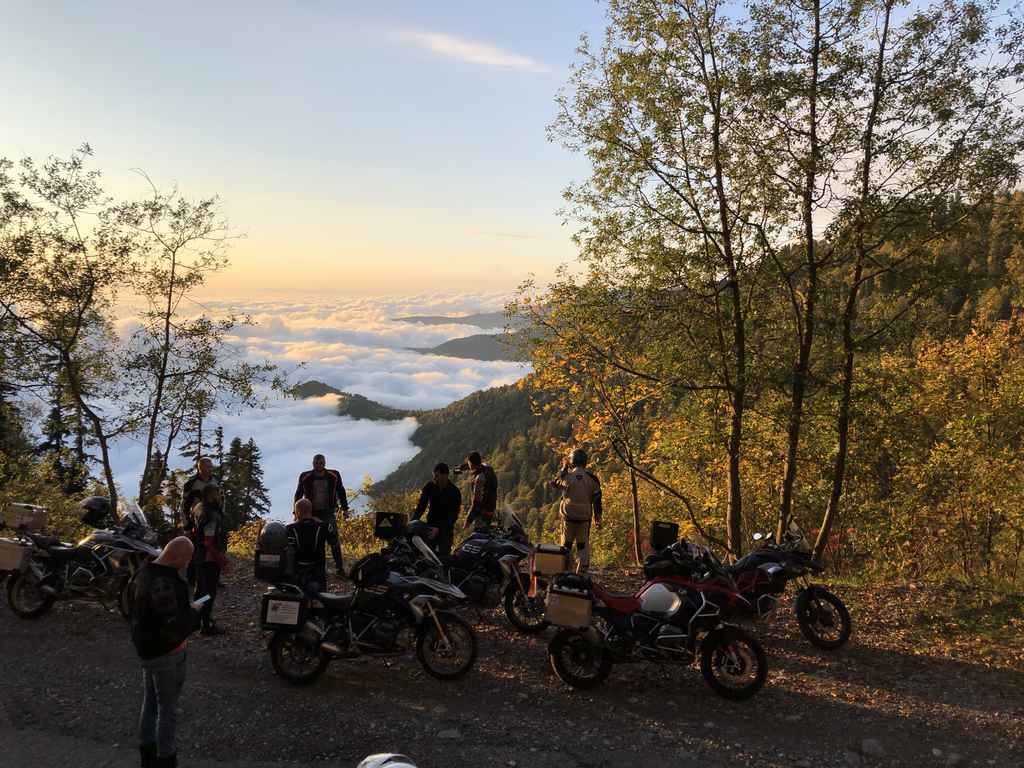 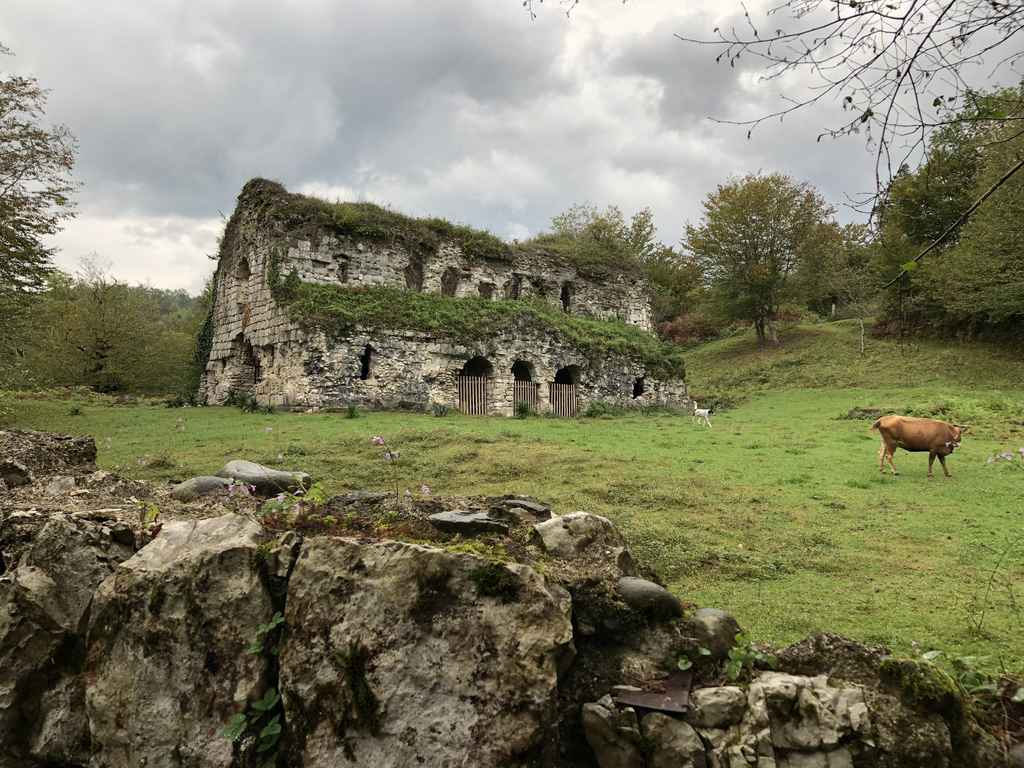 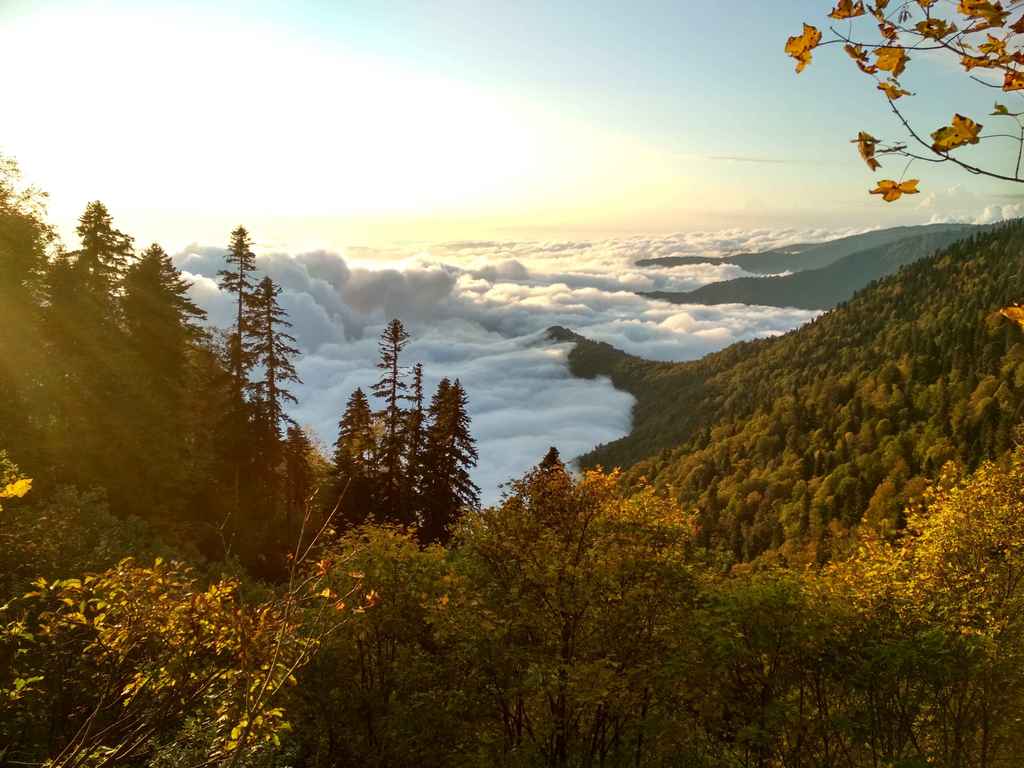 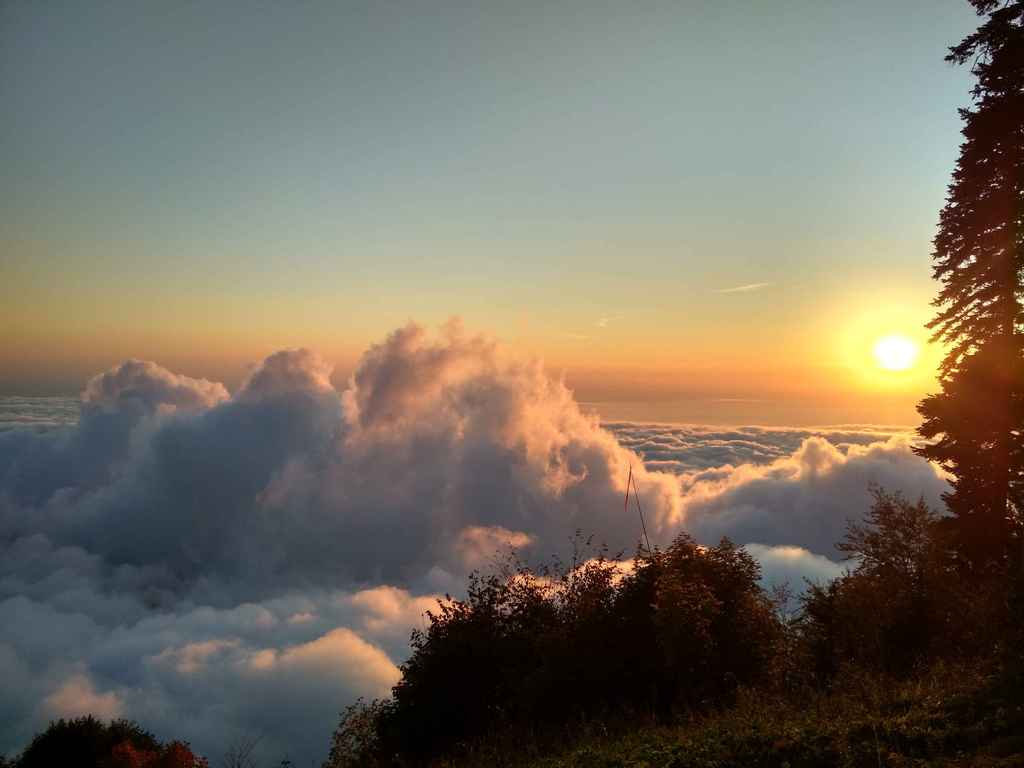 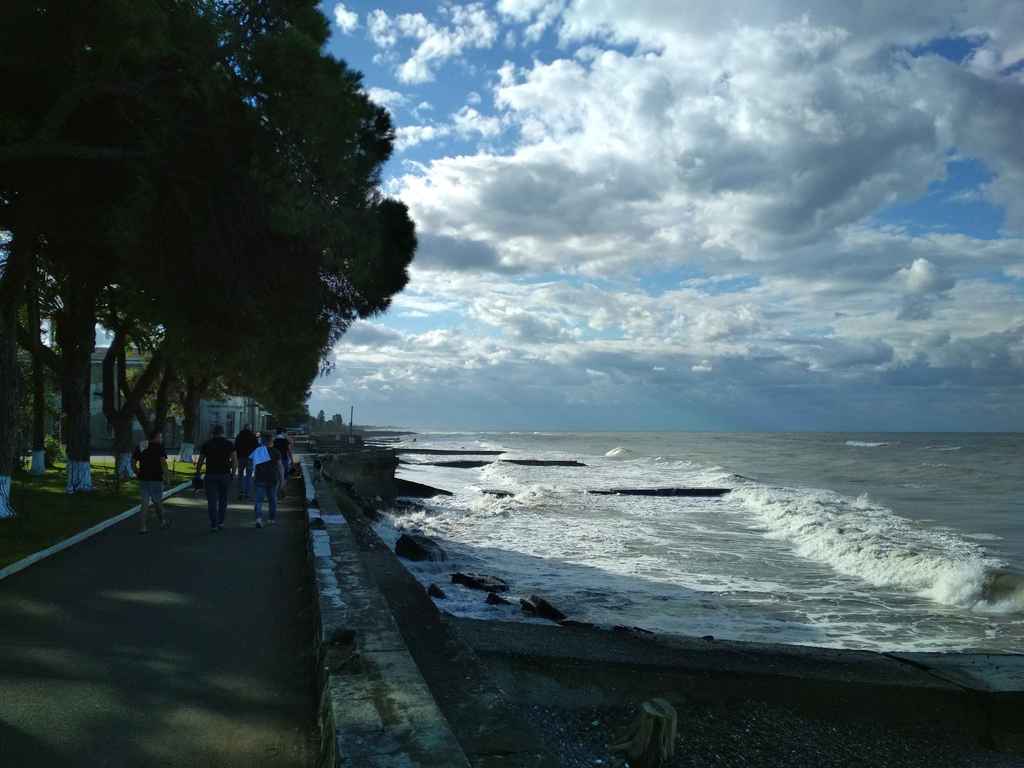 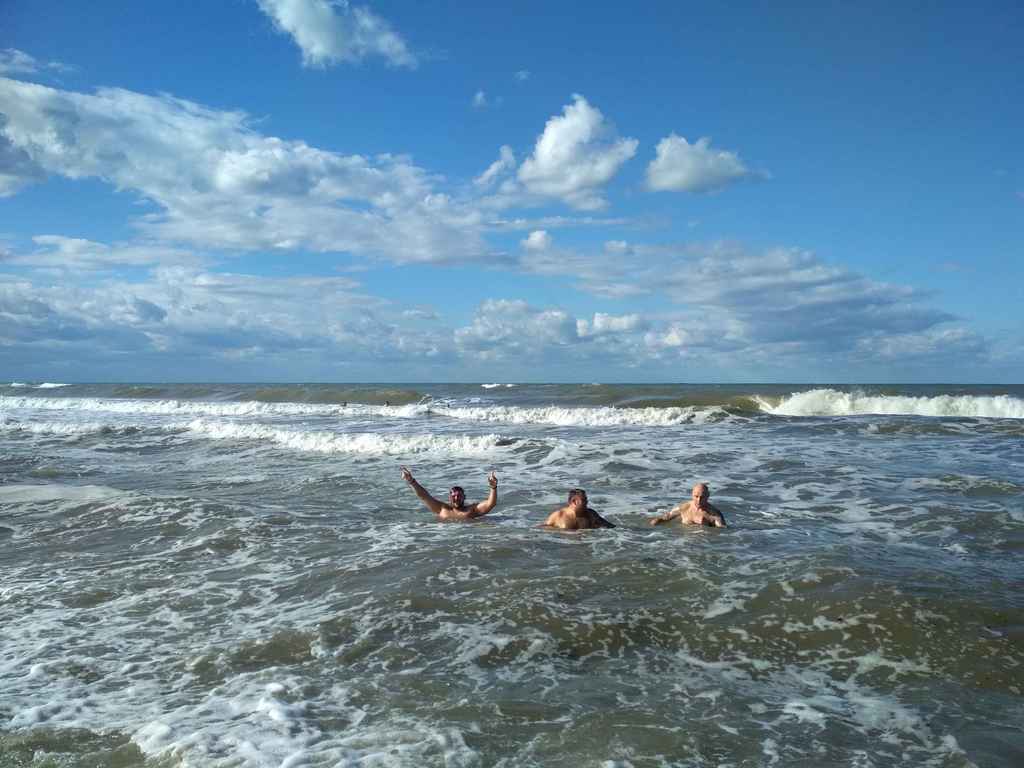 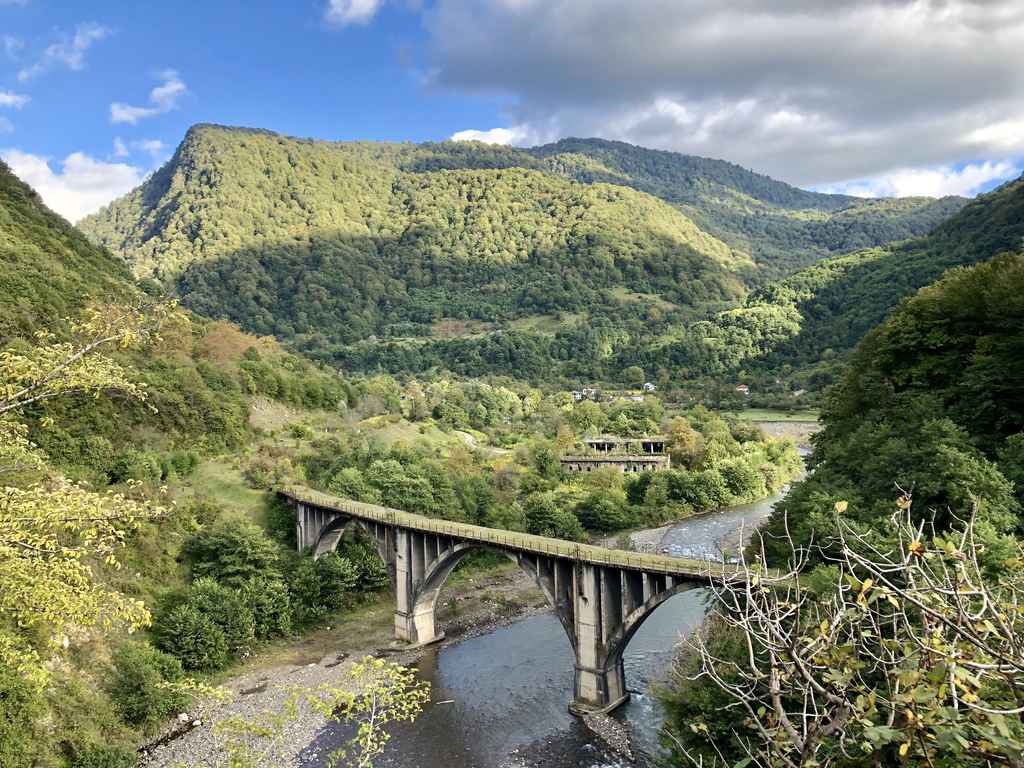 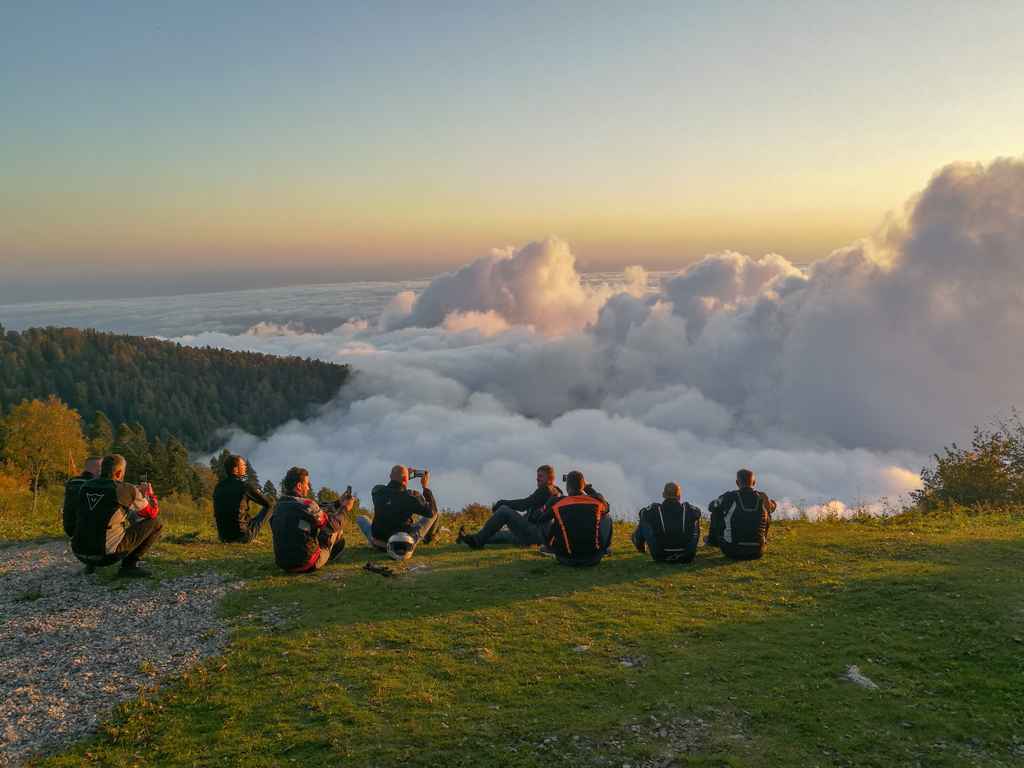 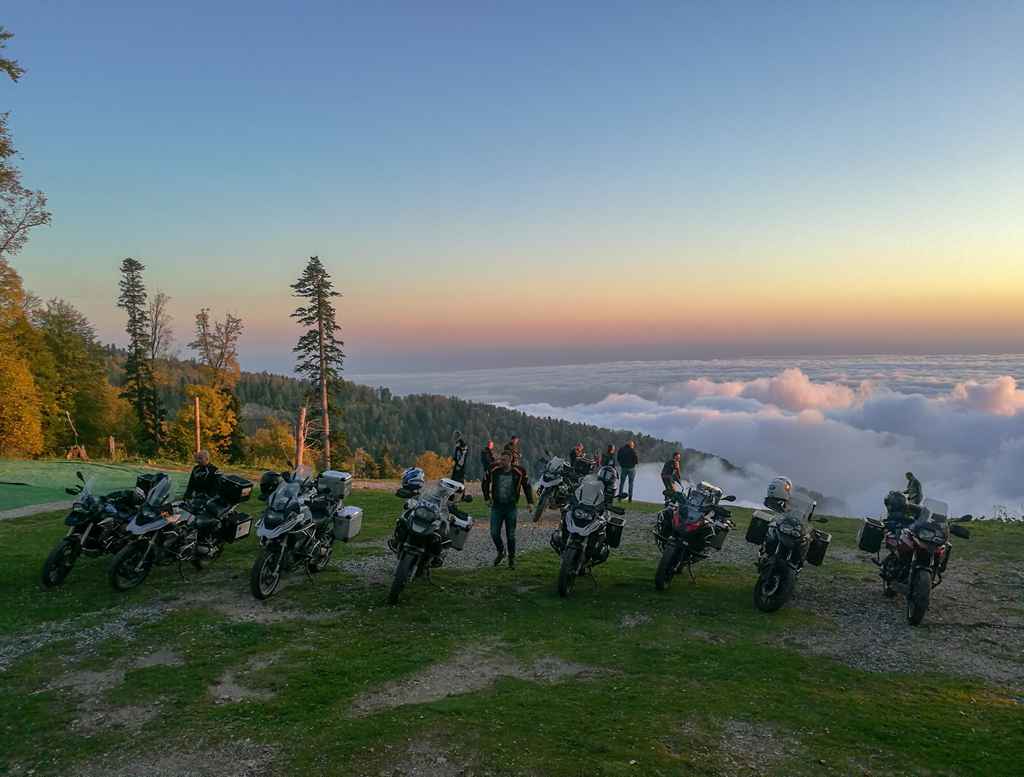 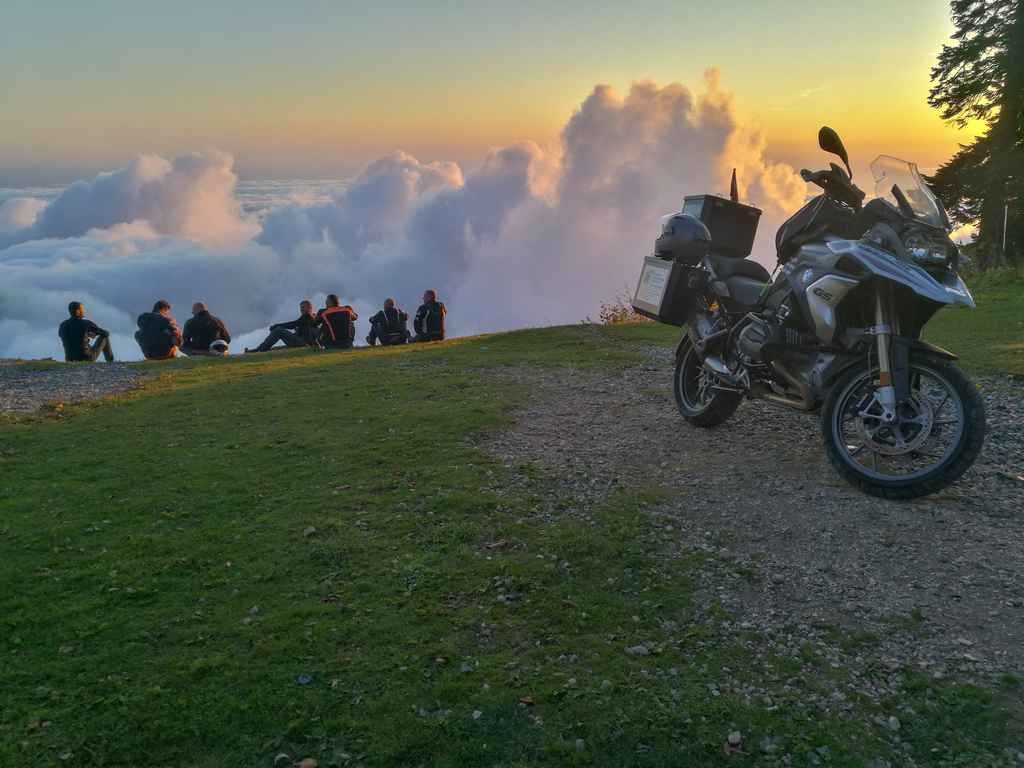 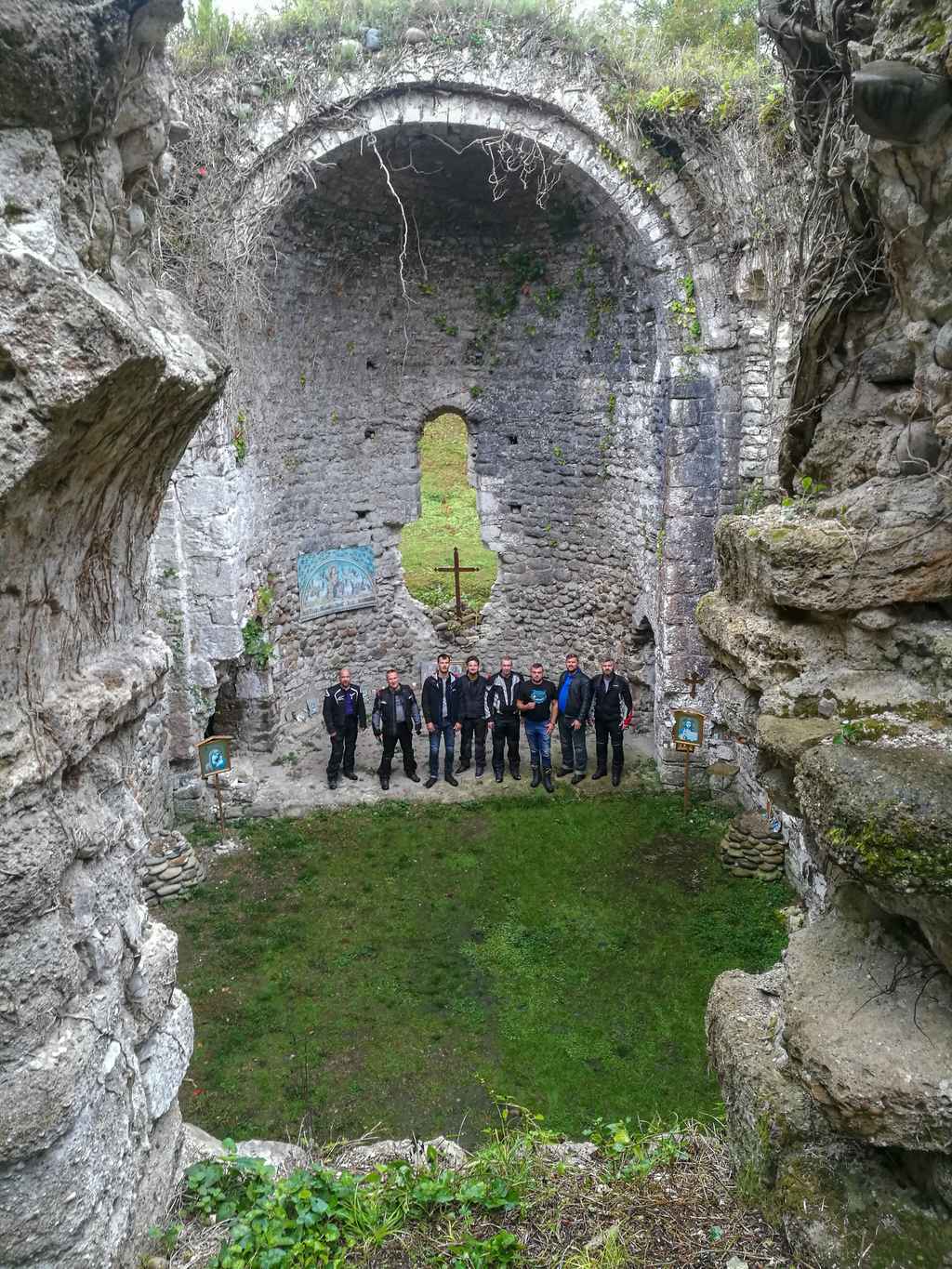 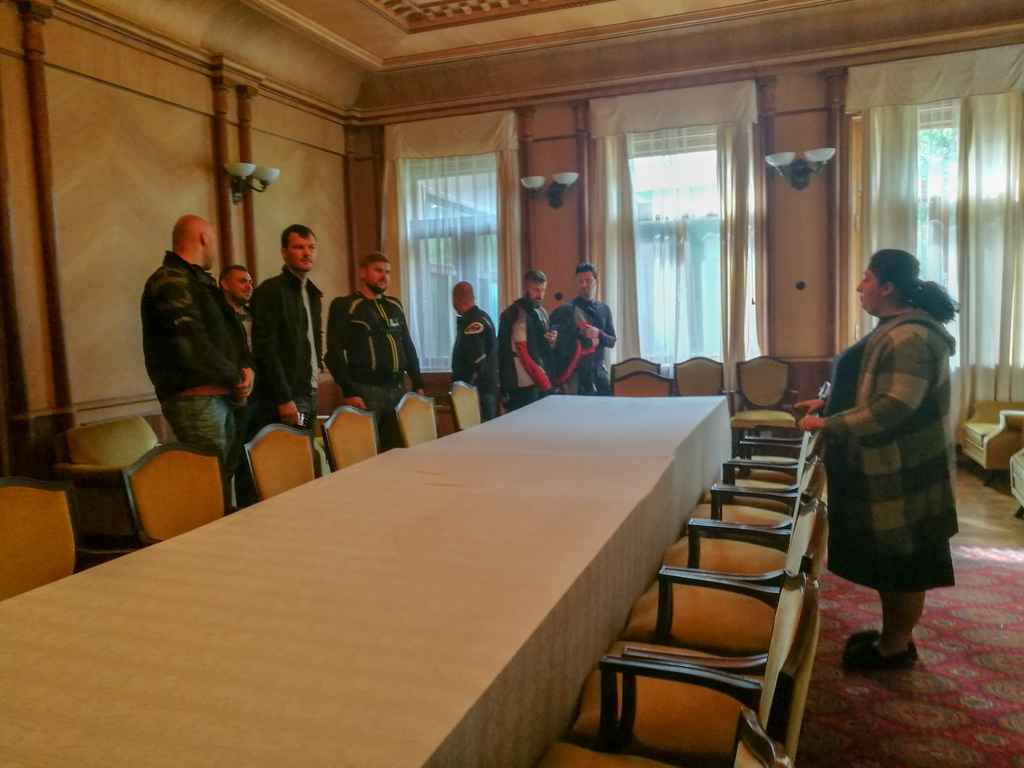 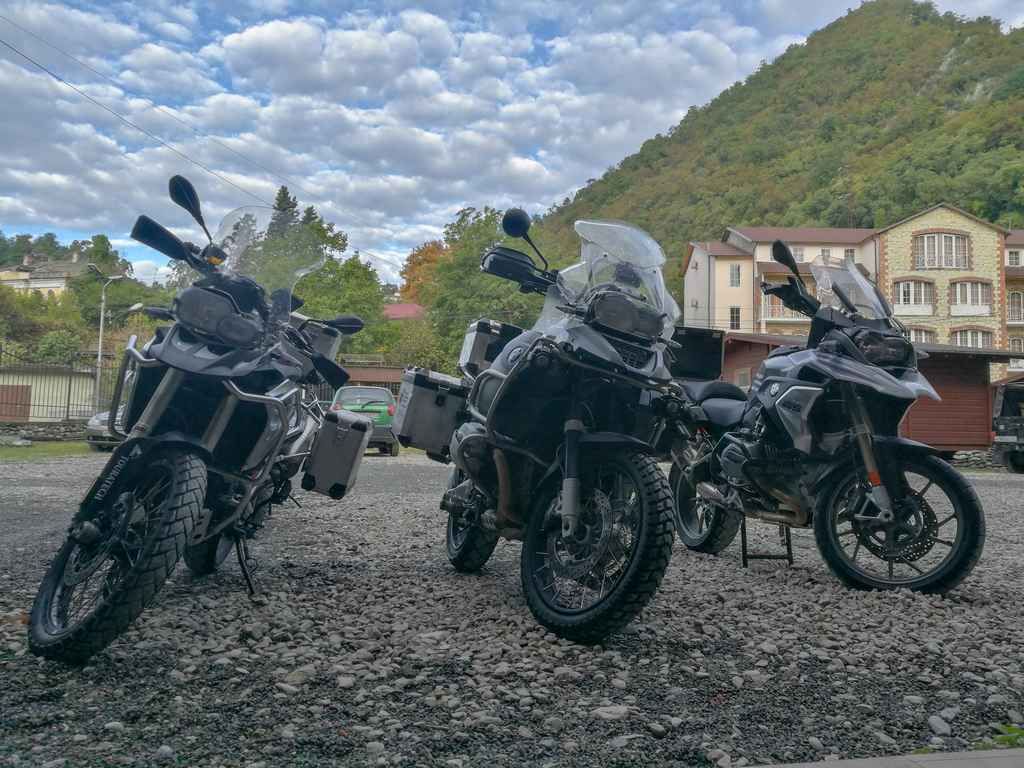 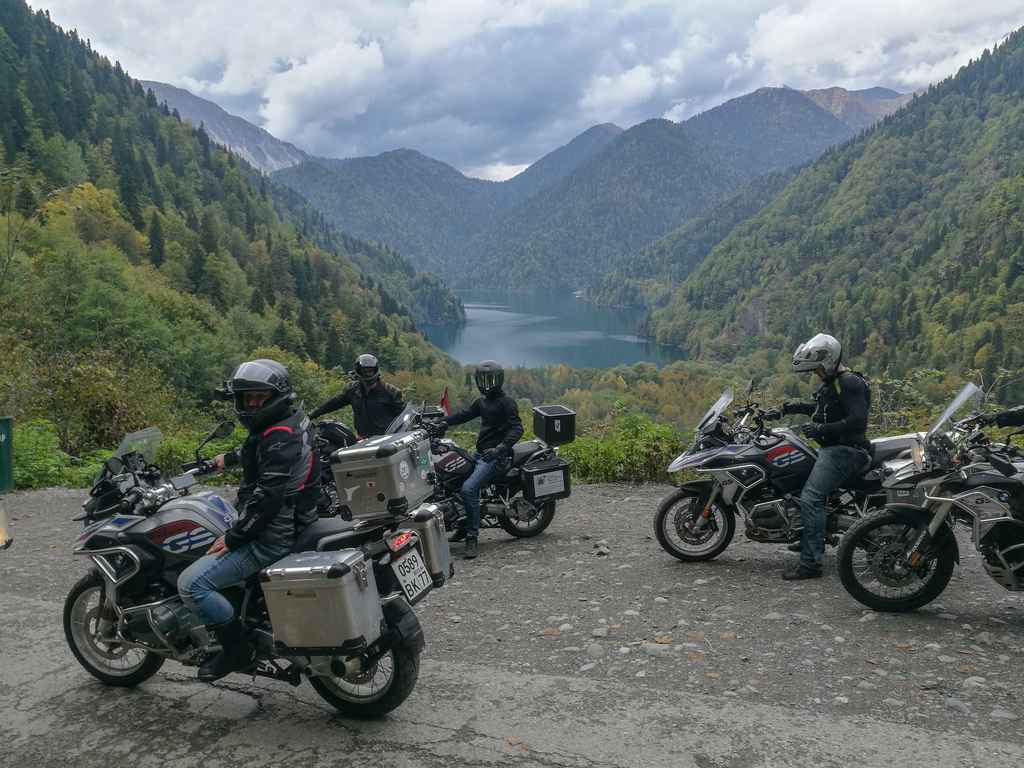 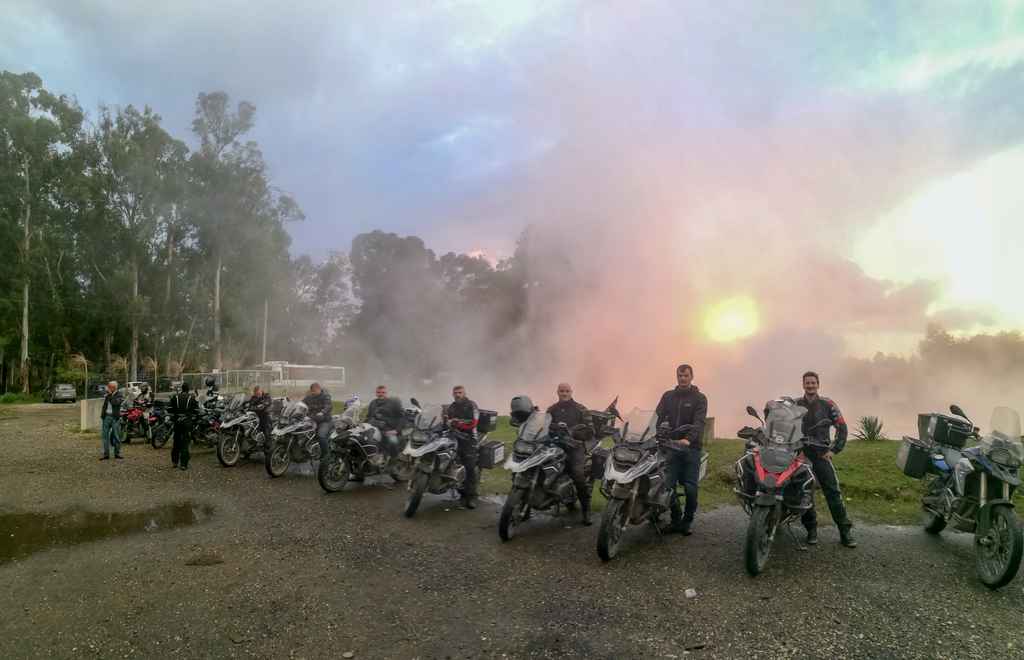 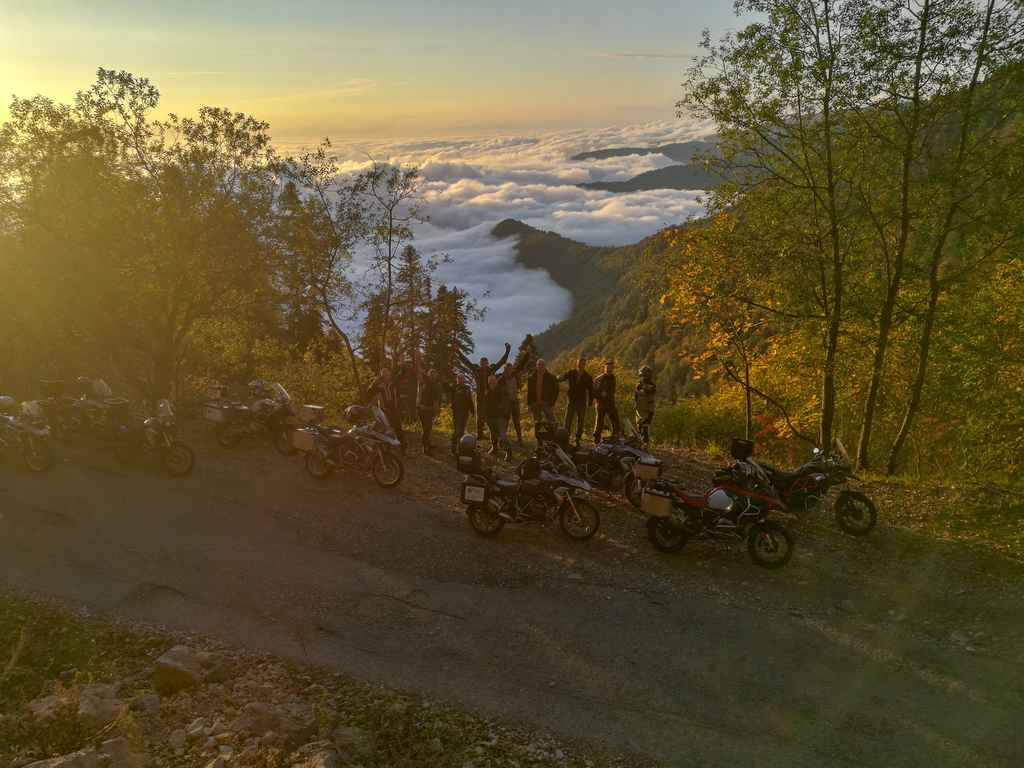 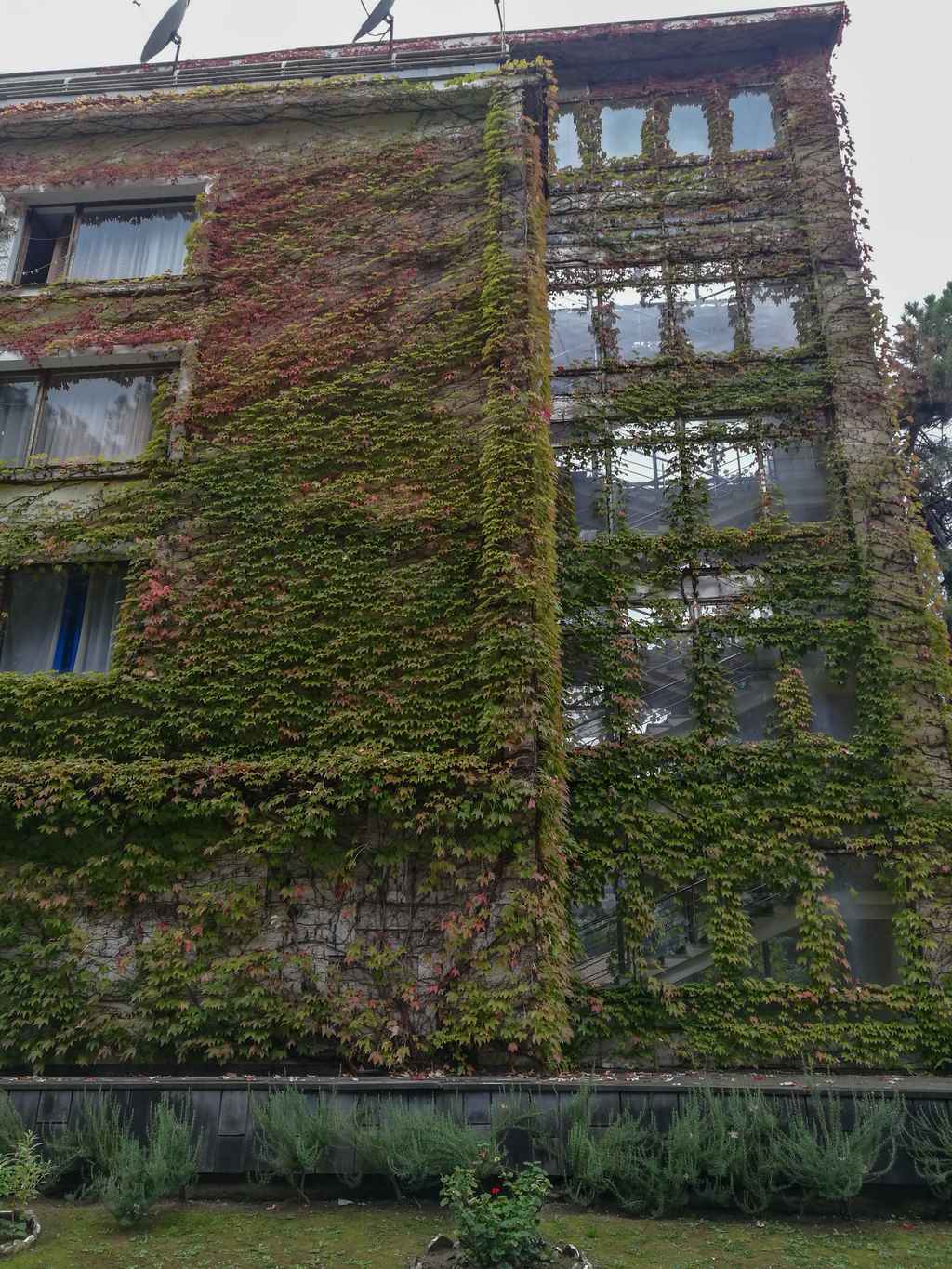 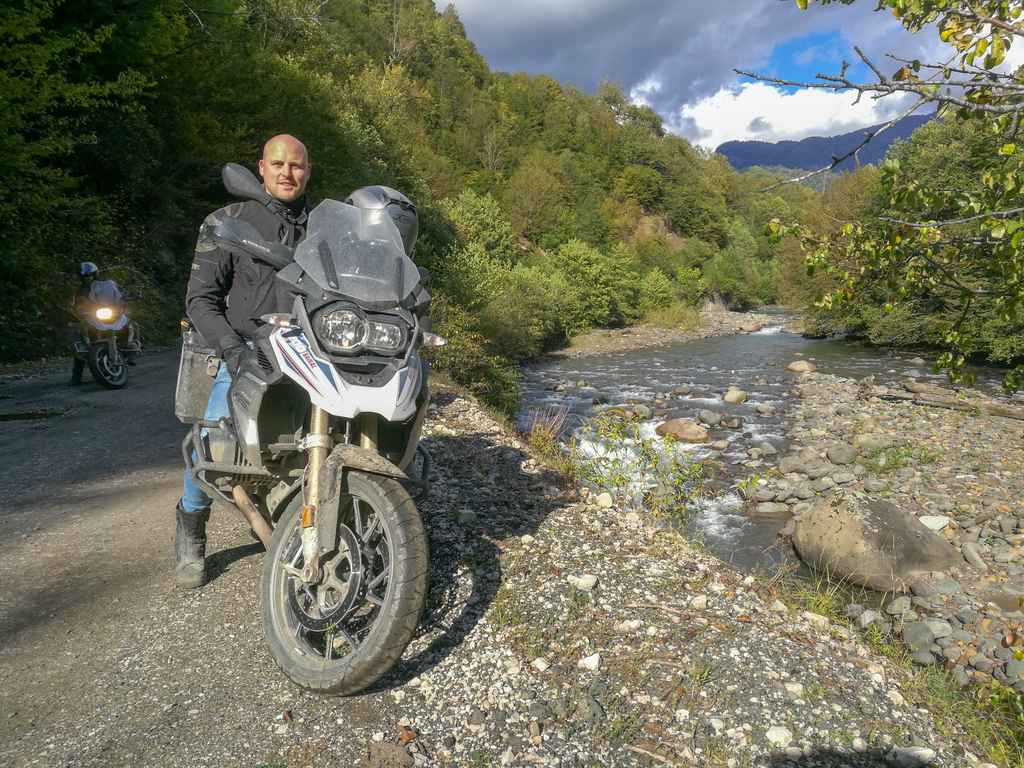