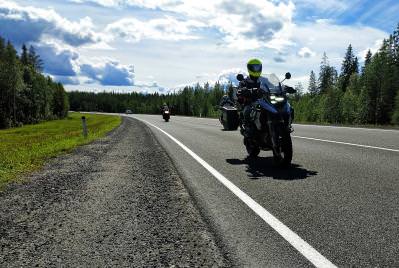 Karelia is one of the most interesting places in Russia for its natural and historical beauty, and it is not surprising that this area is considered a top destination for motorcycle tourists, along with the Trans-Siberian, Altai mountains and the South of Russia: the Crimea and the North Caucasus.

In the Karelian tour, we touch on the ancient history of Russia, the history of the formation of Russia as a European power and the history of even the bronze age, because people lived on the shores of the White sea long before our era and they left a memory of themselves in the form of petroglyphs and stone mazes.  Northern nature also fascinates with its austerity and beauty, an abundance of forests, lakes and rivers. And it is no wonder that people fall in love with this region returning here again and again!

Our team on this tour was small, but interesting and friendly and we communicated very warmly throughout our trip.

The tour lasted 10 days and the main points of the route were: lake Seliger, Veliky Novgorod, Saint Petersburg, Petrozavodsk, Solovetsky Islands, Vytegra, Vologda, Yaroslavl and many attractions in between.

The first on our way was Savvino-Storozhevsky monastery in Zvenigorod - a small, but beautiful and cozy. Then we visited the recently opened monument to the Soviet Soldier in Rzhev and it made a great impression on us! On Seliger, we looked into the Nilova Pustin. At the source of the Volga we had the most difficult ground area for our entire trip. Everyone except the guide dropped their bikes a little on the sand, but they passed this part of the way with dignity and it will definitely remain in the memory for a long time, as a real adventure!  Not far from Demyansk, Anastasia's aunt and her husband live in the only residential building. We visited them and they gave us a very warm welcome, fed us, and told us about the history of these places along the way. And then Veliky Novgorod with its temples and a wonderful monument to the 1000th anniversary of the baptism of Rus. The day was very rich and interesting!

In the morning we went to St. Petersburg, where we walked around the center, took a ride on the Neva and the canals on a boat, and in the evening Anton, a colleague of Mike, a local RMT guide, came to us for dinner on the Urals with a sidecar.  He told a lot about S.Petersburg, about his Ural and like a true gentleman he drove Anastasia to the hotel on it!

The next day we visited Krondstadt and Its main attraction - the magnificent Cathedral dedicated to sailors. A surprisingly beautiful building that has only recently been restored and which we saw in all its glory. Then our way lay in the direction of Sortavala, but first we stopped at the monument "Road of Life", dedicated to the legendary winter crossing over the Ladoga lake, which supplied the besieged Leningrad during the siege of the Great Patriotic war. Through Priozersk on a very beautiful road winding through the hills covered with forest, we reached Lamberg, where we were waiting for a heated bath and a wonderful evening on the lake.

Unfortunately, due to epidemiological restrictions, we were not able to get to Valaam and Kizhi, but we compensated for this by visiting the Ruskeala mountain Park and Kivach waterfall. Ruskeala is a very popular place and it is really interesting as a natural and man-made object. We took a ride on a bungee, looked at the marble quarry and then along a very beautiful road reached Petrozavodsk, near which there is a waterfall Kivach. It rained in the morning, which ended only in the late afternoon, but it did not interfere with the good mood in our team and the impressions we received from this day.

The next day was a long run, but it was a great Kola highway, from which we went to various attractions, such as the white Sea petroglyphs-thousands of years of traces of the peoples who once lived here. The drawings of people and animals left on the rocky plateau impressed all of us, but there are many such places in Karelia - on Ladoga, Onega and on the White sea. I remembered the Altai petroglyphs and found a certain similarity in them! In July, when our trip took place, it was just the season of cloudberries and we often saw this berry being sold on the roadside, completely unusual in taste, unlike anything else. And of course I would like to note the white nights - even at midnight there was only a light twilight and dusk literally only for one hour, after which the dawn began.

Unfortunately, it was not possible to visit Solovki due to the quarantine, but we took a sightseeing tour on a boat on the White sea and sailed past the Solovetsky island, the Bodies and a very good guide told us about the history of this region, about the Solovetsky monastery, the history of the Solovetsky camp, about nature, stone labyrinths and much more. And although we did not set foot on the island itself, we saw it and learned a lot. Anastasia after our tour went to another Islands, and the men went to the steam bath.

The next day was the longest run. Rout from Kemi to Vytegra is more than 500 km, some of which we ride under heavy rain and hail. In Medvezhegorsk we had lunch in a real, but very good railway cafeteria, we visited the Museum-locomotive, went to the city beach from which our Vladislav as a child with his father went swimming in a rubber boat. Then we stopped on the Finnish defensive fortifications, which were cut right out of the rocks. After Medvezhyegorsk, we went to Sandermokh-the tract where the last batch of the Solovetsky camp was shot, more than 1,100 people and many more belbaltlag prisoners and residents of Karelia. A sad place - but this was the final part of the story that we heard on the ship near Solovetsky island. Well, in Vytegra we were waiting for a wonderful hotel, built in the building of the lighthouse from which we watched the magnificent sunset!

Vytegra is an old, but purely provincial town, which has one very interesting attraction - the Museum of Soviet submariners, arranged in a real submarine, in 1994, removed from combat duty, transported to Vytegra and inside which a wonderful Museum is arranged! In it you can learn about the history of this kind of ships, about the war period and about the heroes of submariners, learn about the structure of the ship and the life of the team. On the way to Vologda, we stopped at a completely different, but also unique museum-the Feropontovsky monastery, painted by the great Russian icon painter Dionysius. Here are preserved his frescoes, which are a UNESCO world Heritage site, and Dionysius is also known for painting the assumption Cathedral in the Moscow Kremlin. An amazing place that could survive all the shocks of history and preserve our historical heritage.

Vologda is an old Russian city filled with history! Wooden houses with carved architraves, the Kremlin, the old bell tower and of course the St. Sophia Cathedral, which we visited of course. From Vologda our way lay to Yaroslavl, but direct roads are not interesting to us and we went through the village of Kukoboy with an amazing pseudo-Russian Church, through poshekhonye we reached Rybinsk, with its very cozy center. And in Yaroslavl, we were waiting for a very interesting tour with a wonderful guide Anna-who told us about the city, its history, sights and legends. The city is very beautiful and perhaps-this is the most striking decoration of the Golden Ring of Russia.

And the last day of our trip was supposed to pass through Myshkin, Uglich and Kalyazin, but creative improvisation should always be present after Myshkin and Uglich - small but interesting cities on the Volga, we went to Rostov the Great, on the way visiting the amazing Boriso-Gleb monastery, built with the blessing of Sergius of Radonezh. In Rostov, we had a delicious lunch at the Alyosha Popovich cafe and walked around the Kremlin, climbed the belfry, where we enjoyed a beautiful view of the ancient city. The Rostov Kremlin is in very good condition and along with Suzdal is a wonderful architectural object with an amazing aura of antiquity.

We can say for sure that this trip will remain in the memory of all participants for a long time. Every day was filled with impressions and we all returned home filled with emotions, new knowledge about our huge country and a sense of a small life lived in these 10 days. The Russian North fascinates and makes you fall in love with yourself, and traveling on a motorcycle allows you to get maximum pleasure and a sense of belonging!

Travel - and the world will open up to you! 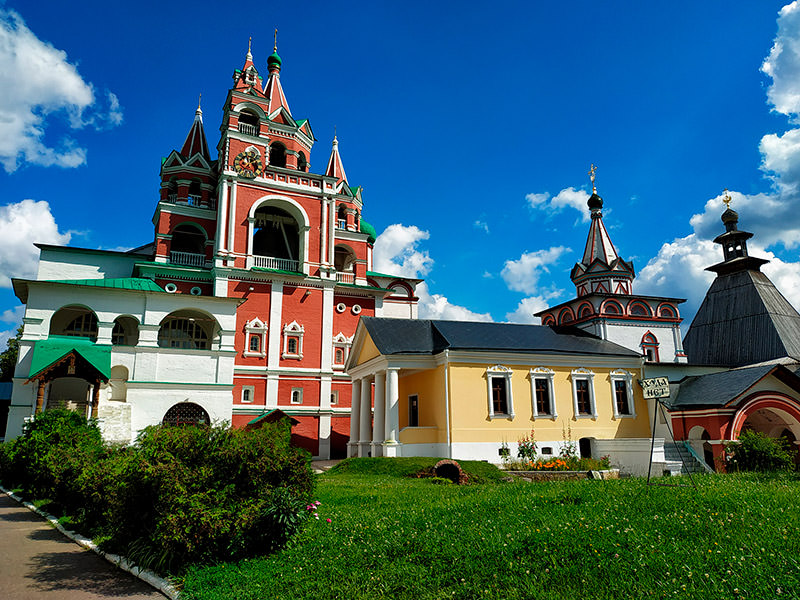 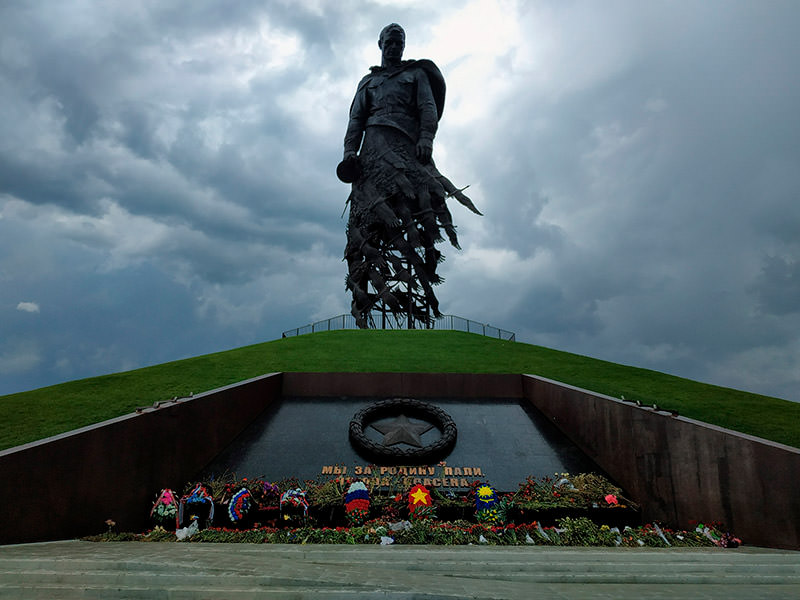 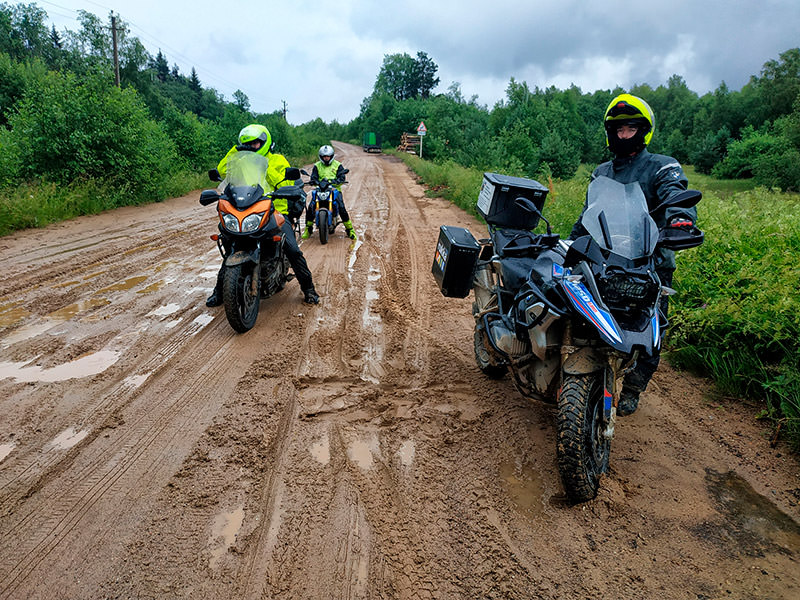 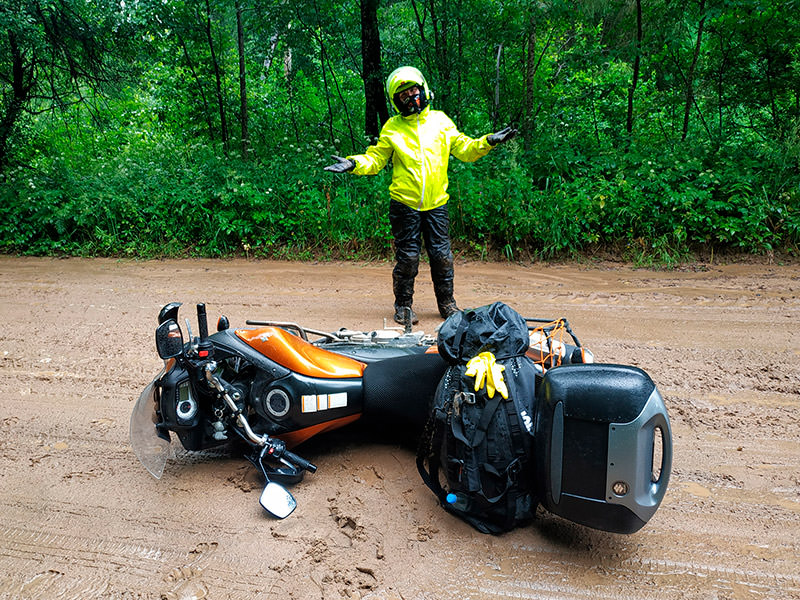 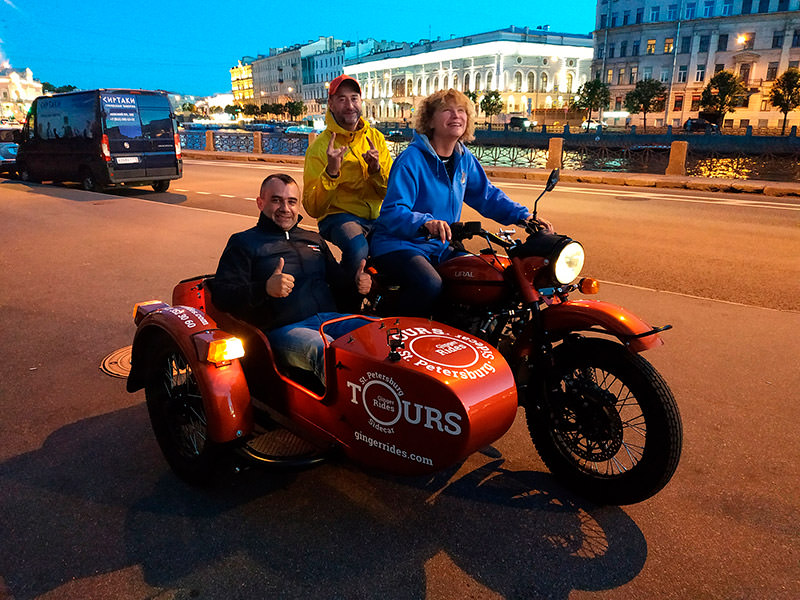 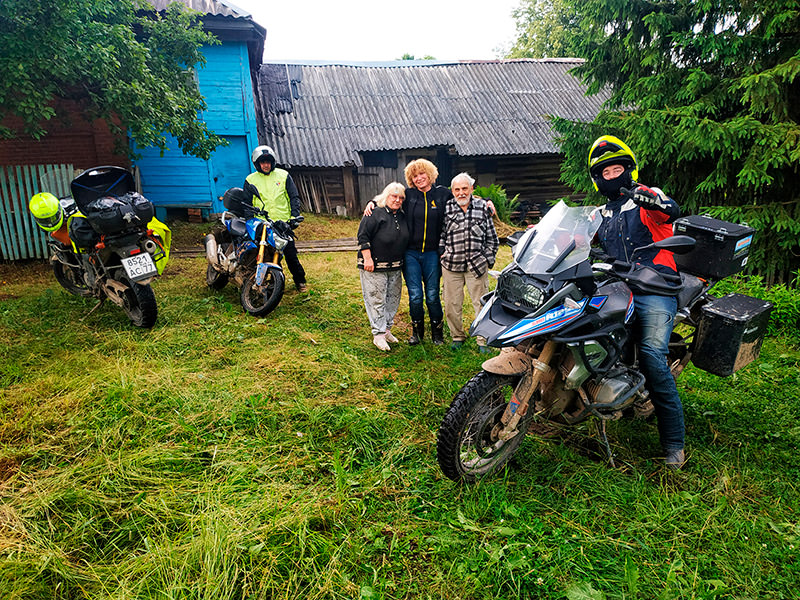 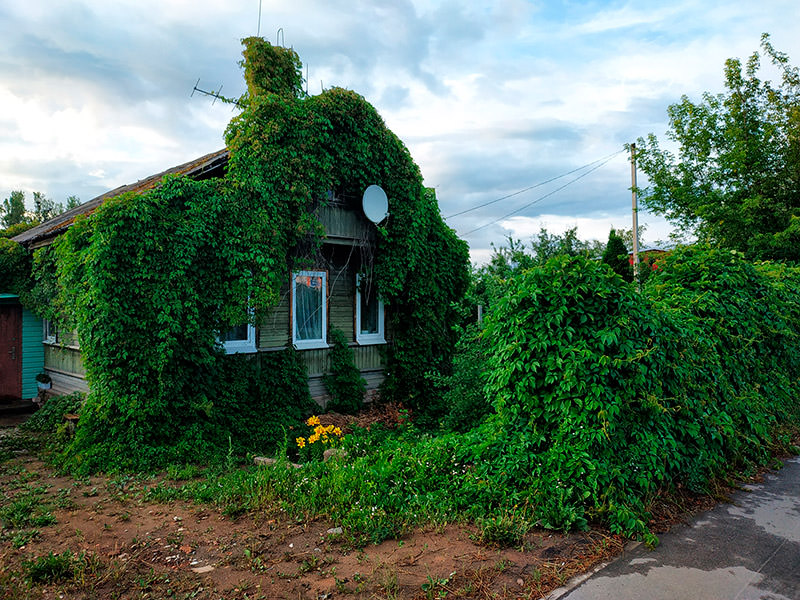 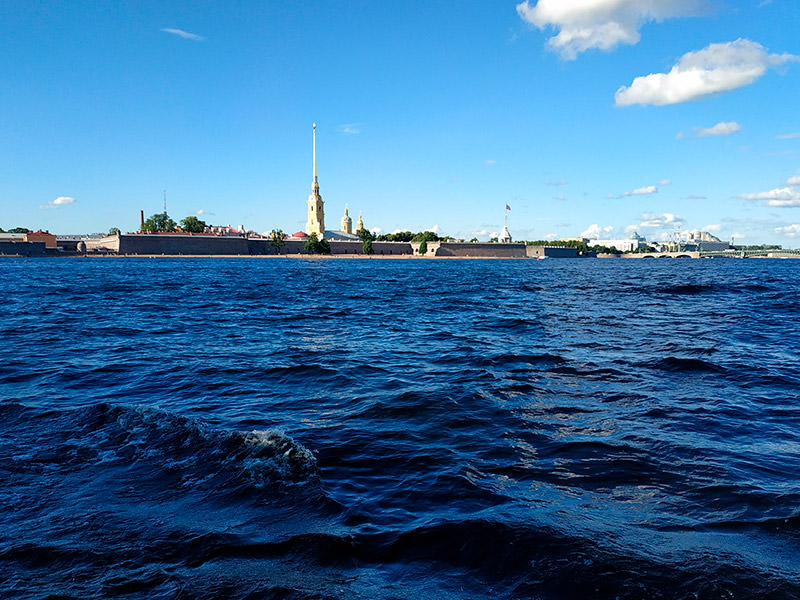 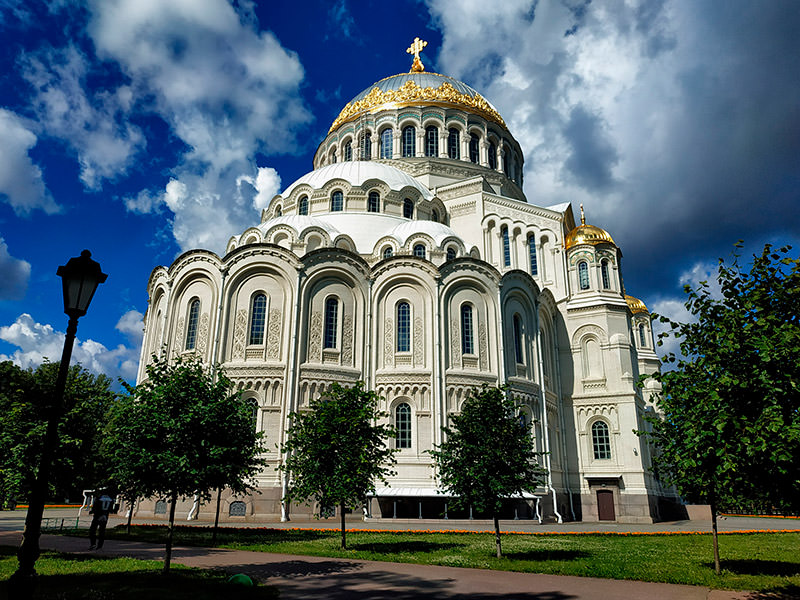 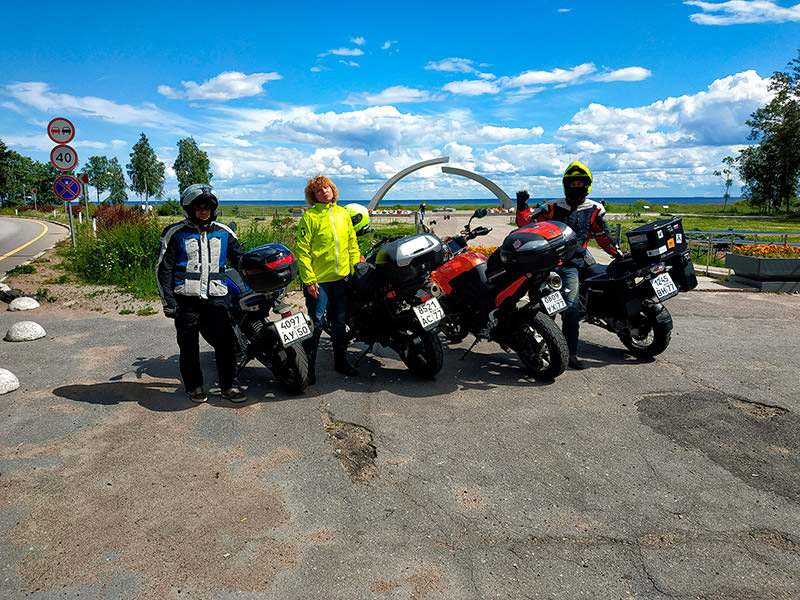 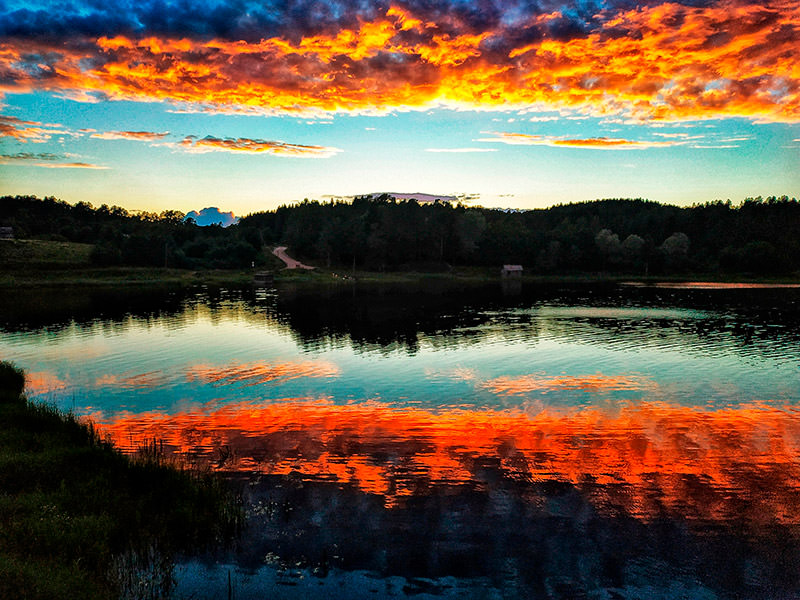 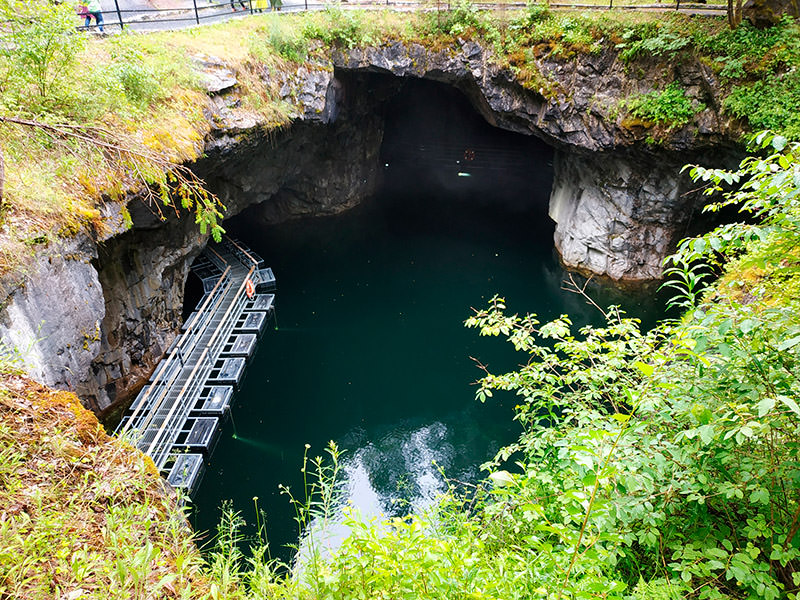 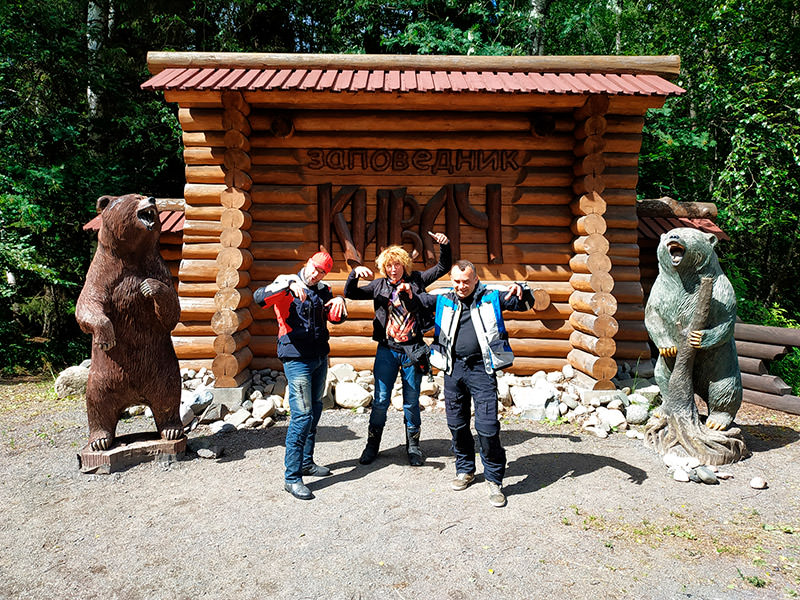 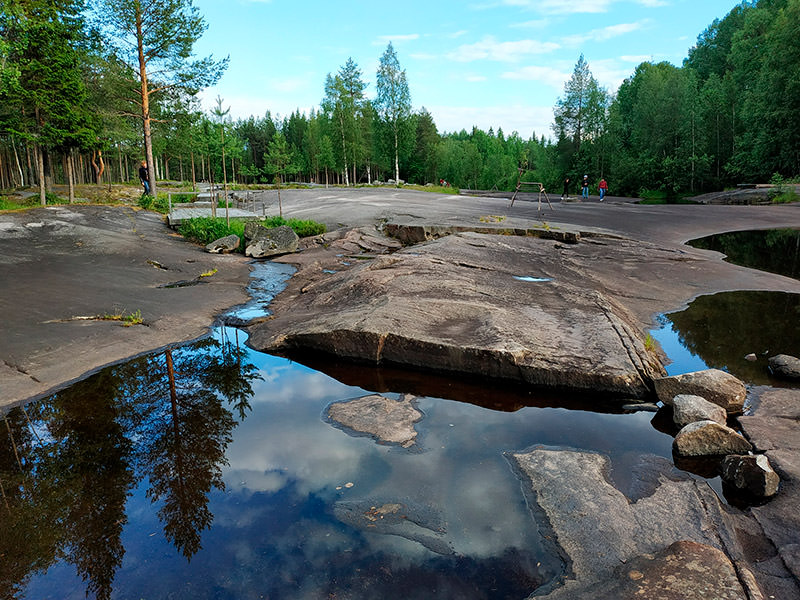 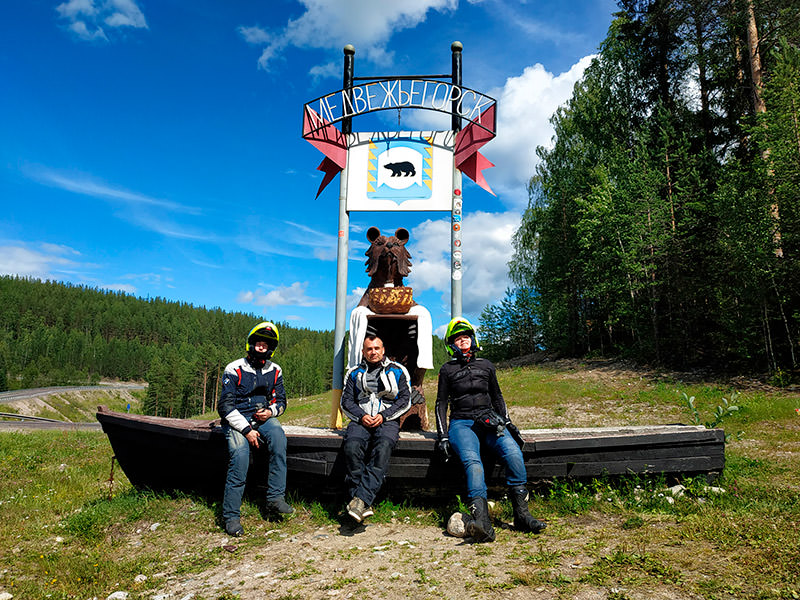 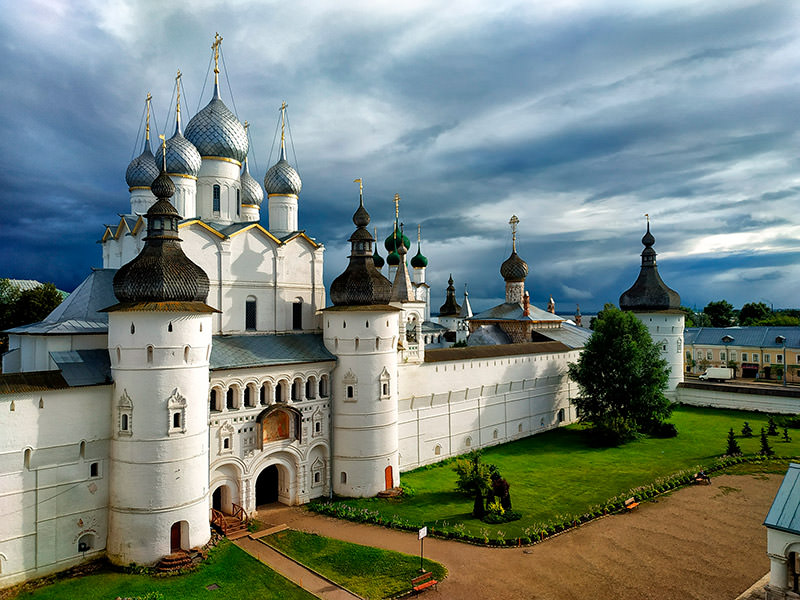 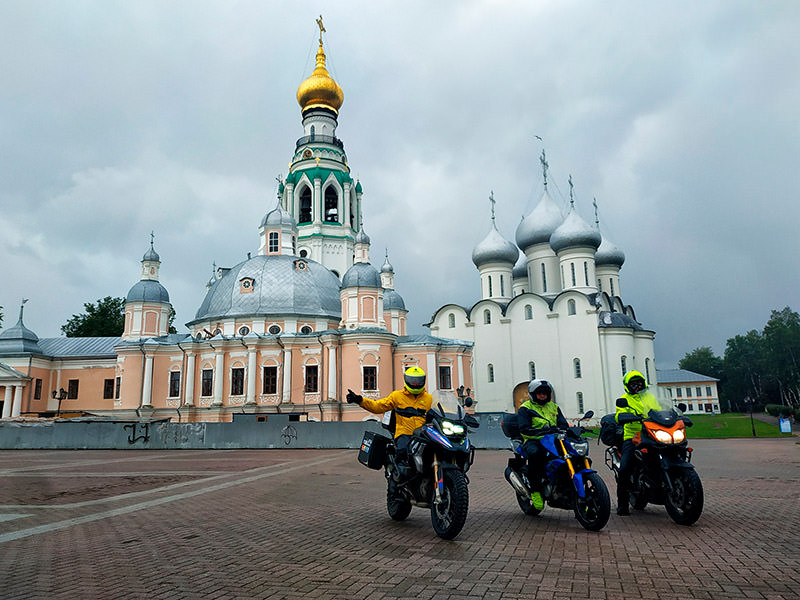 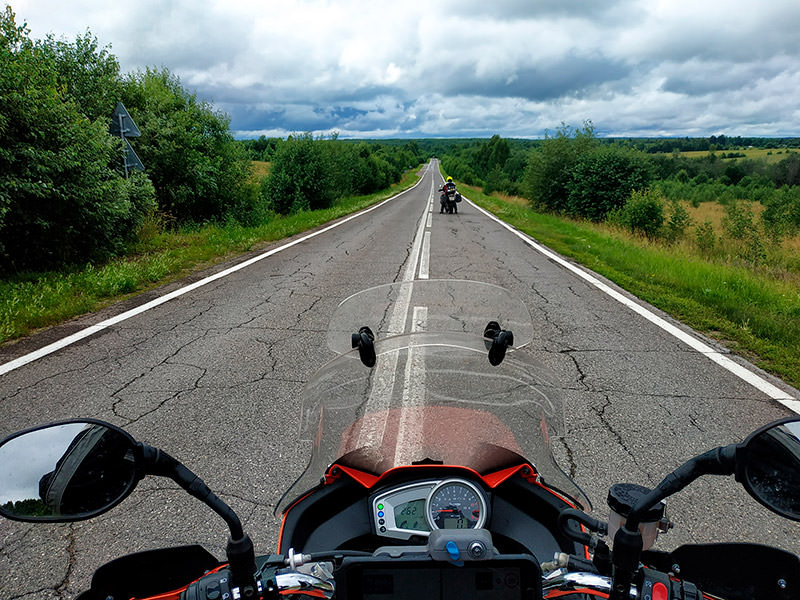