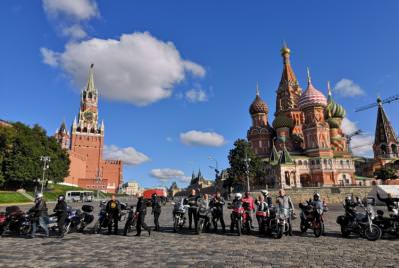 In July-August 2019 we hosted a group of German/Austrian riders that came to Russia with their own bikes. Our guide Anton, that leaded the tour in Russia, shared his impressions about that ride. Enjoy reading and sign up for next year tours, we will do at least 3-4 Moscow-Saint-Petersburg and Moscow-Saint-Petersburg-Karelia/Golden Ring tours. You can see dates and details in the Tours and Calendar sections.

Three days after doing the Road of Bones tour I was meeting a group of travelers from Austria, Germany and Switzerland to start a new tour.

16 participants on 13 bikes, a support vehicle with a trailer and two guides (my colleague Anton and I) were about to spend 10 days in Russia visiting Moscow, St. Petersburg and all other little towns and villages while moving to the direction of Russia-Estonia border. This was a 2nd collaboration with our Austrian partner, making a European round trip where I was responsible for guiding the group on the Russian part of the journey. Full itinerary was Vienna-Ukraine-Russia-Vienna (through the Baltic States).

After crossing Russian border, which was first challenge for our guests, we started covering our first 100 Russian kilometers. Amazing road running mostly through the endless forests brought us to Bryansk – a 400 000 population city, where a delicious dinner was enjoyed in one of the traditional Russian restaurants.

The next day everyone was extremely excited as in 400 km were about to reach Moscow, county’s capital. It was a great riding through central Russian farmlands, passing old villages and towns. In the early evening we finally arrived to Moscow and after wading through tough traffic reached our hotel situated in the very city center.

Two days of sightseeing were waiting for us. With a help of a German-speaking local guide we have visited the Kremlin, which is not only the president’s residence but also the spiritual center of the country. A walking tour in the downtown allowing us to see the world’s famous Red Square, Bazel’s cathedral and Bolshoy theatre and of course the Moscow metro tour was as great as the dinner which took place in one of the gastronomic restaurants, located in Moscow’s biggest green area – Gorky park.

Such an intense program was not enough for this group so the next day we decided to visit the museum of Cosmonautics which is one of the most hi-tech museums of the country. A visit to VDNKH (abbreviation for Soviet people’s household fair) which is nowadays turned into a huge recreation zone with plenty of attractions, outdoor activities and food courts highlighted the whole stay in Moscow.

The following morning, we started with a group photo on the Red Square where we managed to line up all the bikes and pose a little bit till the security officers kindly asked us to leave the area. With secondary roads and a pontoon ferry crossing the Volga River we approached Tver, a fantastically beautiful city 200 km away from Moscow. We stayed there in the luxurious Grand Hotel Zvezda which later was considered by most of the members of our group as the best hotel of all the entire trip.

Novgorod was our next stop, and it is impossible to skip Valday area which was right on our way to that one of the oldest cities in Russia. A visit to a 17th century Russian orthodox monastery, lunch at the national reserve park, a samovar tea drinking pause in Krestsy village all of these made our day. Founded in the 9th century, Novgorod is famous for being a part of ancient Hansa-union and establishing the first ever democratic state on the territory of today's' Russia. From the windows of Rachmaninov hotel where we stayed for a night, we were staring at the cozy old Novgorodian churches which are protected by UNESCO.

The next day was a 300 km. ride to St. Petersburg, Russia's 2nd largest city. First half of the day was easy in terms of driving – nice secondary roads, low traffic, beautiful scenery. In the afternoon we reached Gatchina, a suburb of St. Petersburg where one of the former royal palaces is located.

Parking all our 15 bikes was a pain in the neck as all the streets in the city center are either narrow or with a one-way traffic or even only for pedestrians. For some reason the restaurant where we were supposed to have lunch was in the building next to the city's central police station. I think we have spent about 20 minutes just for finding a perfect parking spot for all of us. Nevertheless, we did that and after a perfect 4-course business lunch continued the journey.

Entering St. Petersburg is what I mostly like in that kind of tours. Cruising down the absolutely straight roads of the city you start noticing how modern buildings are slowly being substituted by architecture of the soviet era and finally by the magnificent architectural masterpieces of the 18-19 centuries. Riding along the embankments of the Northern Venice we reached one of the brand-new hotels Holiday Inn, located in a very quiet and peaceful area of the city.

Three days of rest were planned for St. Petersburg. Firstly, we did the official program with a local guide Olga, who showed us the most of the city’s jems. Both walking and using the public transport we approached The State Hermitage museum, one of the biggest art-museums of the world. Satisfied with studying the world’s masterpieces we took the hydrofoil speed boat to get to Peterhof – a former official residence of Romanov royal family which is now considered to be as the most visited place in Russia. Glorious park, with dozens of palaces hidden between the green lanes and hundreds of fountains is something so very much special and definitely a must-see thing in your life.

After a team dinner we went to the Ostrovsky square a place where a key event of the tour used to be happening – Harley Days 2019. St. Petersburg is proud to host this one of the biggest motorcycle activities of the year. Rock music, plenty of beer, well you know what I mean. Of course, we spent the whole night there.

The next day again we started with sightseeing. A 1,5 hours boat trip down the rivers and canals of the city was just perfect even though the weather was a bit against us. It was about +10 degrees, so we have decided to warm ourselves up with a few bottles of champagne. That helped a lot I must say.

In the second half of the day Olga took us all to Tsar’s village – a famous royal residence where in a fantastic baroque Catherine’s palace a famous Amber Room is located. We were returning to the city center of St. Petersburg in a great mood, amazed with what we have seen and of course thinking about continuing partying at the Harley Days.

In the morning half of our group, those who were riding Harleys took part in a motorcycle parade – a 2 hours ride down the streets of the city center. Empty streets, blocked from the traffic by local police, thousands of people waving from the pedestrian lanes and roars of the engines were exactly the things we needed at that very moment. In the afternoon we joined others who were enjoying the beer next to the main stage of the festival. What a wonderful three days they were.

After spending amazing time in St. Petersburg my international group was continuing its European journey. To bring them to Estonia-Russian border I have decided to use one of my favorite roads in that area. We were riding along the perfect asphalted secondary roads through the countryside area to the direction of Koporie. Today it is a small village in 80 km to the West from St. Petersburg. But the ruins of ancient Koporie fortress tell us much more. Starting from the 12th century it was a Russian military outpost which was constantly under attack of German and Swedish knights.

Next to the fortress entrance local farmers were selling fruits, vegetables and bakery. My group was so excited to try gooseberry and black currant and also to try homemade apple pies, that I am pretty much sure – we made the daily revenue.

All the guys said that the Russian part of their route exceeded their expectations and they were so very much happy spending amazing time here. I hope that they have left the country with unforgettable feelings and emotions and one day they will be back! 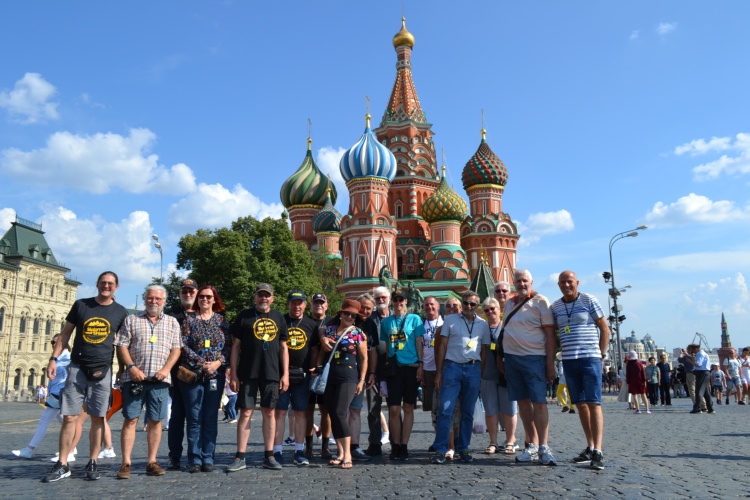 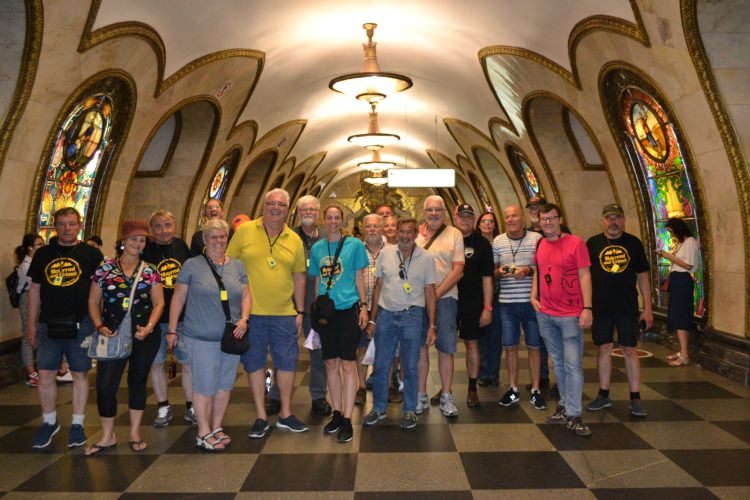 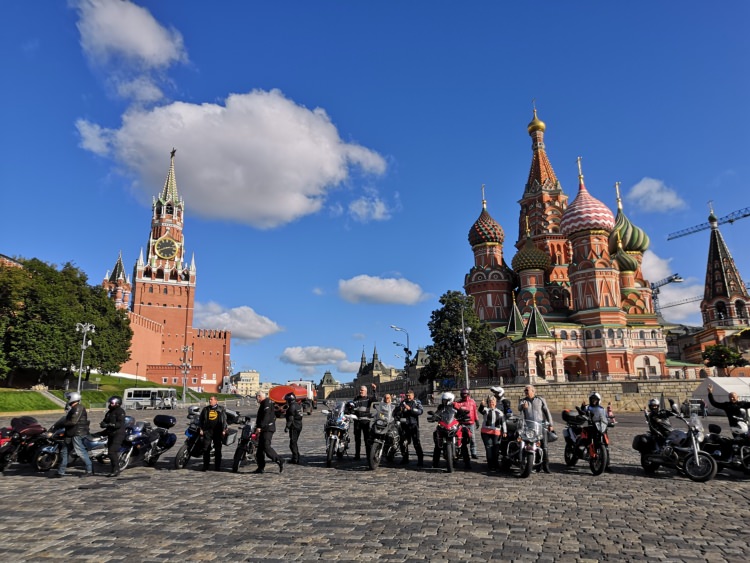 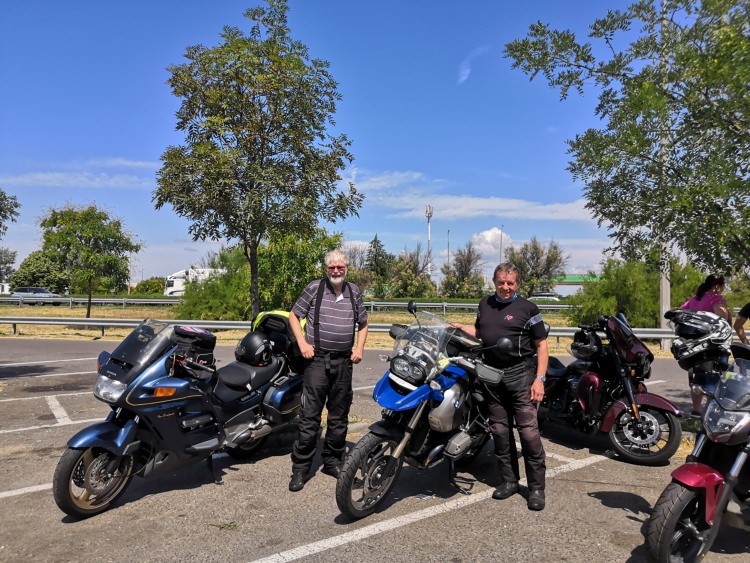 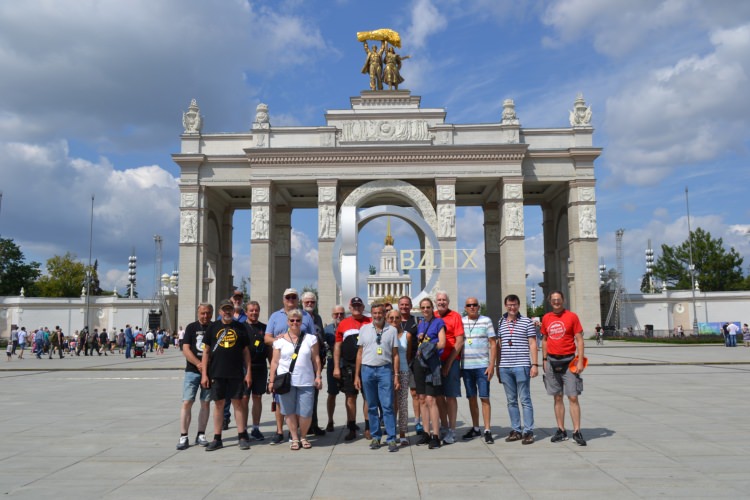 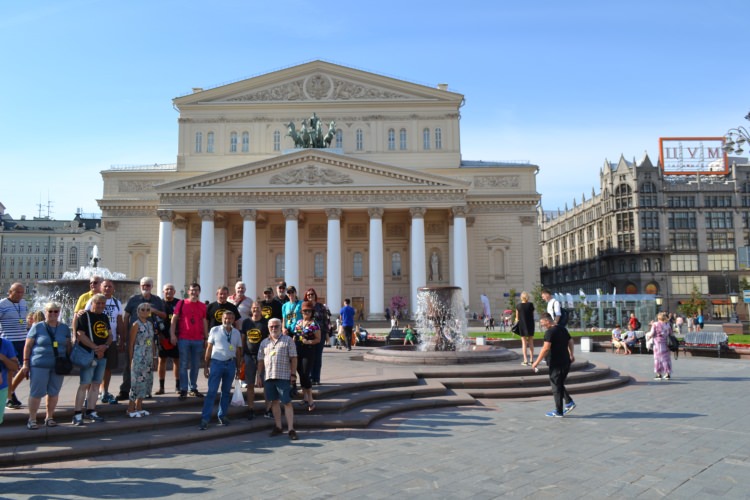 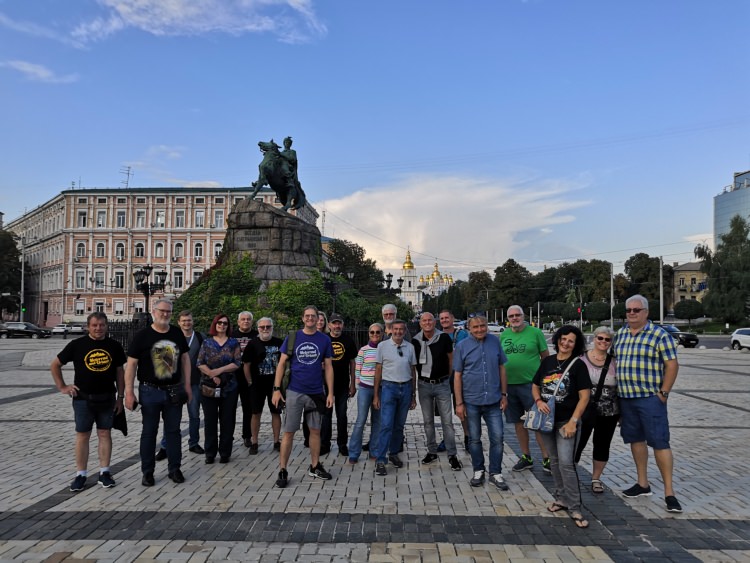 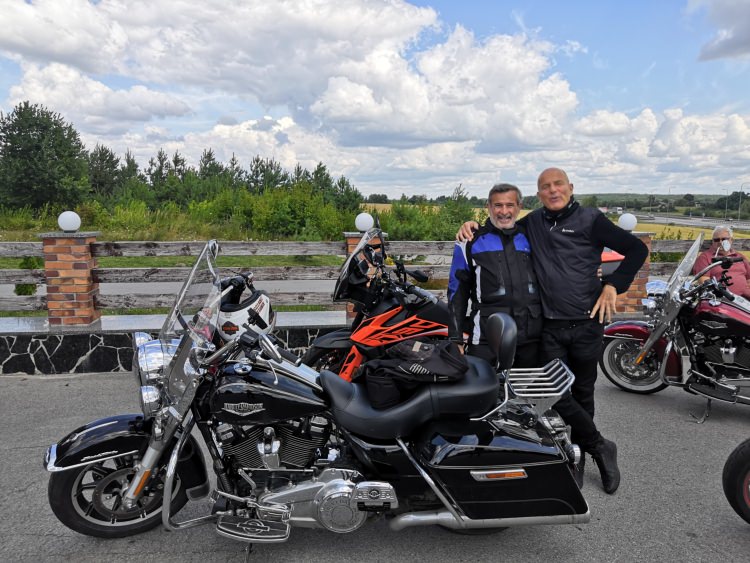 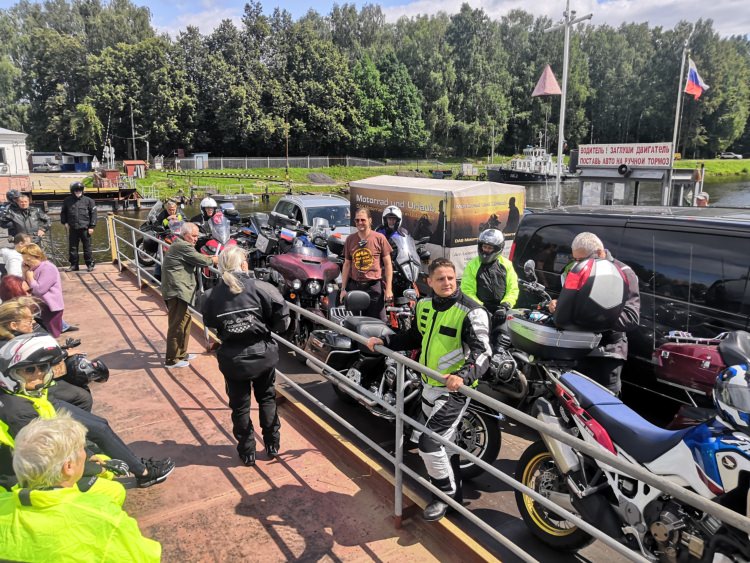 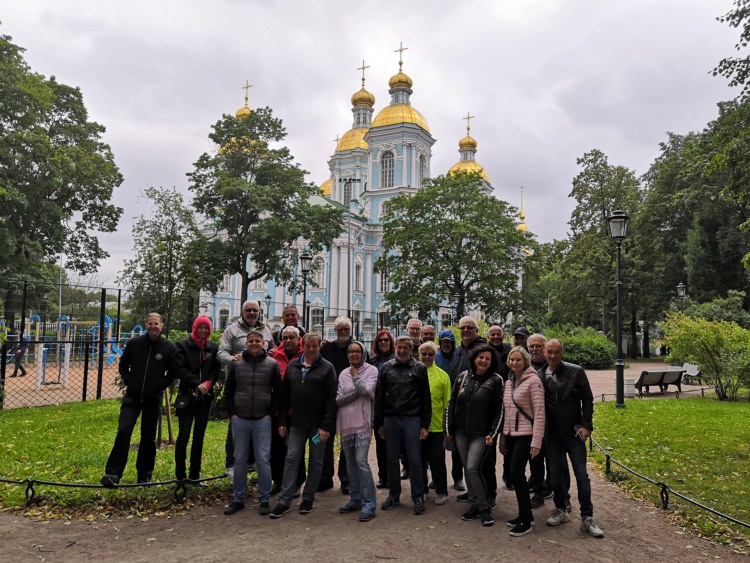 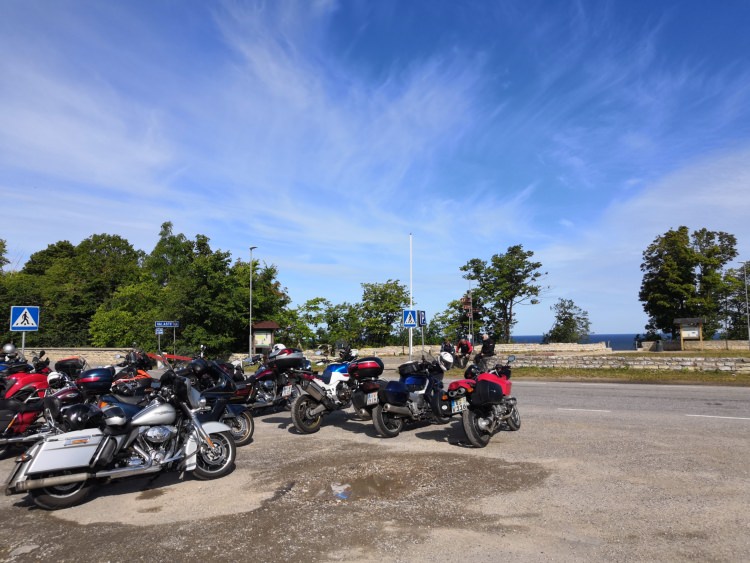 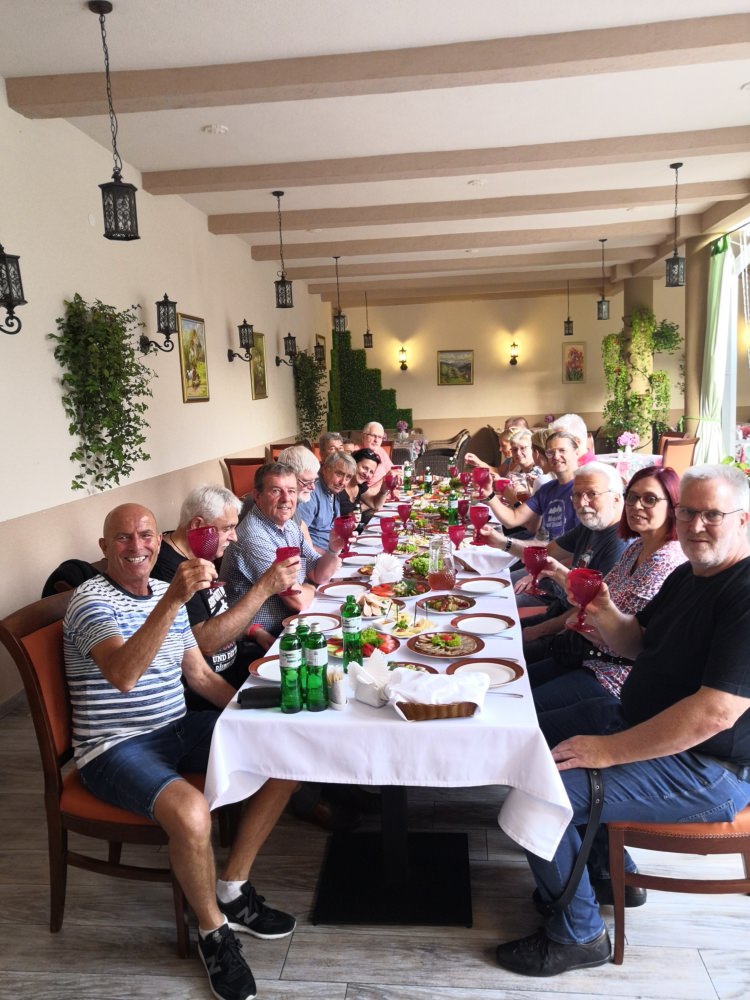 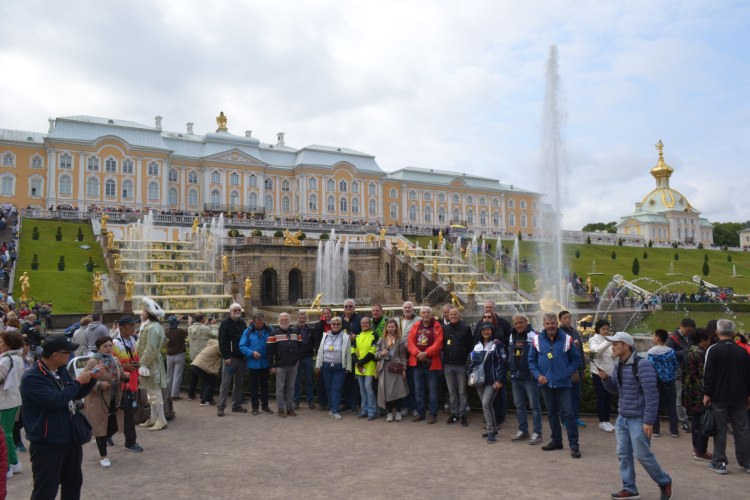 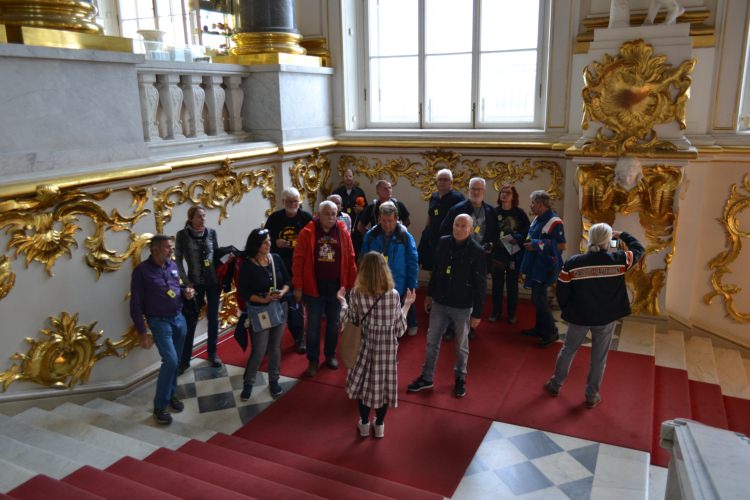 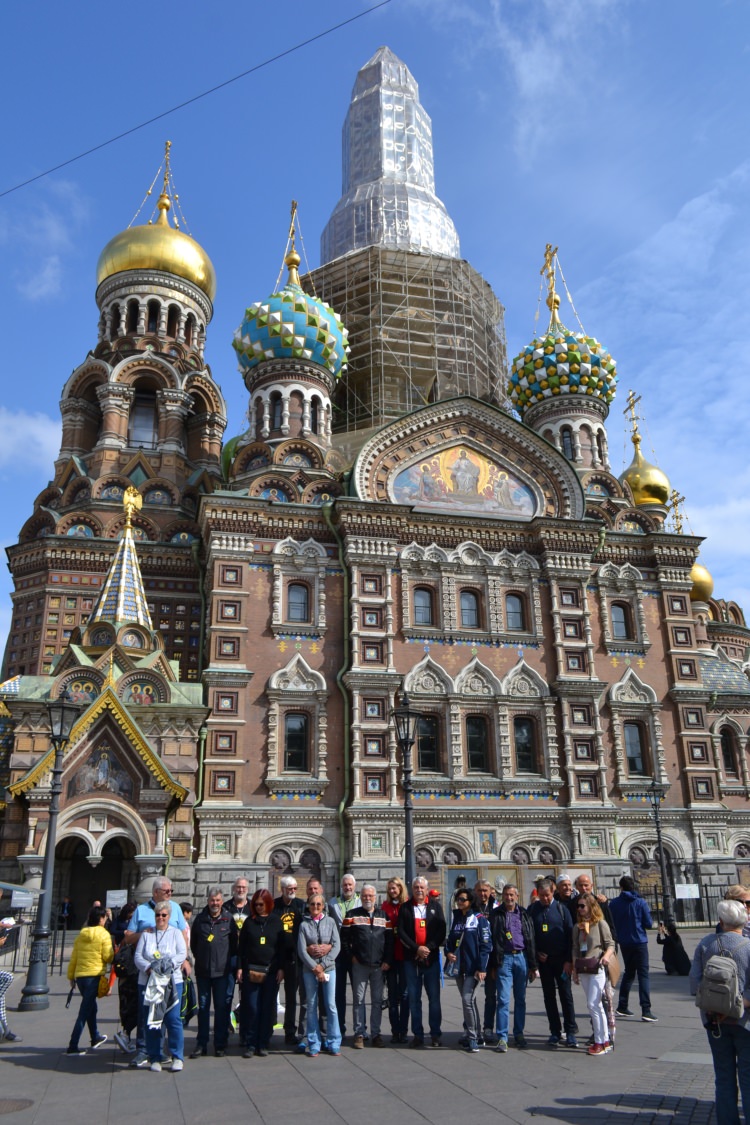 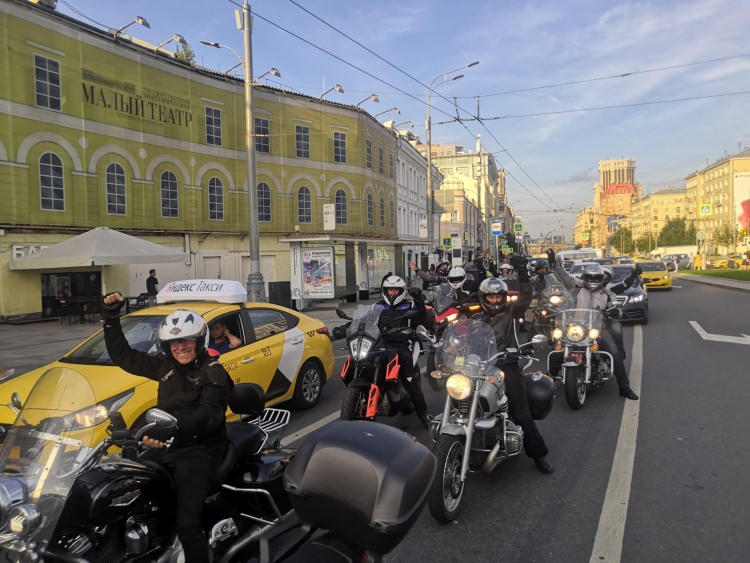 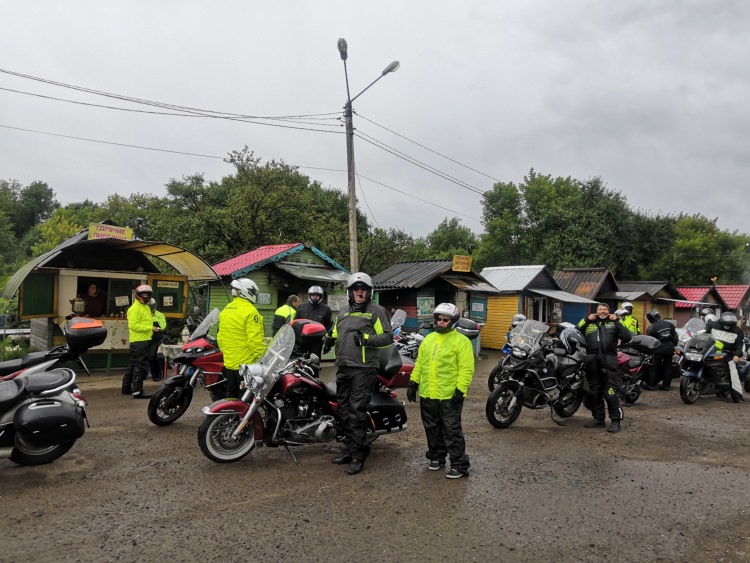 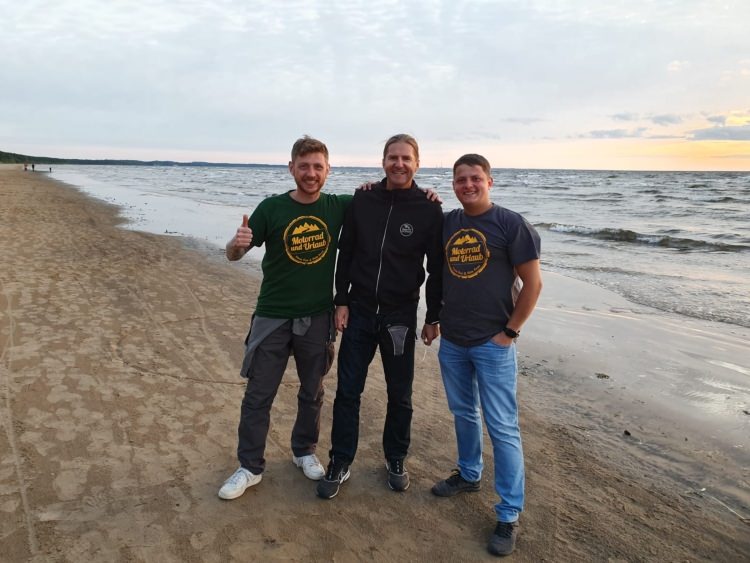