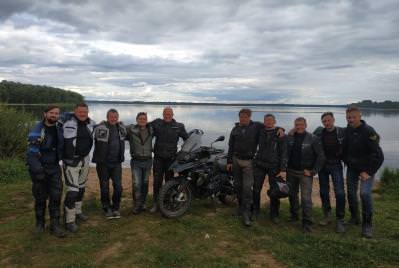 This year, we went to Seliger and Valdai twice, and also held several Enduro trainings that were held there. The second tour took place at the beginning of August, and I think that we will remember this adventure for a long time.

If the first tour this year was very unusual in that it had two road bikes, and most of the participants rode so-so on the dirt, then the second tour was its direct opposite, half of the participants passed our Enduro training, and this is a kind of quality mark.

The rest, however, also ride very confidently, which added speed to the group.

Our group consists of:

The first day was a busy morning because a lot of rental motorcycles, and in general a large group. At the same time, we filled the entire parking lot on the second floor of our business center, because everything was dug up on the street. We quickly sorted everything out, got to know each other (and many people knew each other from previous tours, or from Enduro training), and set off. At the exit from Moscow, we stoped in the Savvino-Storozhevsky monastery, the starting point for many of our trips, where you can relax and drink Sbiten with local pastries. Then we went towards Vazuza, where there are almost no cars on the roads, and you can get a lot more pleasure from riding. We stopped at Vazuza for lunch – Vazuza Country club, a very tasty place. They have their own territory, beach, excellent restaurant. But most of all I remember the rabbits. They're everywhere. Jump, eat grass, treat them like cats, no one is watching.

At lunch, we finally got to know each other, the atmosphere was good. After a delicious lunch, we went to Rzhev, where we recently opened a new, majestic memorial in memory of the battles for this city. Along the way, we had our first off-road section, and I immediately realized that I would not be bored – the group was confidently following me at a good speed. The meeting with the monument was supplemented by another event. It turned out that Vladimir lost his bike number on the dirt road. So while we were looking at the monument, Mike volunteered to go and find it. What is most surprising-he found it by some miracle :), after which we went in the direction of Ostashkov. On the way, we stopped at the holy spring with a font, 16th century, in Yeltsy.

In Ostashkov, we checked into a hotel, and immediately went to dinner. The day turned out to be very rich in impressions.

We started the second day with a visit to the Nilo-Stolbensky monastery. Mike, already a great connoisseur of the place, did a great tour. Then we went to the source of the Volga. This is the first big section of the off-road, and I mentally prepared, even a little intimidated the group. I said it would be difficult, dirt, sand, etc. In reality, it turned out that the road was well repaired from the last time, and the group was skillful. So, everything went great, the guys joked that I intimidated them. At the source of the Volga, we took a photo, jumped over the majestic river, which here is just a stream, and went to lunch in Olgino. There, for the second time this year, we dined under the shade of an oak tree, sitting on the rocks, and it seems that it was the best lunch for the entire tour – if not for the food, which was also very good, then certainly for the atmosphere. And what a blueberry pie it was, words can't describe.

After lunch we had large portions of the dirt roads, a total of about 100 km. We went on our traditional route to Demyansk, it is a little more difficult than the direct road, but much more interesting, sometimes you go almost in a corridor of branches. However, we were also lucky with the weather, there were almost no puddles. Then, after Demyansk, we decided not to test the strength of our wheels on the local broken asphalt, but turned onto another dirt road, and ride all the way to the Valdai Eco Club. In the evening, we celebrated our arrival, went to the sauna, and swam in the lake.

The next morning, after a good night's sleep after yesterday's exploits, we took the circular route light. The first stop is the Valdai Iversky monastery. Then we went to Borovichi, where we took photos near the wooden railway station, as if copied from films about the wild West. Then we went to Okulovka, to the monument to Viktor Tsoyu. Then there was a small, but interesting and beautiful dirt area, and lunch at the fishing base, where we were prepared just caught perch.

We had a free evening, and the group was strong, so after lunch, some of us went to the observation tower, and the rest went to rest in the hotel. We got to the observation tower without any special adventures, but on very interesting dirt roads. It was especially interesting at the end, when we got to the tower itself, along the rocks, paths, descents and ascents, since no one was there, and we did not create any inconvenience to anyone. The tower is something amazing. On the mountain, in the middle of the vast Valdai forests, there is an observation tower. You climb it, and you see the forest stretching to the horizon in all directions. A magnificent sight. In the evening we had dinner, discussed the impressions of the day.

The next morning we set off in the direction of Moscow. We quickly flew 200 km along the toll road and along the highway, and left the highway to visit Vasilevo, the Museum of wooden architecture. However, the main attraction is a huge stone bridge, as if from fairy tales. Then we went to Tver, where we had lunch on the river Bank. At lunch, we summed up the results of the tour, because soon we will leave, and the tour participants agreed where they now want to go with such a friendly company. We agreed on Abkhazia :), an excellent choice.

After Tver, we had another adventure, crossing the Volga river by ferry, and 20 km of dirt to the crossing. Then, on the send there was the only fall in the tour, Alexey filed in the turn. Got off with a broken case and glass, the main thing is that he remained intact. Then there was the ferry crossing, and the long ride home. We said goodbye to most of the group in front of the Moscow ring road, while the rest ride to our office, where they handed over their motorcycles, and parted.

This tour has left me with very fond memories. Great, strong group, good adventures, friendly team and interesting conversations in the evenings. We look forward to seeing you all again, especially since almost everyone has already planned their next tour! 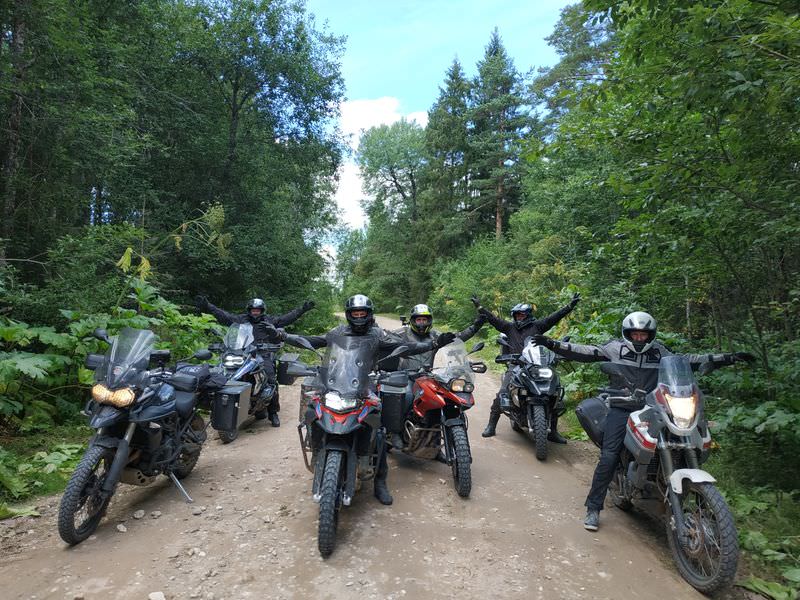 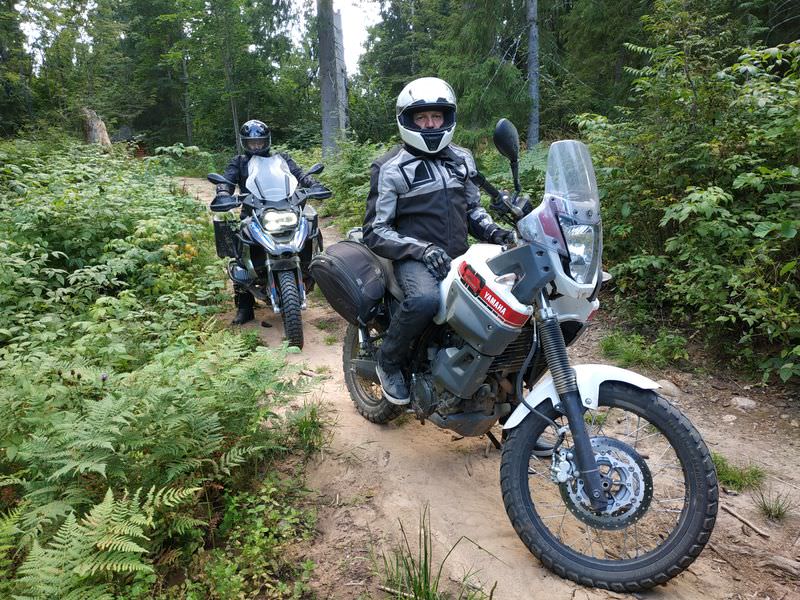 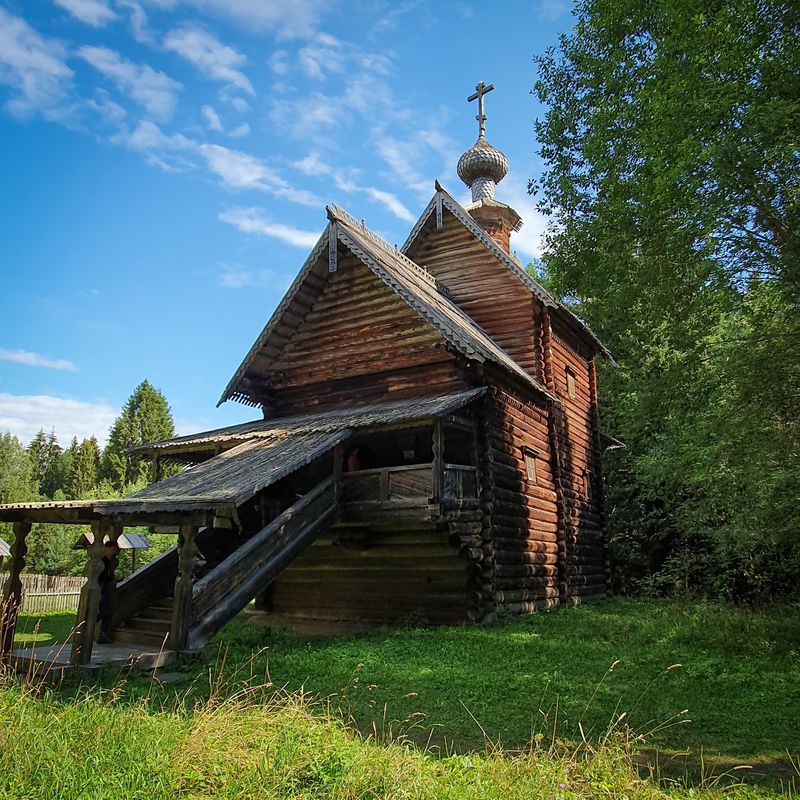 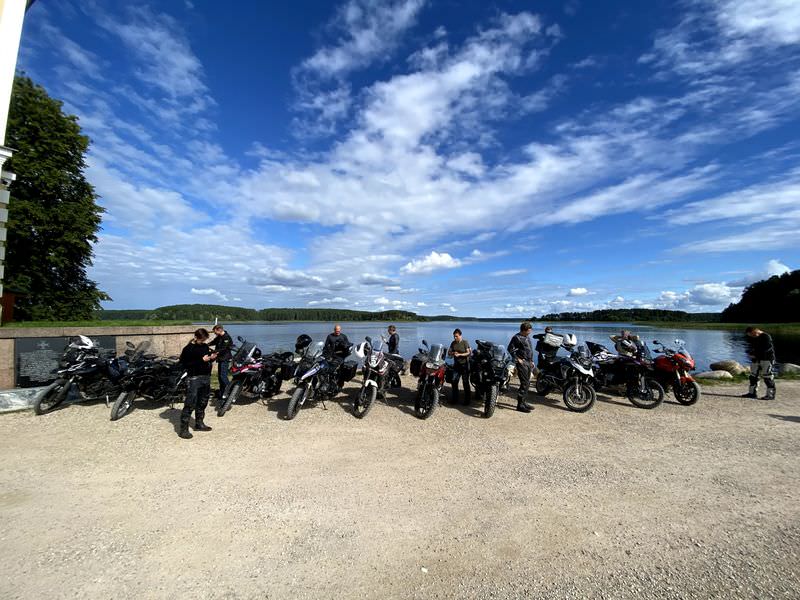 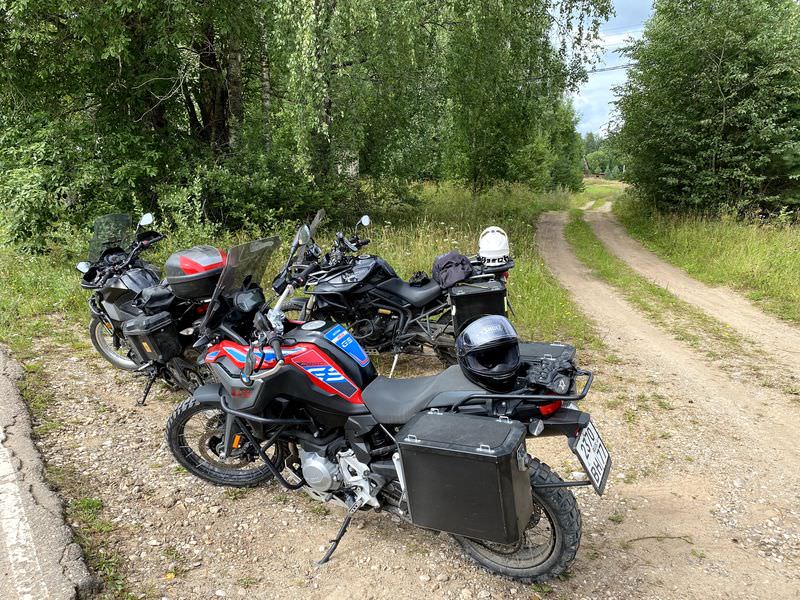 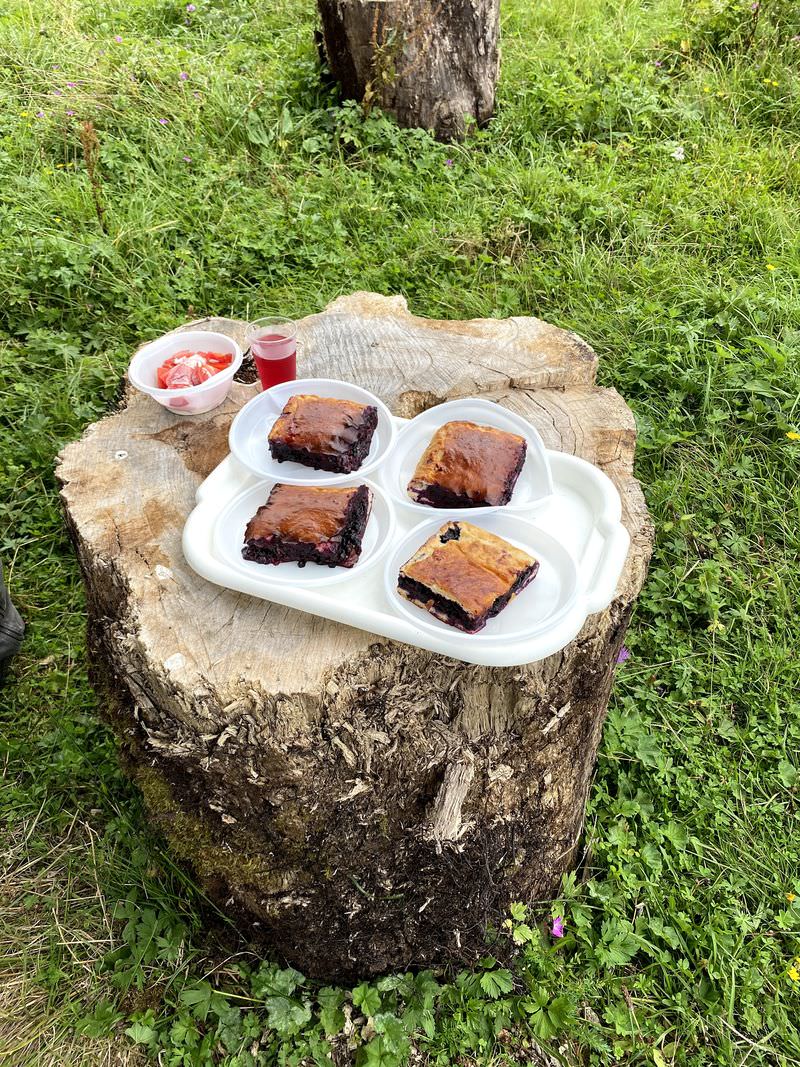 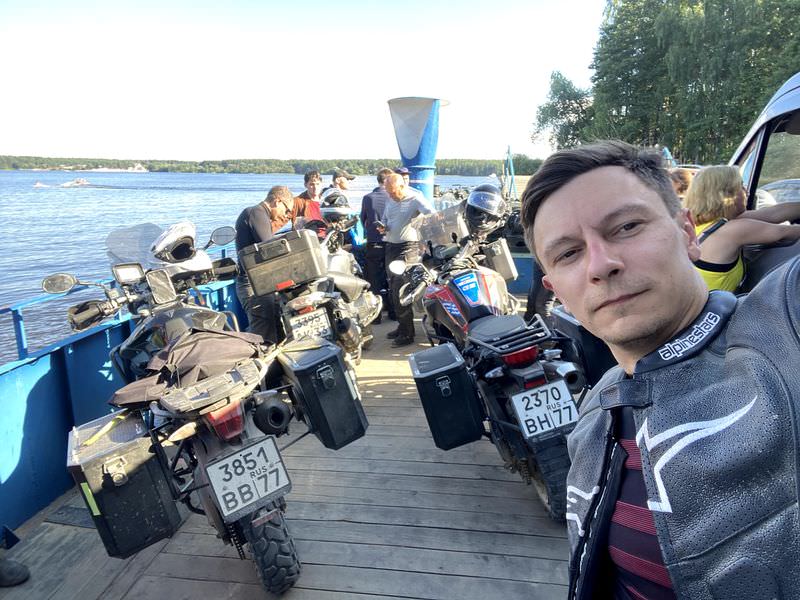 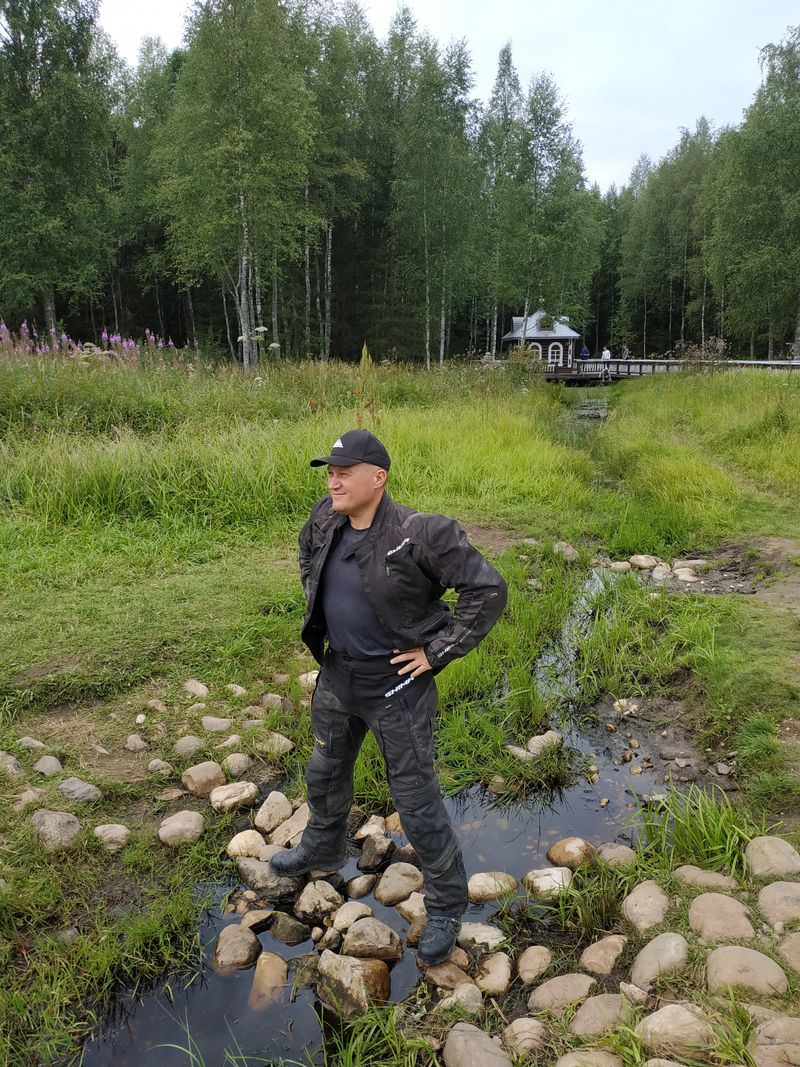 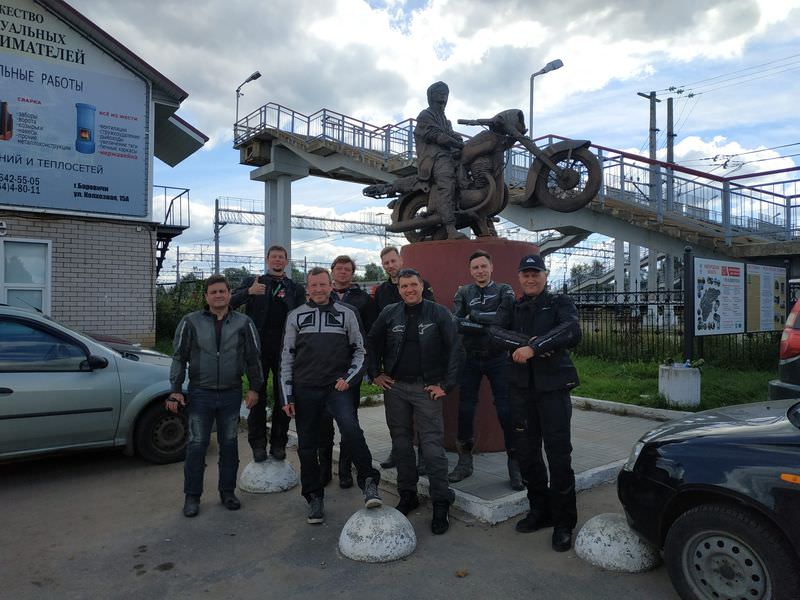 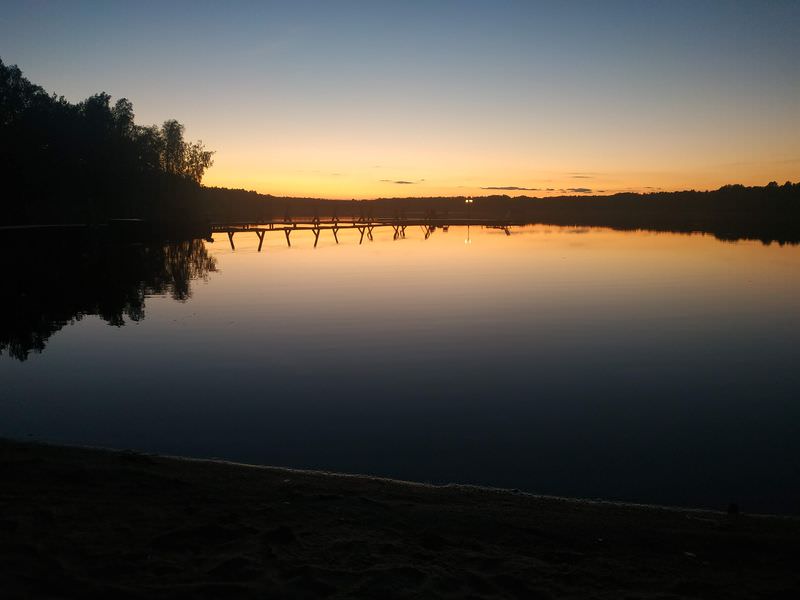