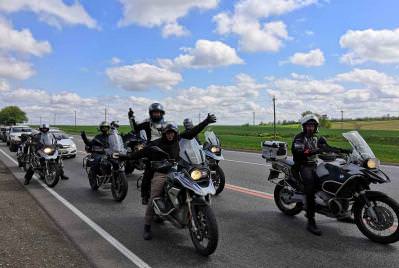 At the beginning of May we did our regular tour of Sochi-Elbrus, the Caucasus Mountains. Below is ride report.

The start of the tour was scheduled for the 4th of May from Krasnaya Polyana, small village in the mountains where we have our base. Groups of 7 motorcycles and 8 people. One-third of the group were our regular guests and the rest of the group joined us for the first time.

On the first day of the tour we met everyone in the airport and arranged transfer to the hotel, where are short rest we did tour kick off meeting. Guides in this tour were Vlad and Anton, they presented day by day schedule, key sights, safety rules, etc. After signing the documents and receiving the motorcycles, everyone went to dinner at the Trikoni restaurant, one of the best places in Krasnaya Polyana.

On our first riding we went to Adygea with the serpentine road along the sea. In the afternoon we had dirt road on the Shahumyan Pass - a small eight-kilometer stretch is ideal for a tour-enduro BMW. After lunch in Apsheronsk, we arrived in the Republic of Adygea, our goal today is the pearl of this region, the Lago-Naki plateau.

Moving along the picturesque road along the Belaya river, we reached the Big Azish cave, where the local guide Fedor shared fascinating facts about this monument of nature.

Next day part of the group decided to get up early in the morning and before breakfast do a little scouting around the hotel. Not everyone was able to wake up so early (at 6:30 am), but those who still could, were right - the granite canyon, the old stone bridge of the 19th century and the picturesque villages located along the Belaya river left a very pleasant impression.

After breakfast we went in the direction of Dombai, one of the Caucasus Mountains most picturesque places. Driving through the various settlements we were impressed with the abundance of churches and mosques, located opposite each other. The road along the Teberda River led through one of the largest cities in the region - Karachaevsk, which was decorated to the full in celebration of the upcoming Victory Day. In Dombay we had a day off.

In the morning of next day we decide to make small ride and went to the old Sukhumi Military Road. During Soviet times, the road was a through passage to the territory of modern Abkhazia. Now there is no such possibility, unfortunately. The road passes through the Gonachkhir gorge and leads to the mountain lake Tumanly-Kel, located at an altitude of 1850 m. Above sea level. There was no particular desire to swim in the lake, the water temperature of which was about 12 degrees.

No one except our guide Anton, who already 5 minutes later after parking the motorcycle, sighed into the water. A bad example was contagious, and all the rest followed.

After swimming in a mountain lake and a lot of photos, we went to the hotel. Leaving the motorcycles in the parking lot and all dressed up, they set off for the cable car station, one of the booths of which delivered the group to a height of 2,265 m.

We had lunch on the open veranda of the local cafe with a delightful view of the snow-white peaks and climbed even 3,000 meters higher. Some of the participants in the trip even rented ski equipment and were able to ride a little, though thawed, but still snow.

After a good deal of walking and breathing in the mountain air, everyone returned to the hotel, where a real Russian bathhouse with brooms, beer and conversations in a cheerful and friendly company was waiting for everyone. The light dinner was the end of not a rideable day, but so full of emotions. 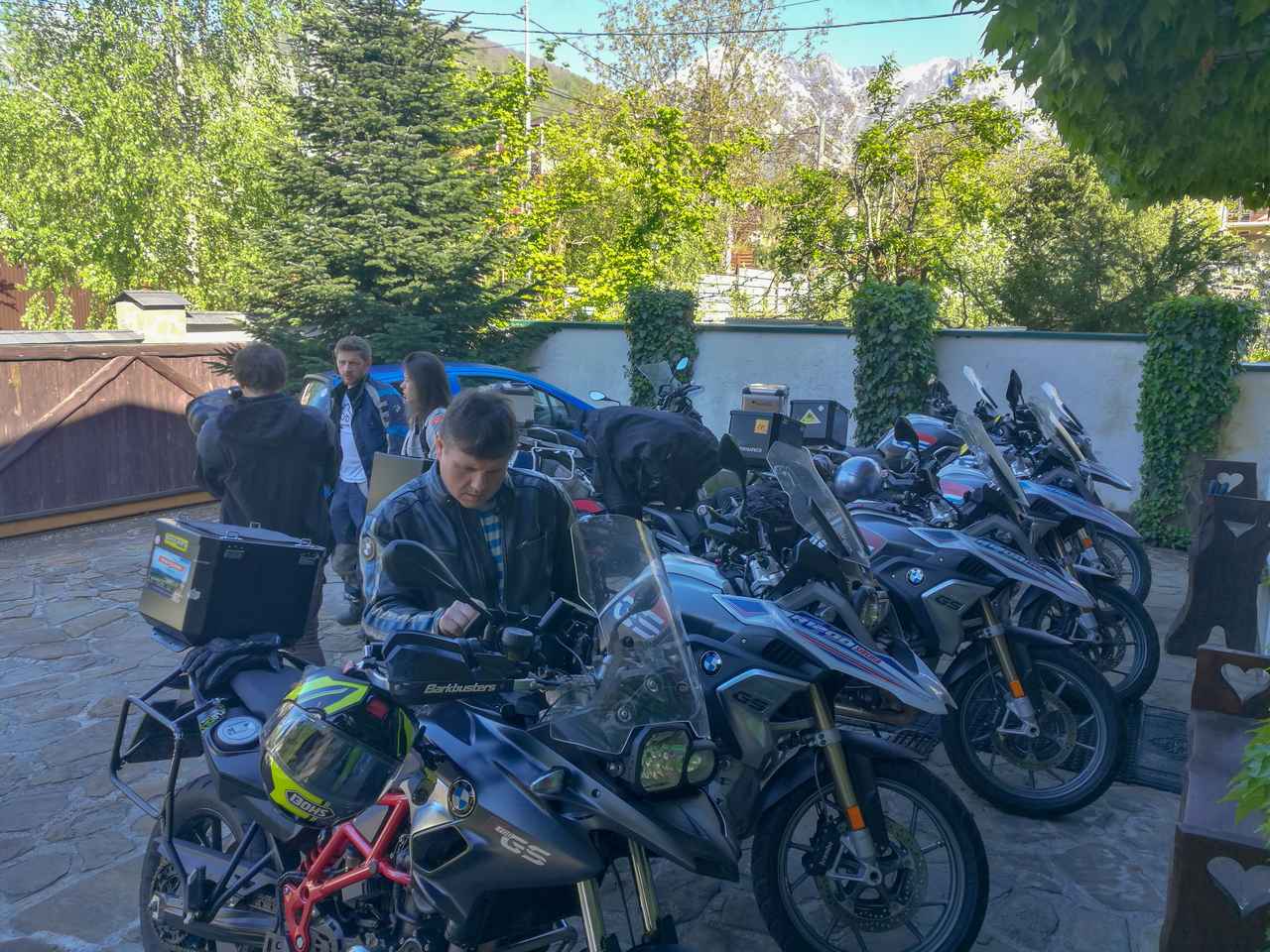 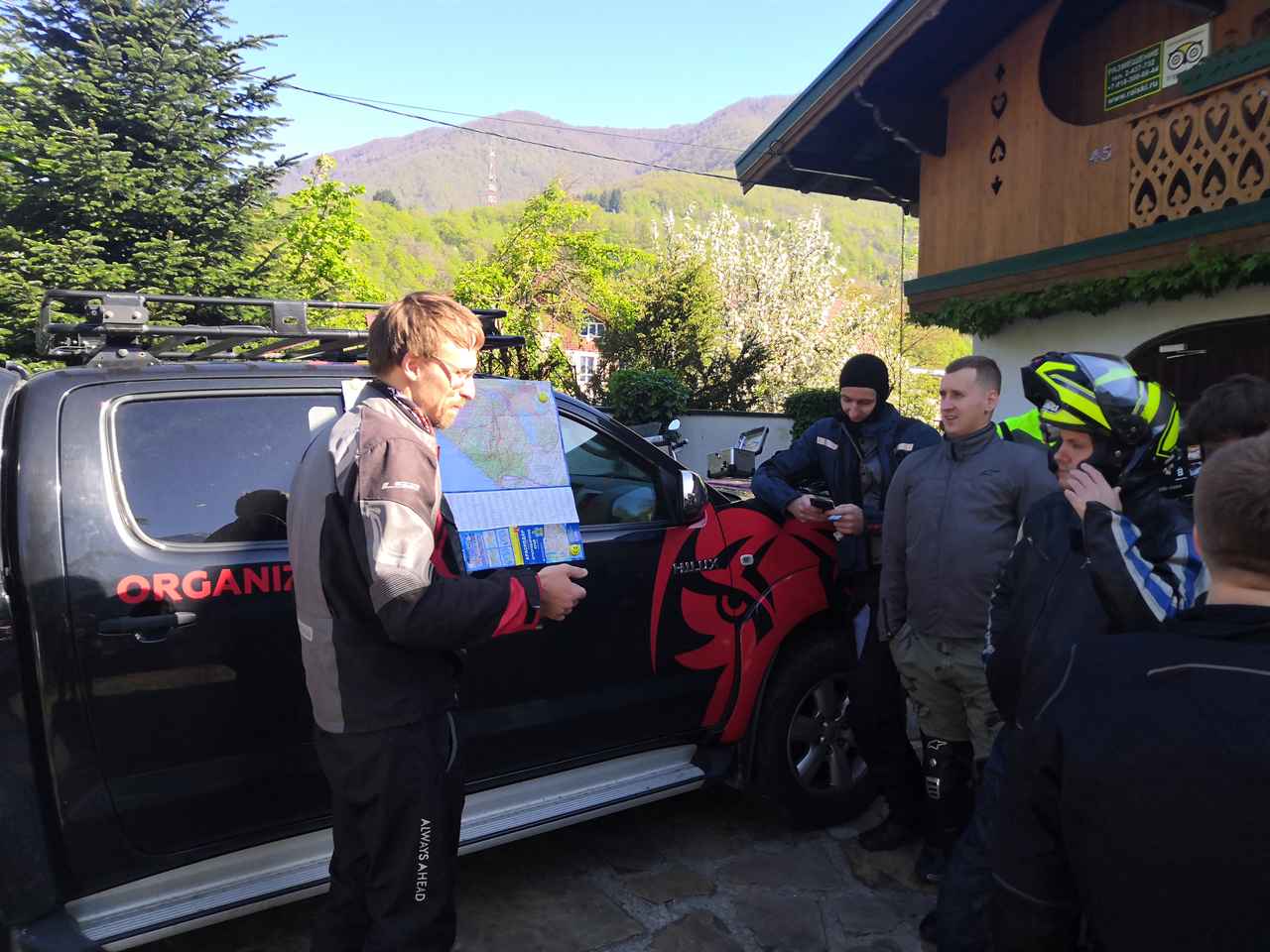 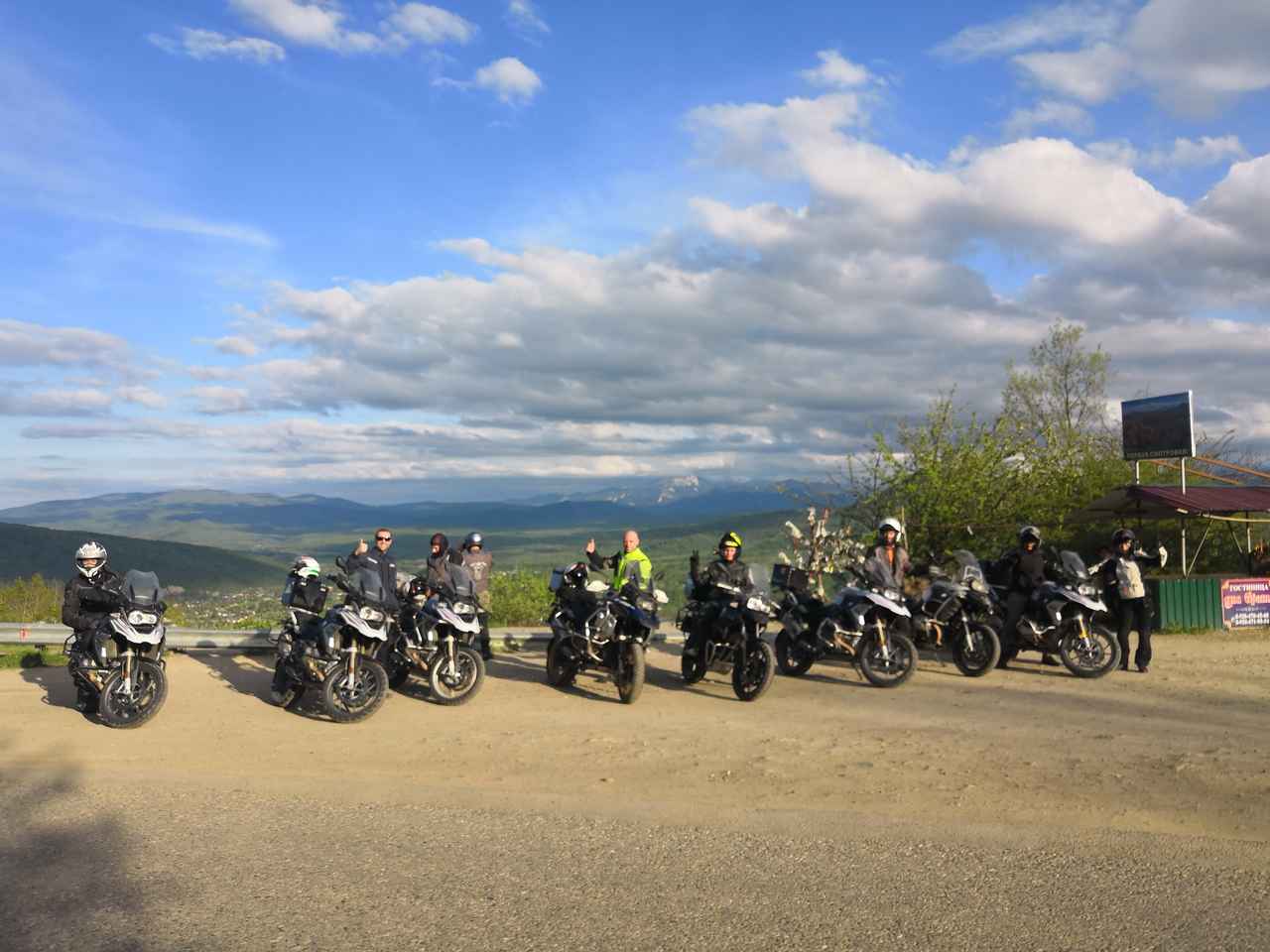 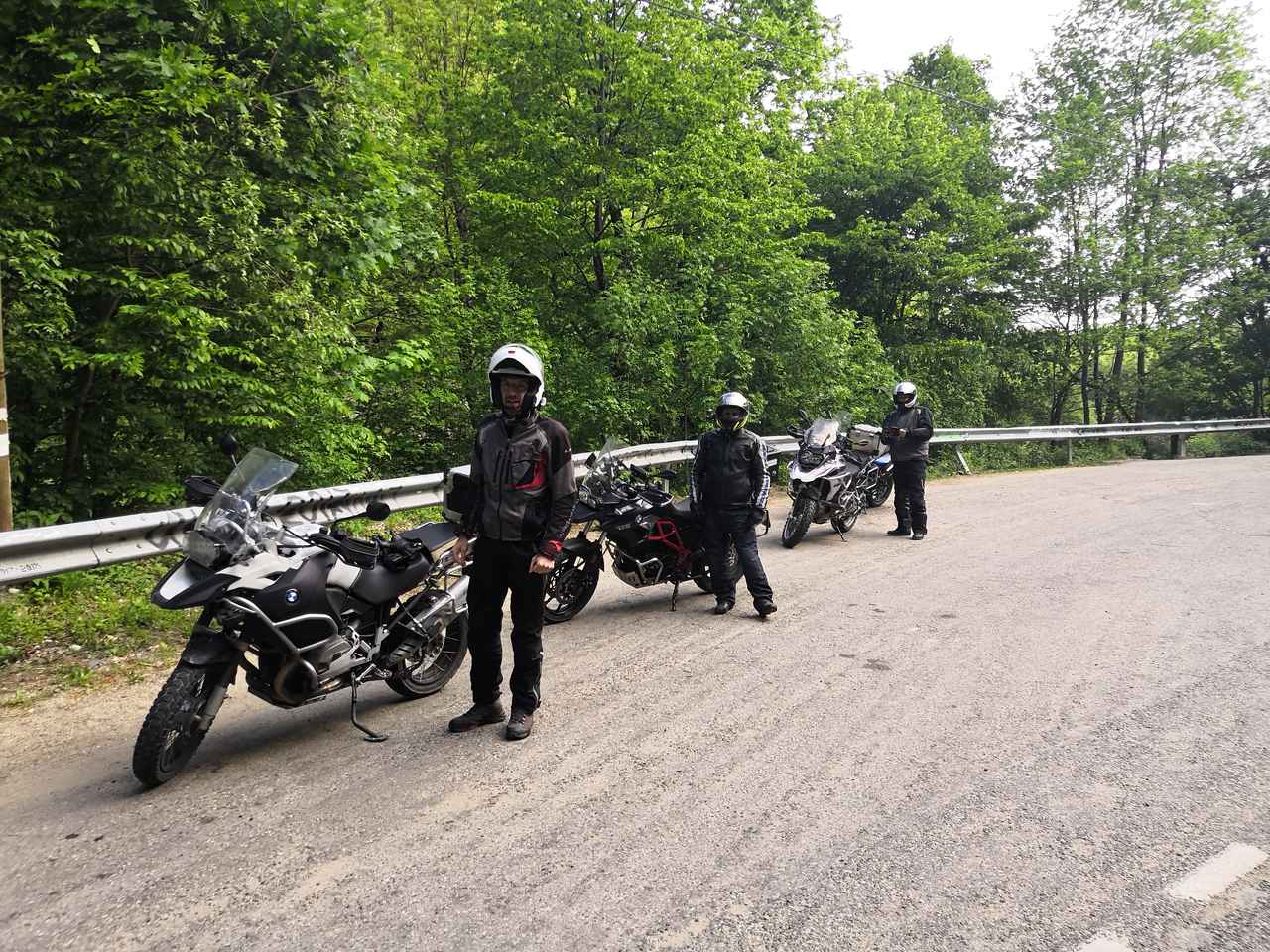 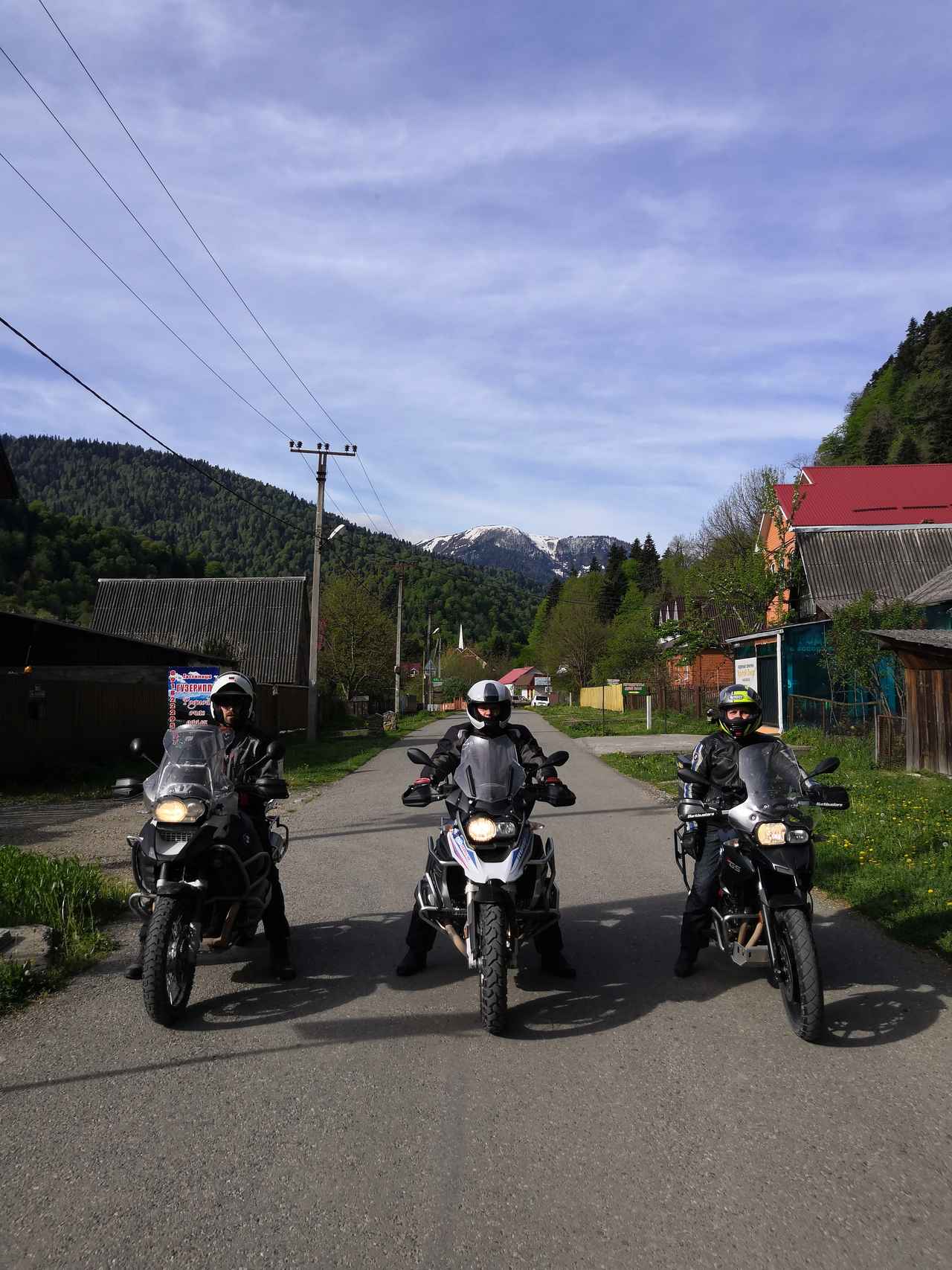 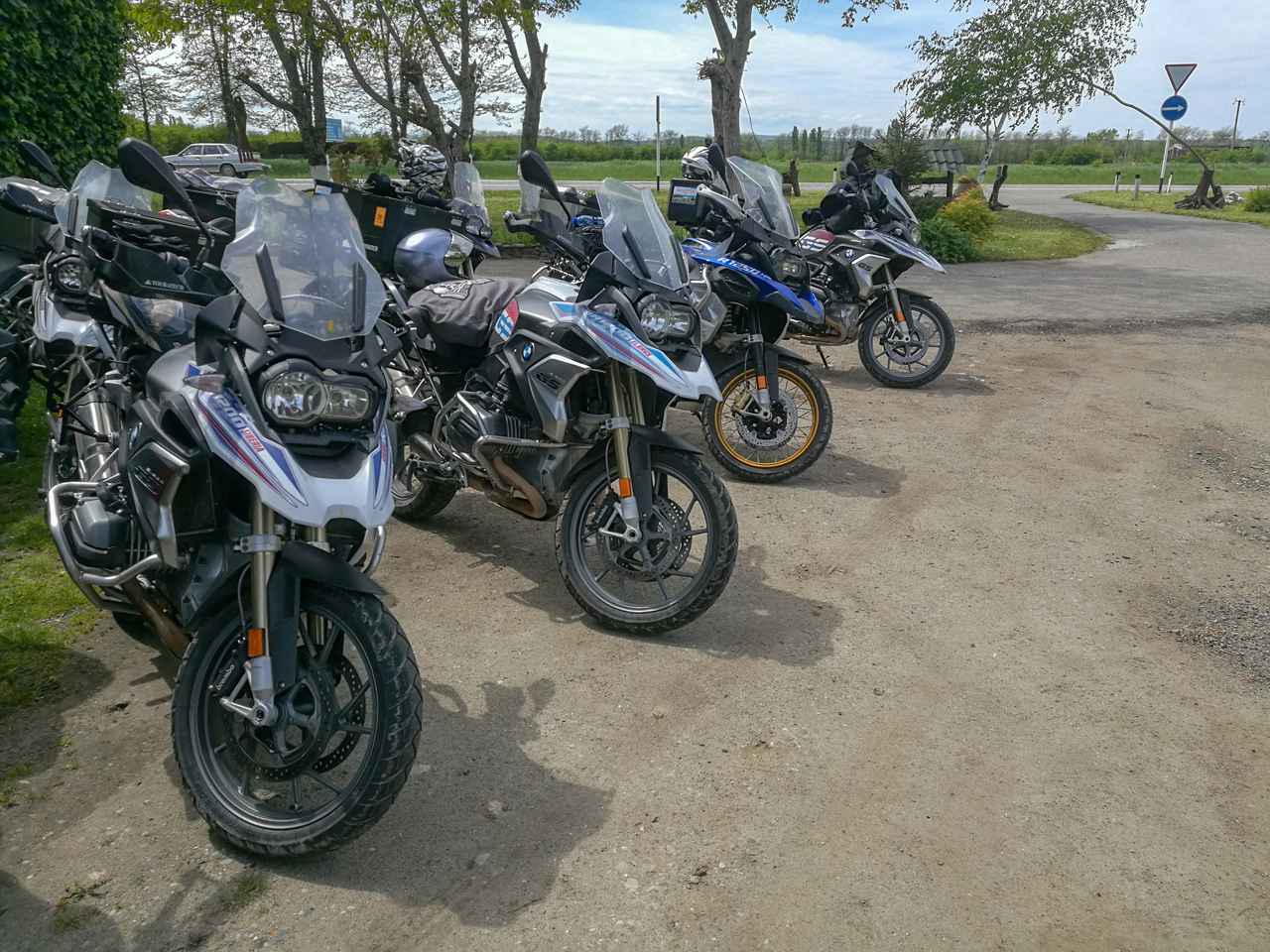 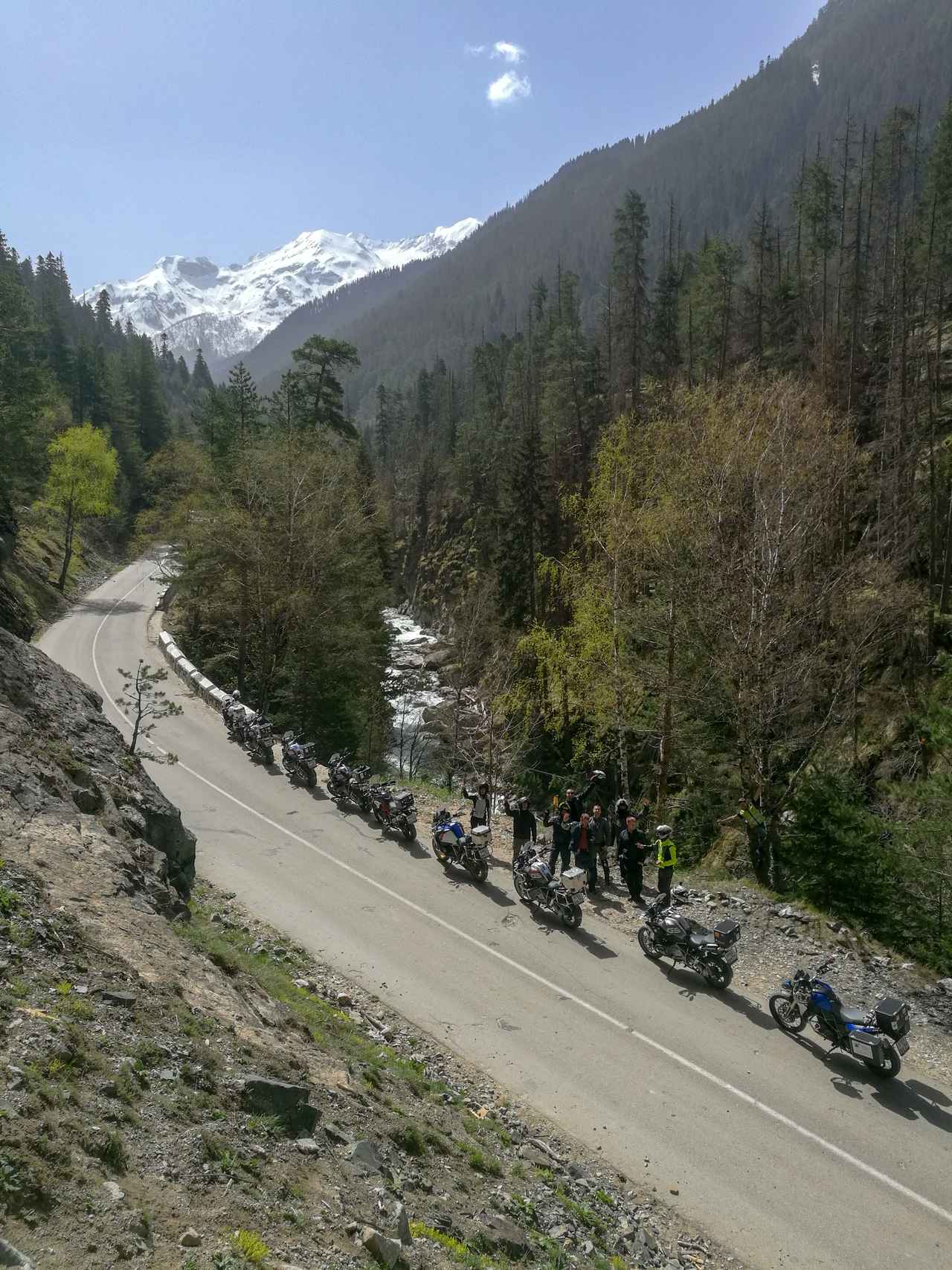 Dombai-Elbrus. On this day everyone was anxious to get behind the wheel as quickly as possible, as the majestic Elbrus was waiting ahead.

In the morning we had a road through the Gum-Bashi Pass, at the highest point of which a small photo stop was made. We stopped in a small village Red East, in the center of which is a real natural spring water hitting from the ground. Not every day you will see how mineral-rich water comes out of the ground in a natural way.

Charged with energy we continued our way towards Elbrus. The road with ideal asphalt passes through small villages, the local population of which happily welcomes the motorcyclists passing by. A little later, the arrival at the hotel in the Azau Glade was colored by a small aperitif at the reception desk.

At Elbrus we had our second day off. It began with a visit to local SPA complex at the hotel, where even a local massage therapist was specially called. After the pleasant procedures, everyone was ready to meet His Majesty Mountain Elbrus. With a lift/cabins we reached last station at 3847 meters. After we hired ratrak to go further. The whole company famously jumped into the body and after 20 minutes was at an altitude of 4800 m. We made the group a pleasant surprise by taking fresh strawberries. Do you know anyone who ate strawberries at 4,800 meters above sea level? Now you know ..)))

The views, of course, are magnificent, but it’s impossible to stay at such a height without proper preparation, so we soon went down to lunch at the restaurant Free ride, the interiors of which tell about the rich history of the mountain peoples of the Caucasus. The remaining time was devoted to their personal affairs, meeting in the evening at dinner.

On the penultimate day of the motorcycle trip, the highest mileage was waiting for us - almost 600 km. About 180 km. of them pass on the federal highway E50, which allows you to go with great cruising speed. One region followed another.

Having left the highlands of Kabardino-Balkaria, we found ourselves in the Stavropol Territory, further Kuban. Rushing past the endless fields, everyone noticed the turbulent activity of employees of local agricultural enterprises of the complexes. Meanwhile, sometimes on the highway sellers met with the first harvest.

We reached Armavir, where we had dinner, by one o'clock. Restaurant “BAR BQ” pleased everyone with excellent cuisine, so lunch took longer than planned. Having dealt with all kinds of kebabs, bbq and other local dishes we headed towards the hotel.

Our last riding day was devoted to Sochi. First we reached the colonnade of Sochi, which stands at the entrance to the resort city, and made memorable photos there. After we headed to the city center. It was Saturday, weekend, and that saved us from traffic in the city, so we calmly drove through the main streets of the city and Kurortny Avenue. After lunch, in the legendary “White Nights” tavern we headed for Krasnaya Polyana.

We went along the old, still “pre-Olympic” road, which was a great pleasure to drive, because now nobody goes there, the road is empty. Back at the hotel, everyone gave up their bikes, changed clothes, and went to dinner. The guys liked the trip, we, of course, also. We were pleased to have a tour for such a cool group, we hope to meet again in another round.

RESULTS. We ate kebabs and strawberries, tried all possible cheeses, visited Elbrus at 4,800 meters, swam in a mountain lake, moved through high mountain passes, laid arcs on serpentines, counted about 1,500 individuals of hoofed animals and many other things. 2200 km were covered. Roads running on the territory of 5 regions of our country: Kuban, Adygea, KBR, KCR and Stavropol.

The next tour of Sochi-Elbrus will take place on 14-22th of September, you can read more info here https://rusmototravel.com/tours/sochi-elbrus-motorcycle-tour-over-caucasus-mountains 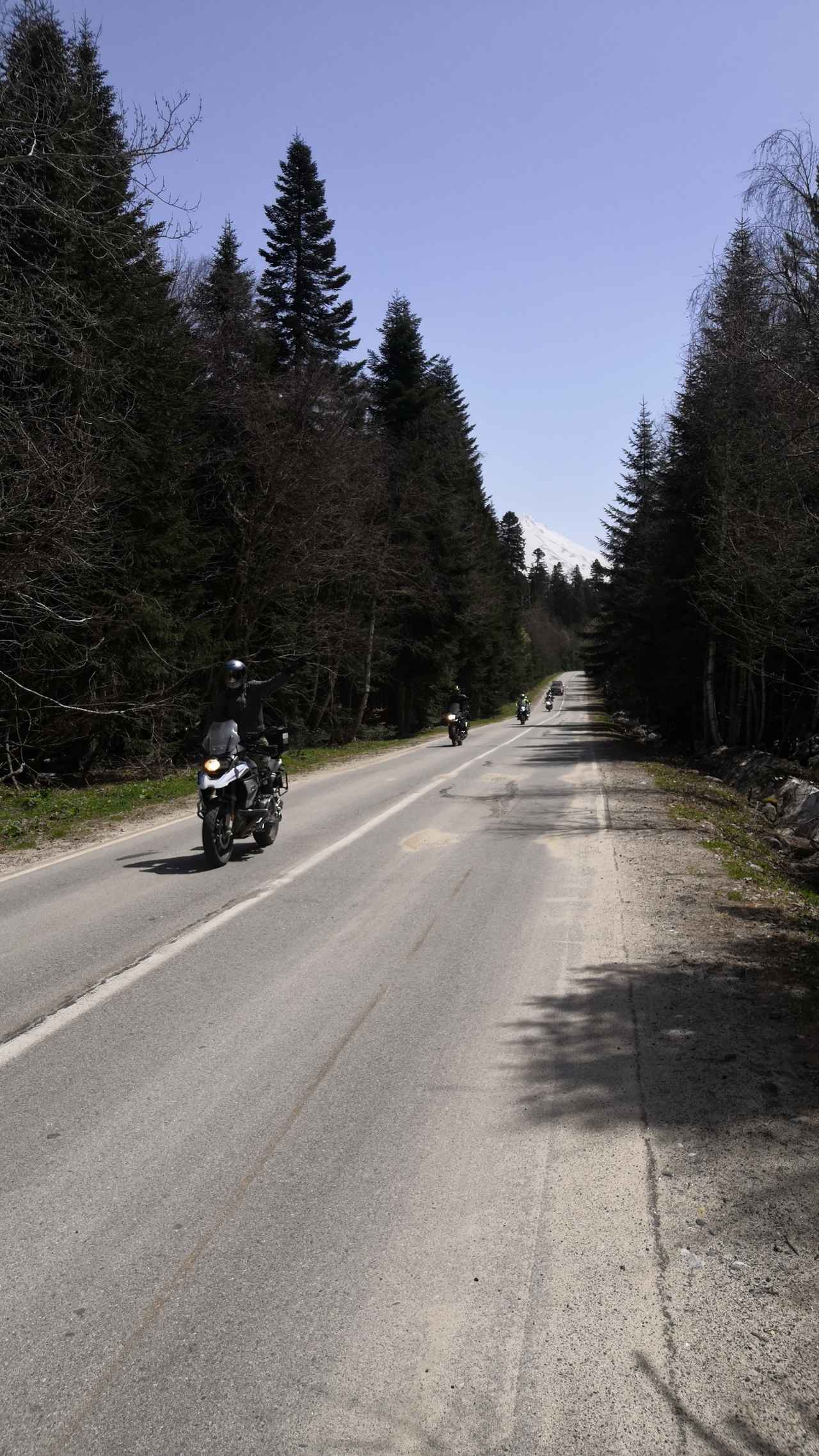 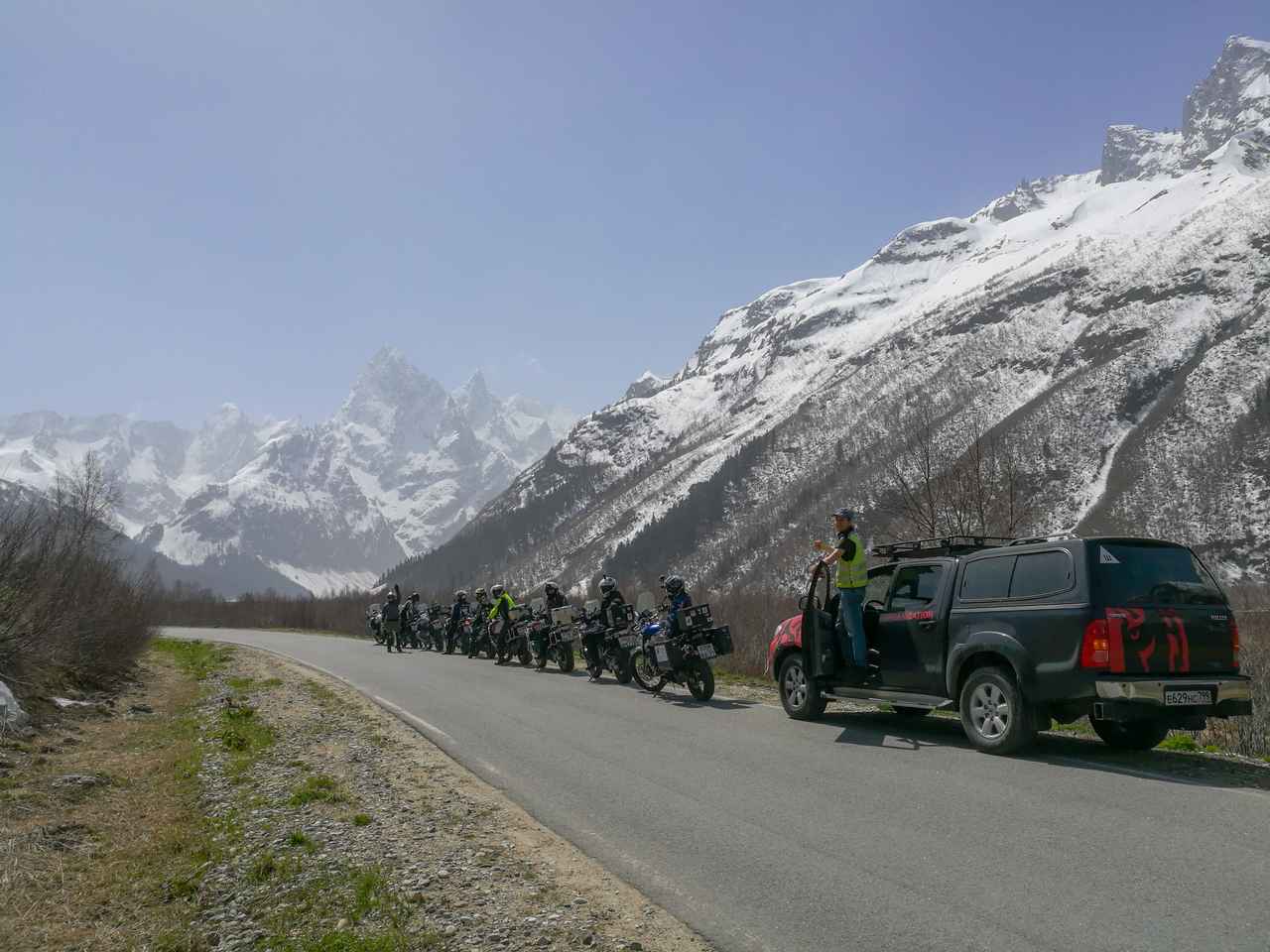 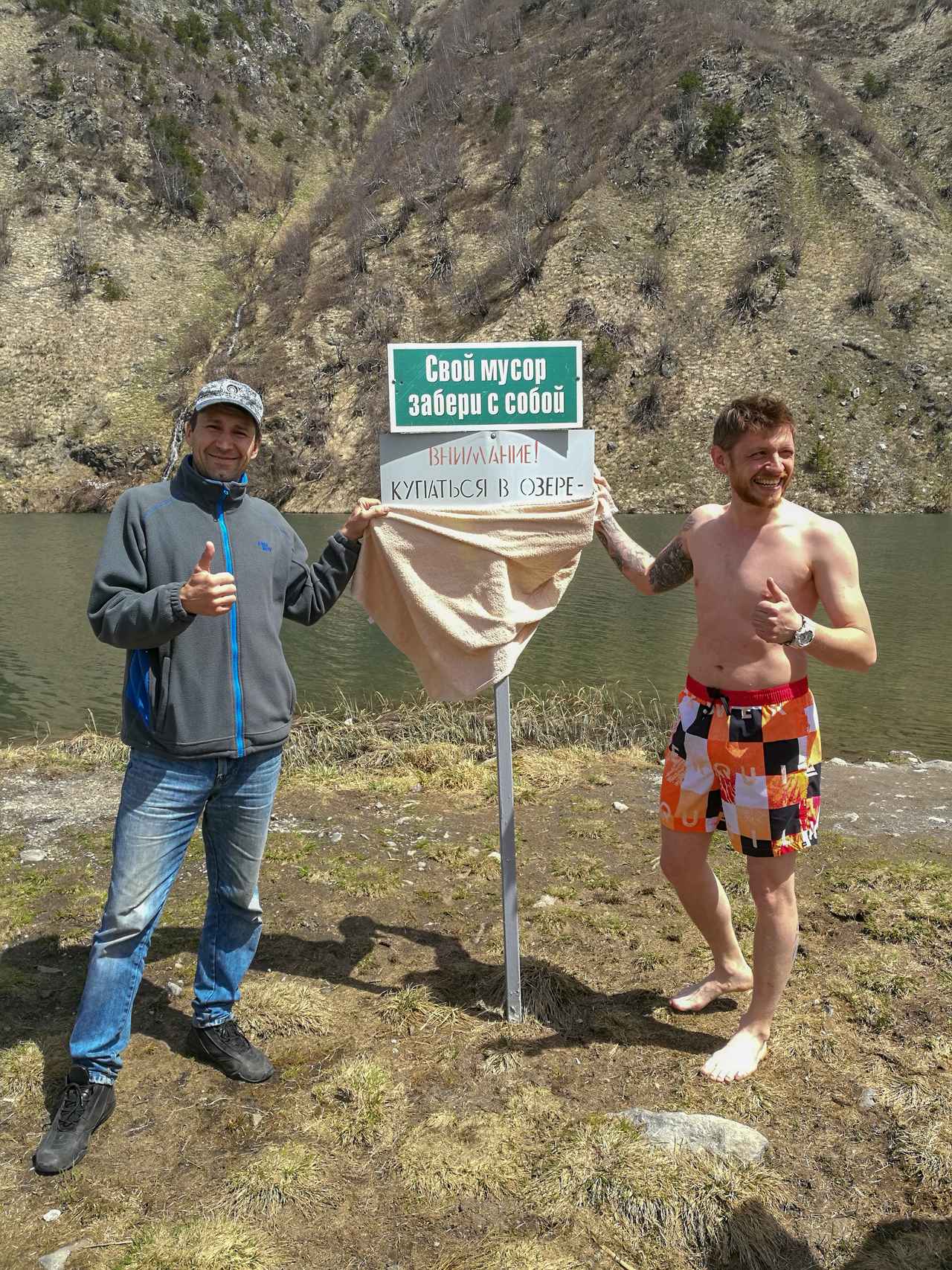 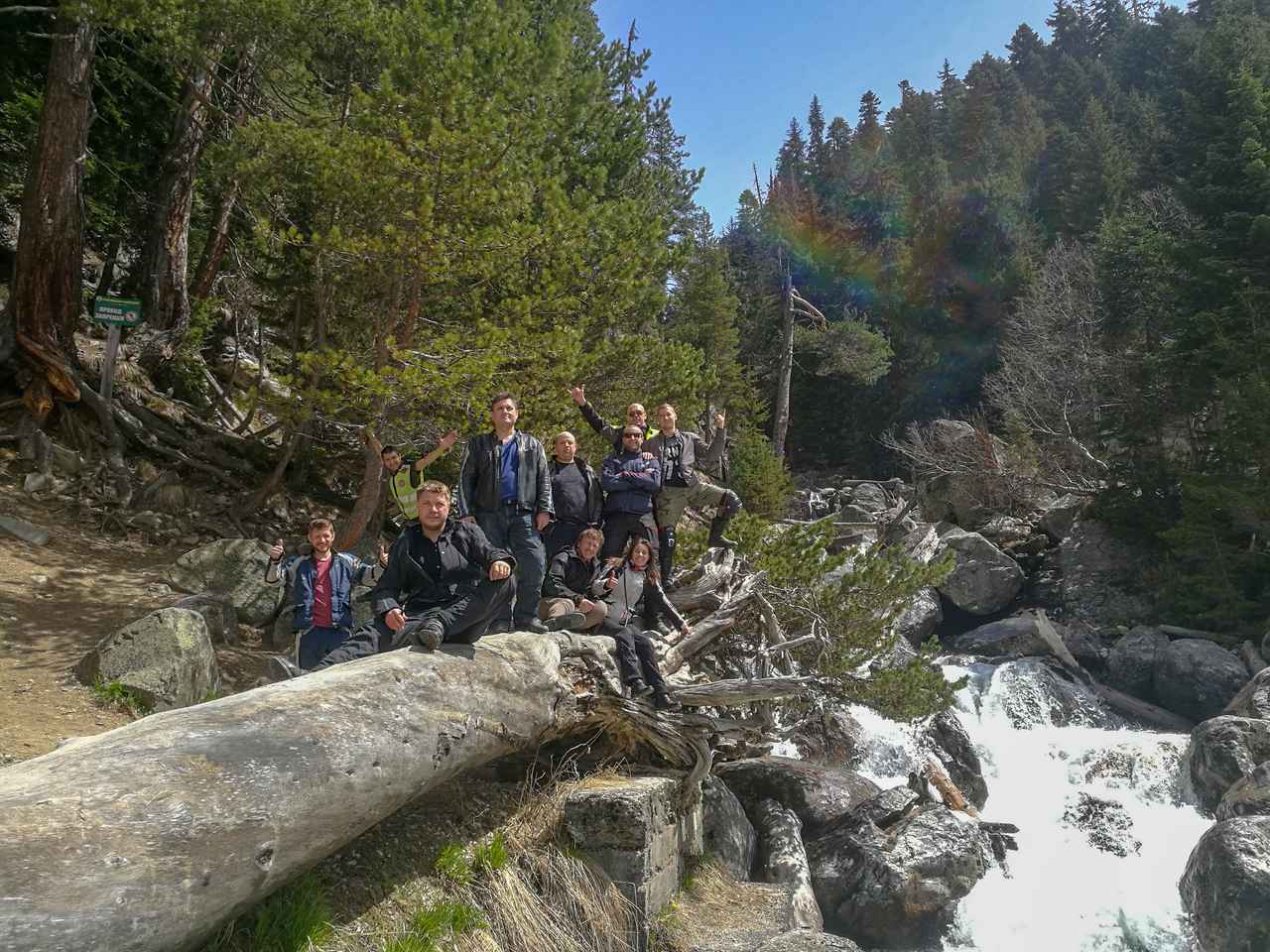 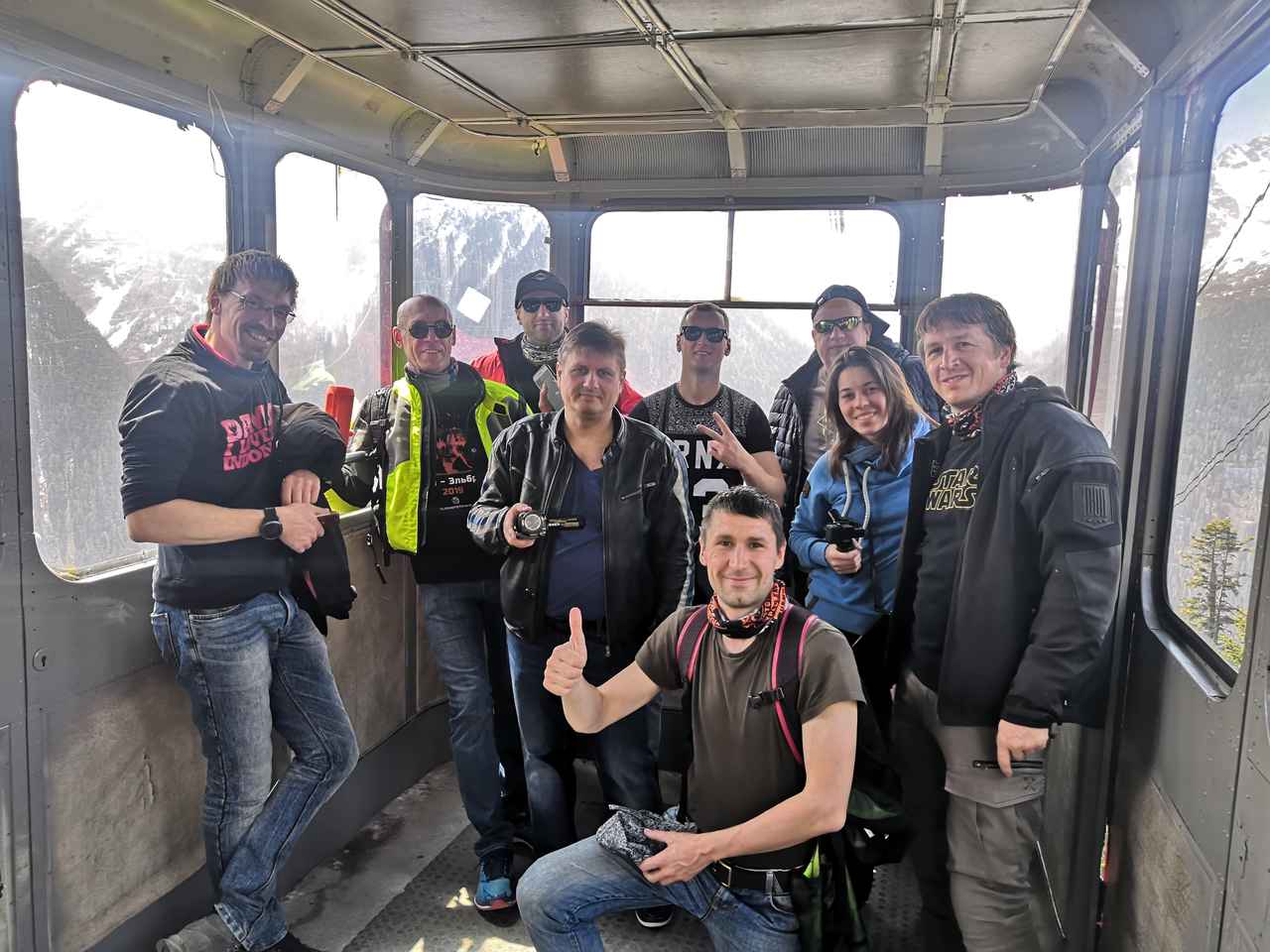 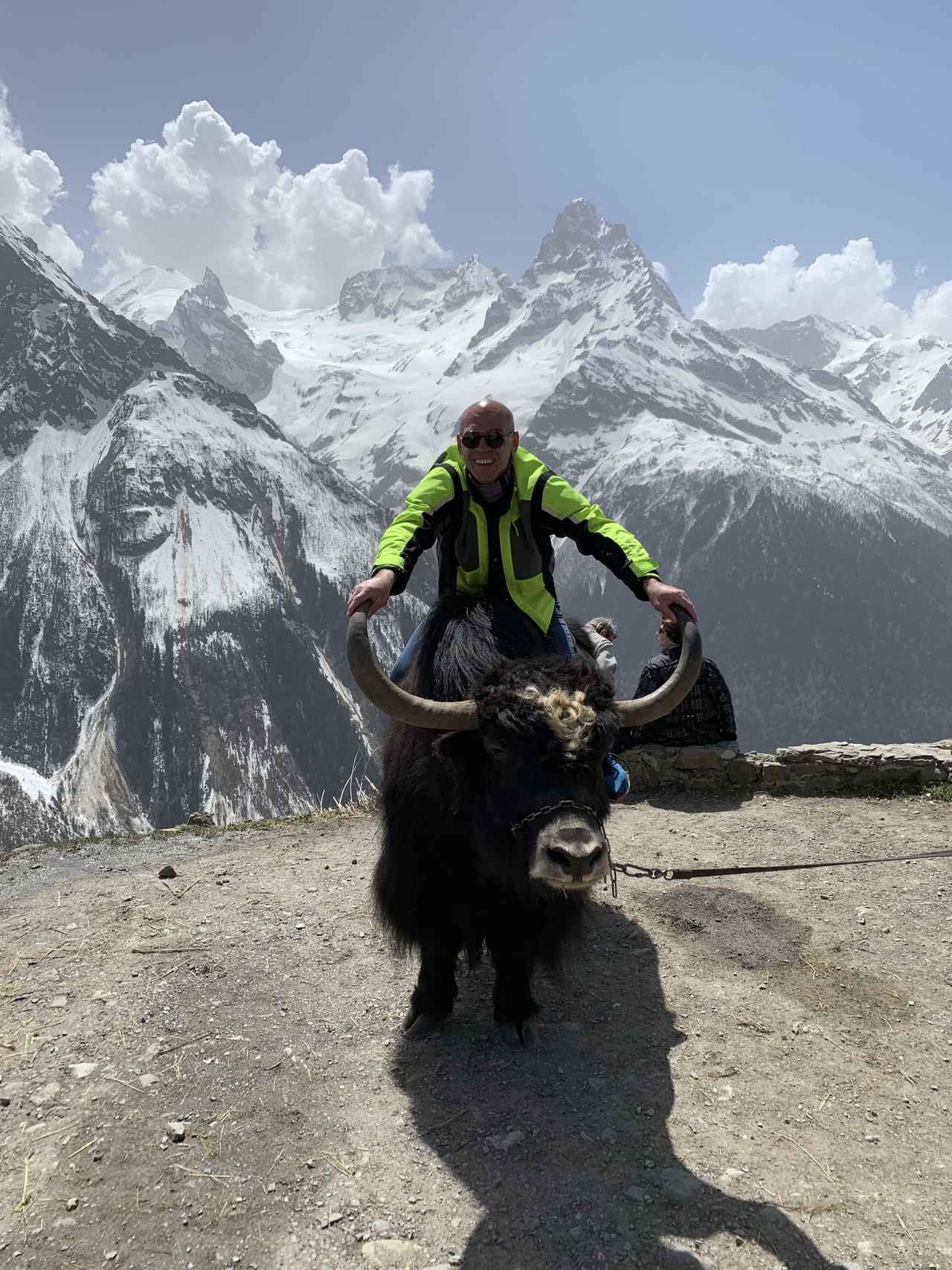 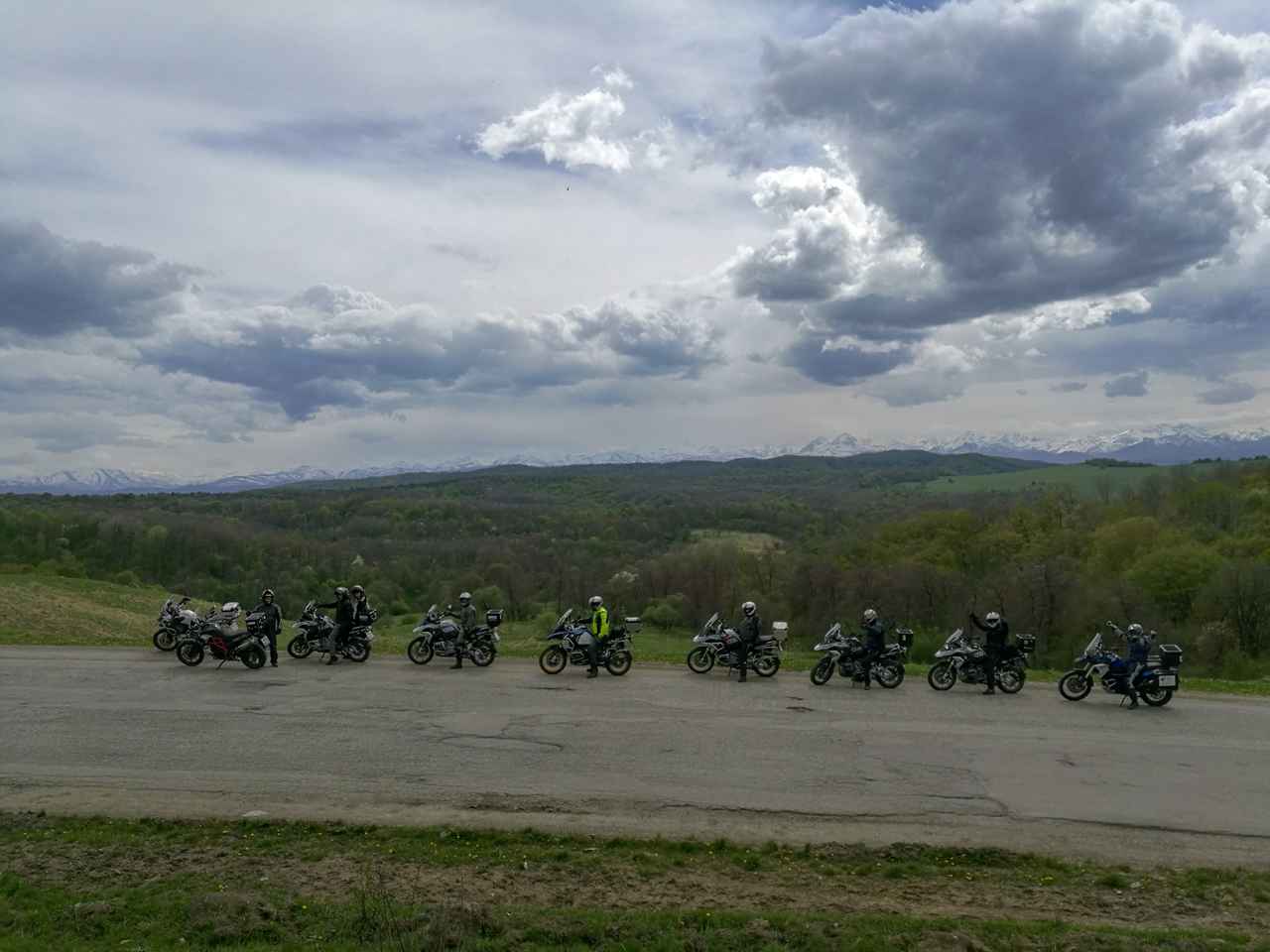 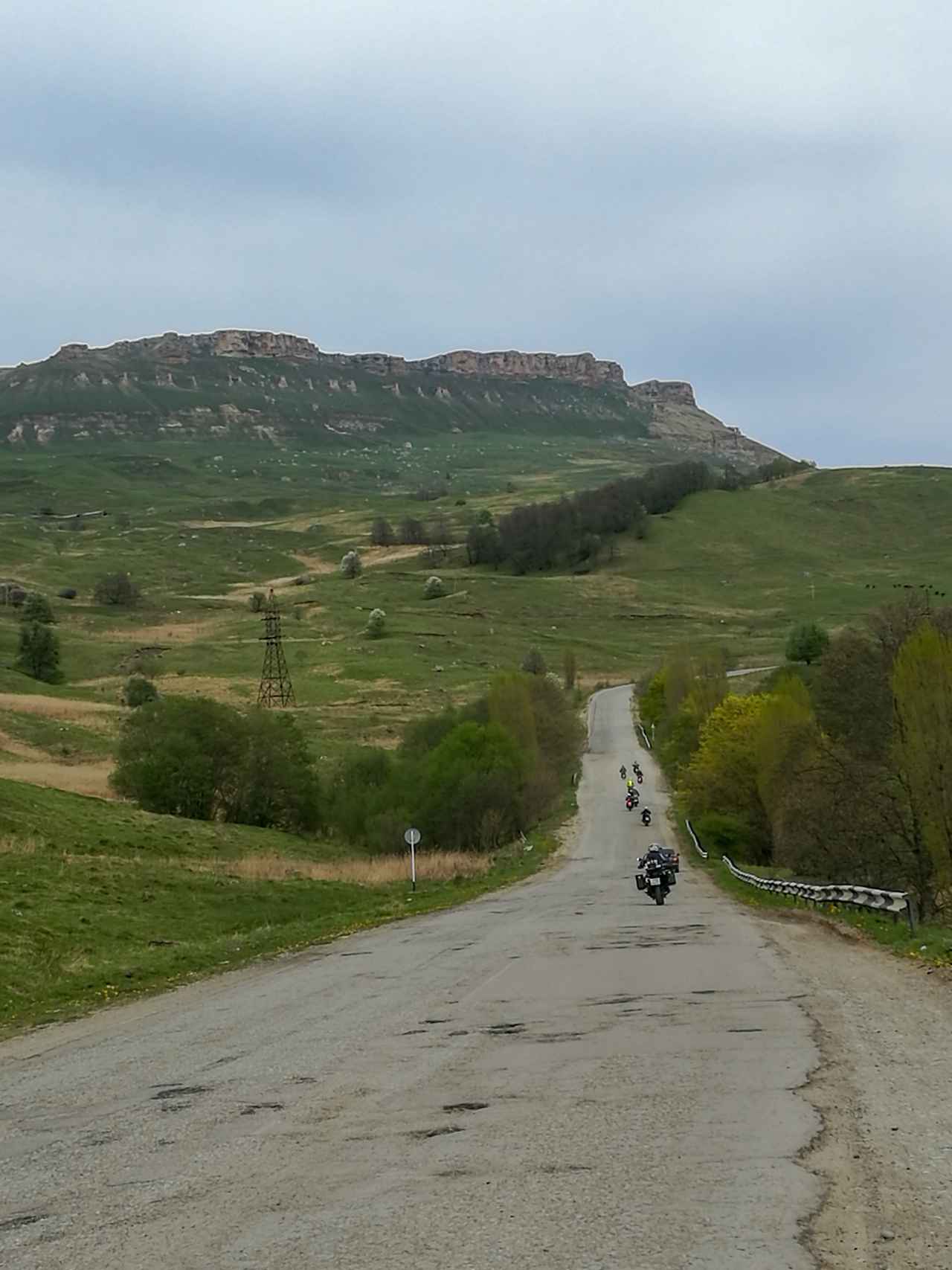 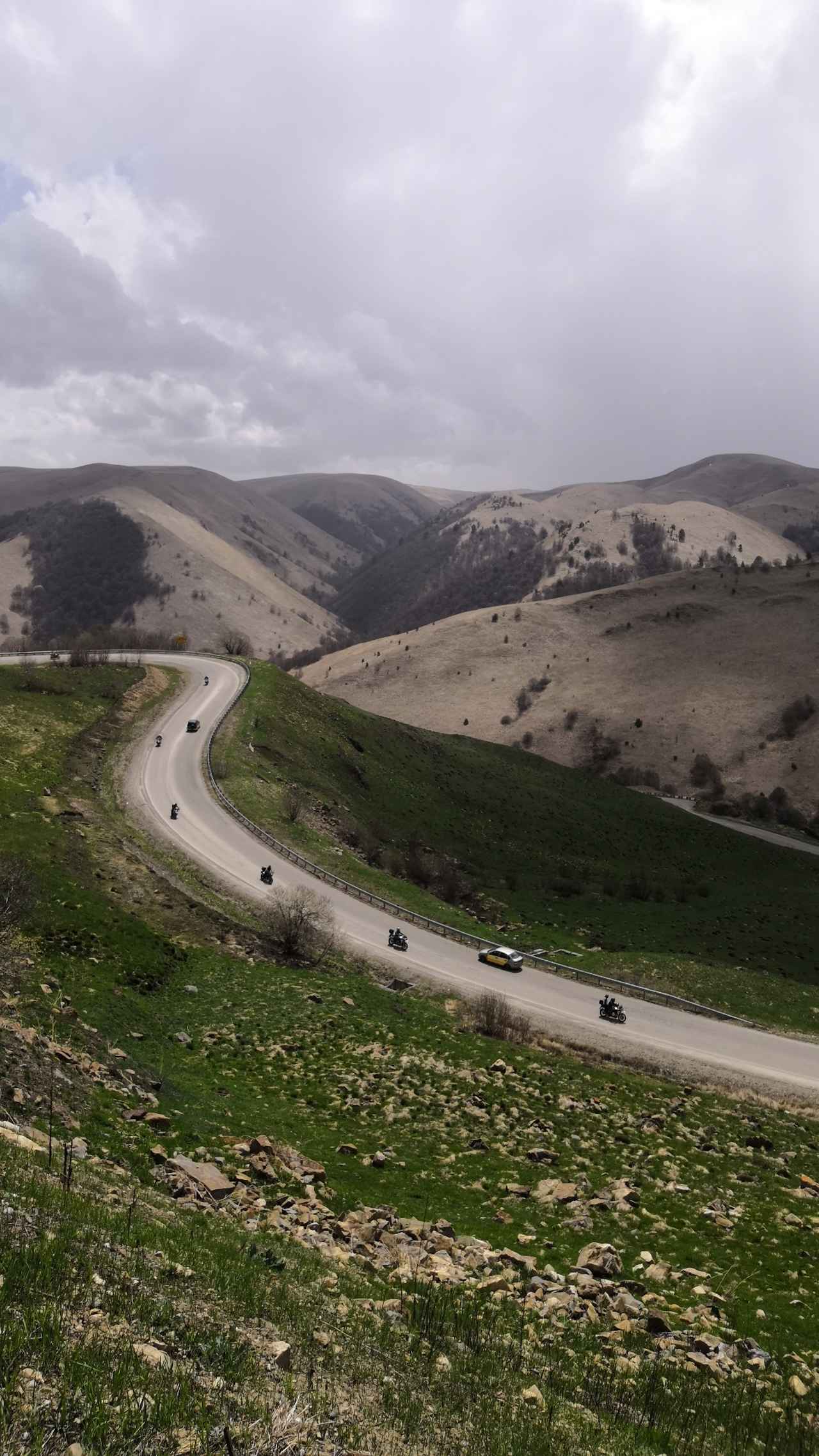 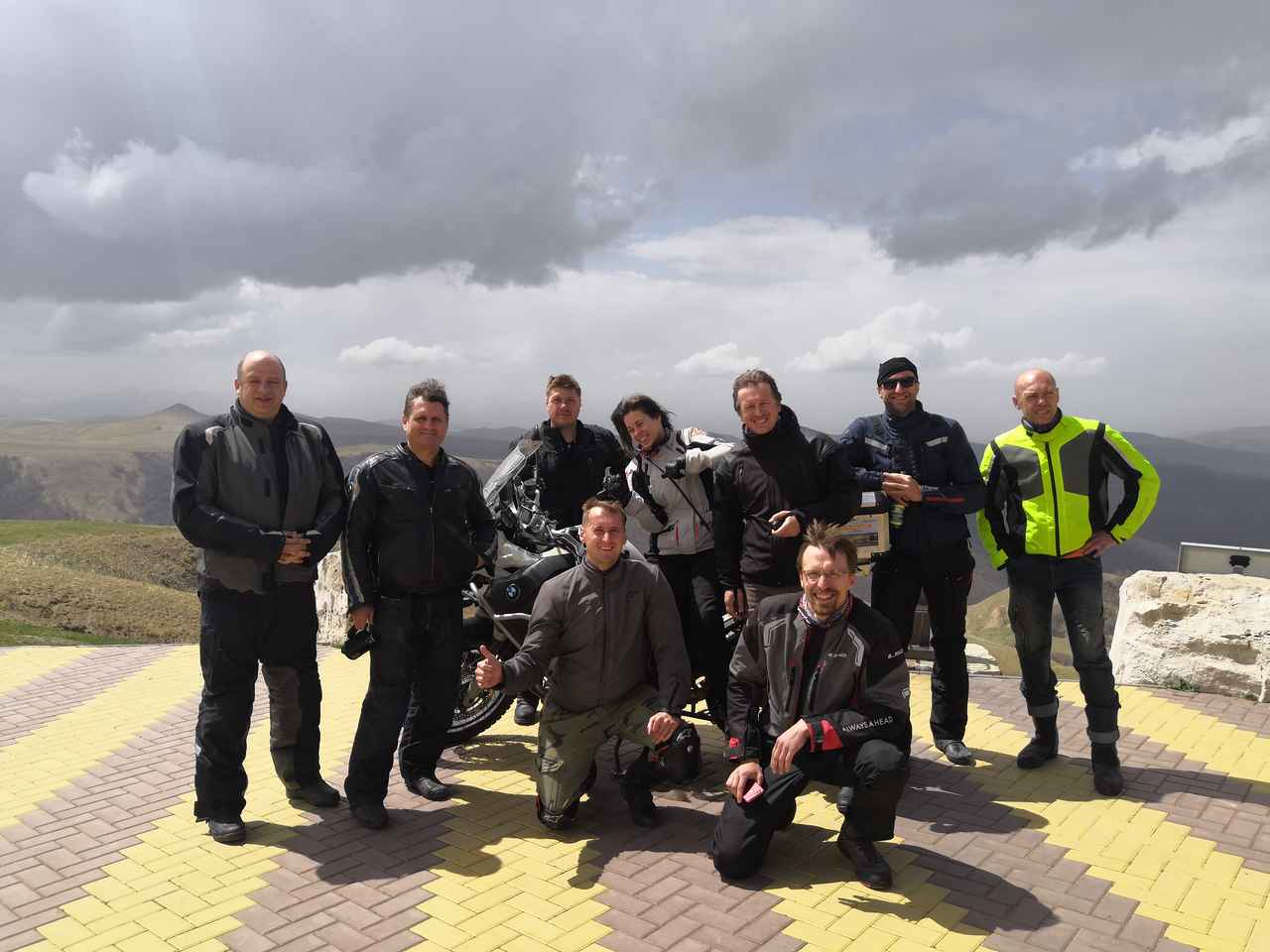 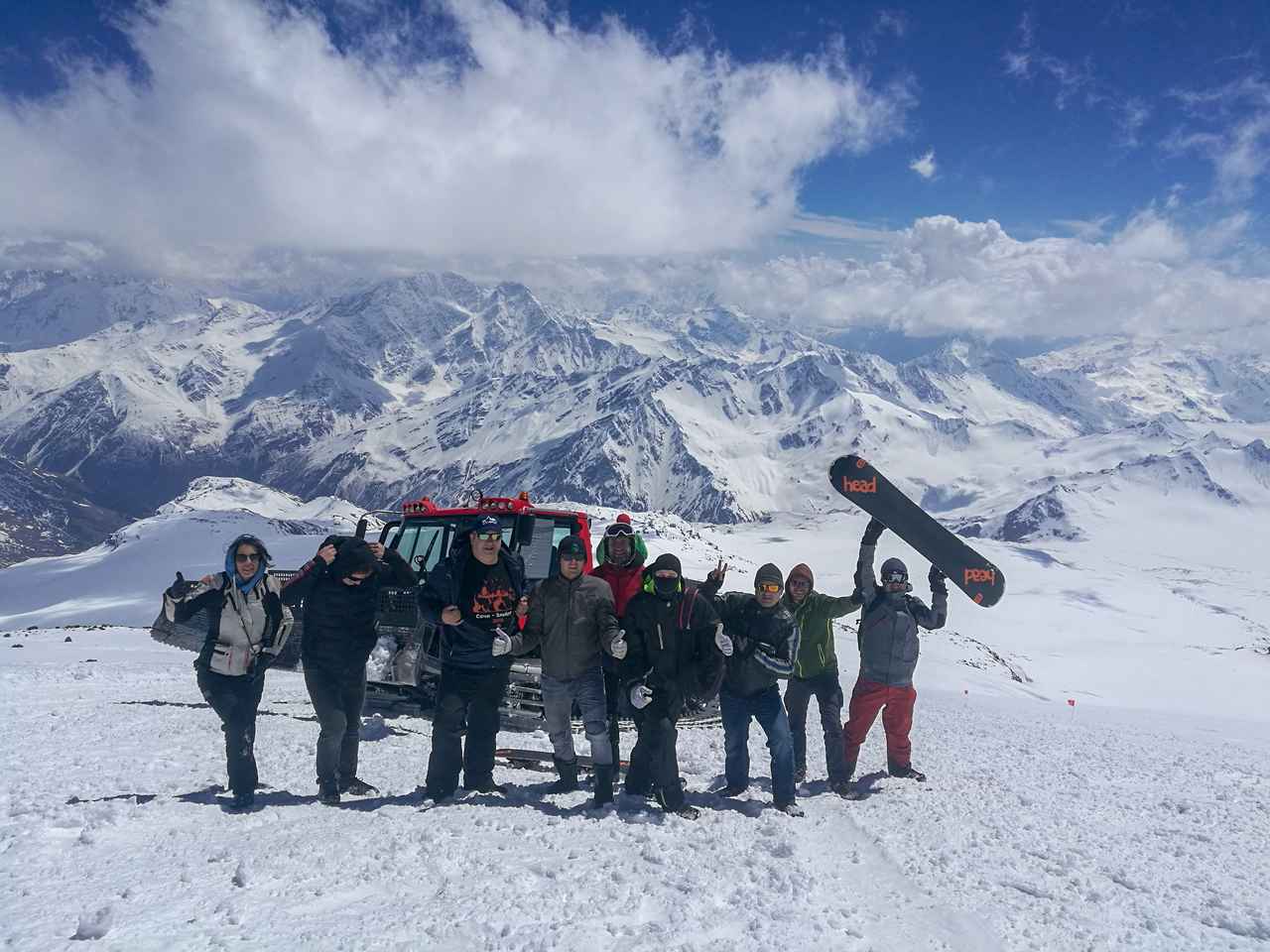 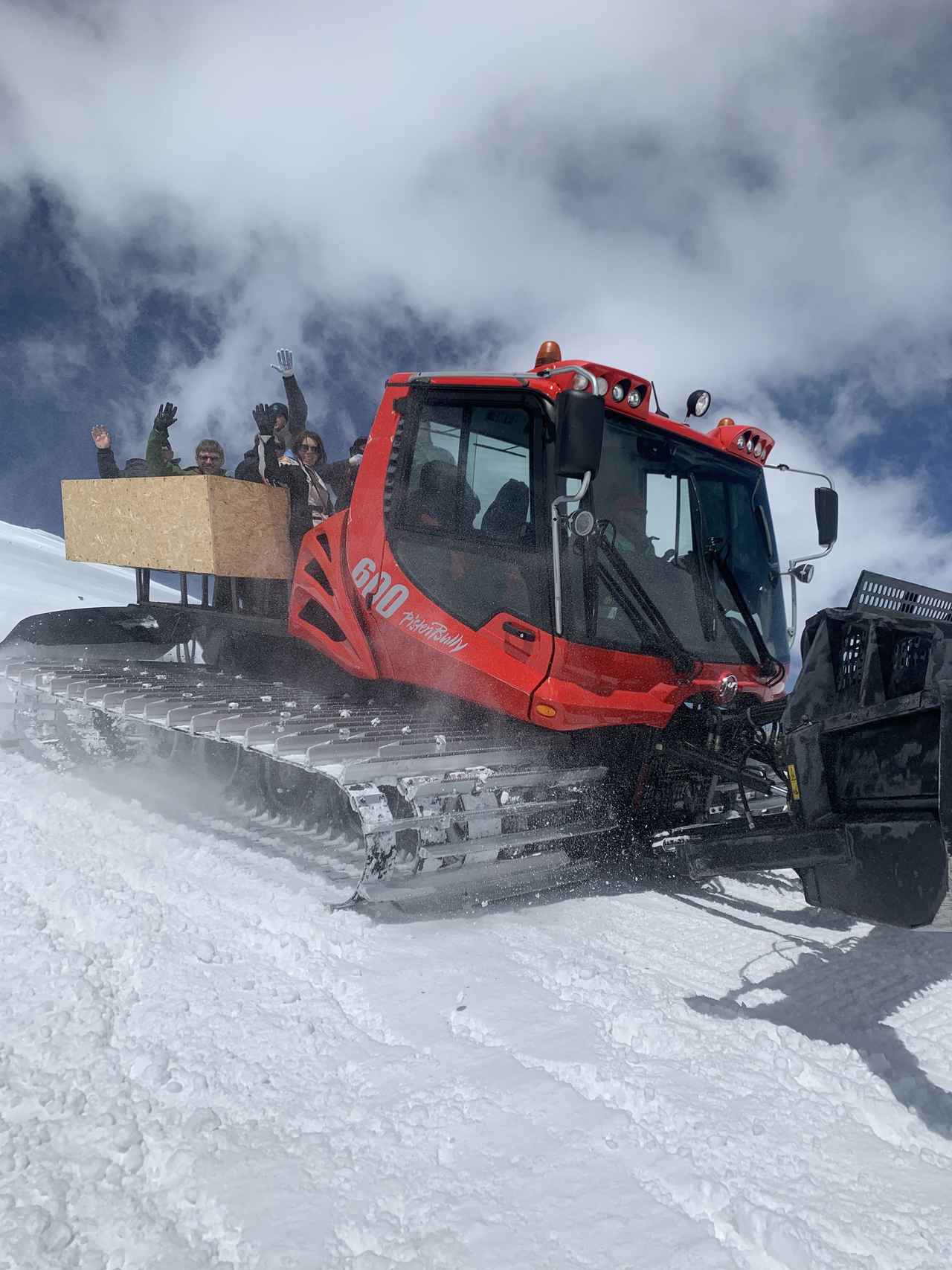 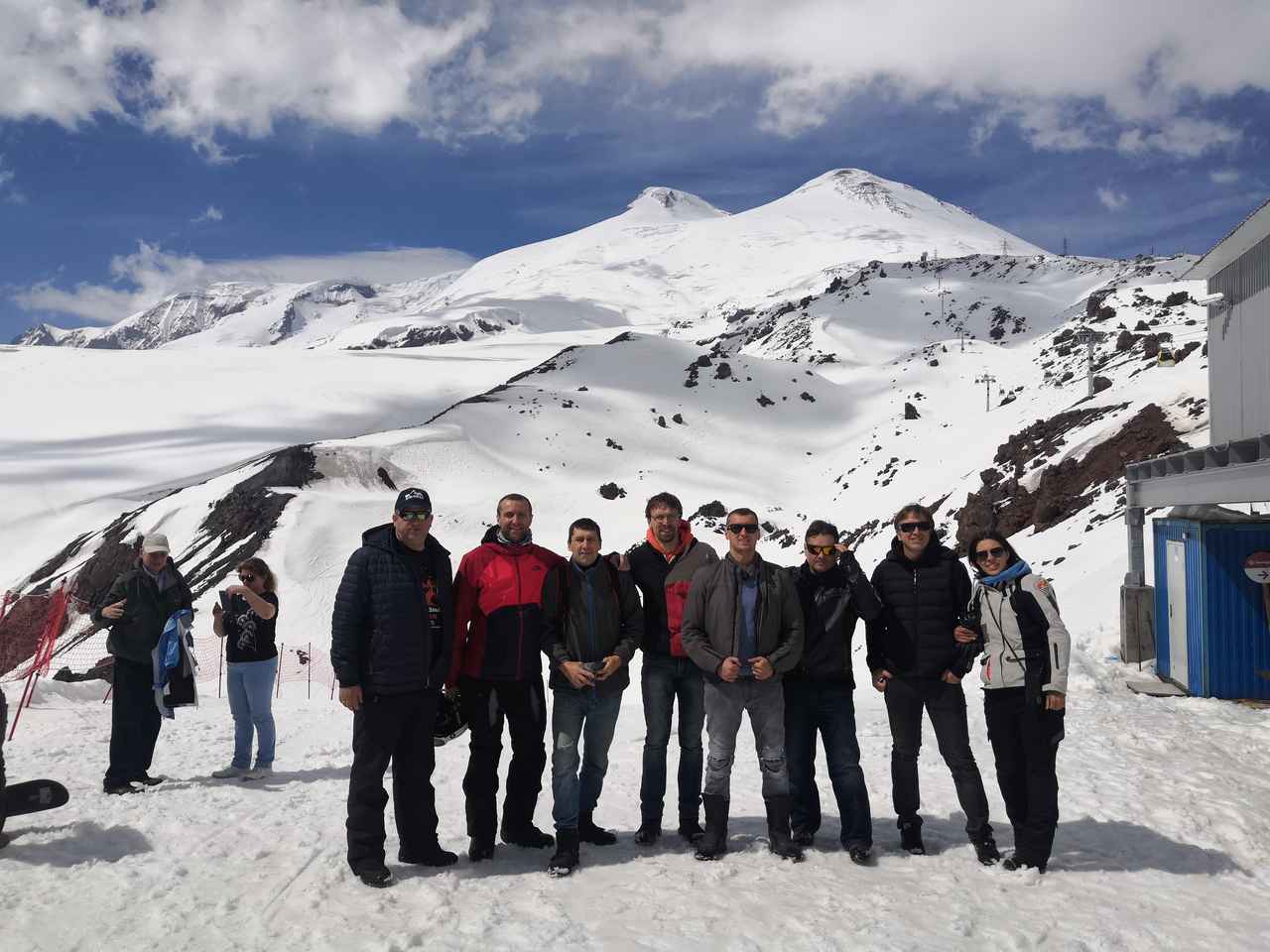 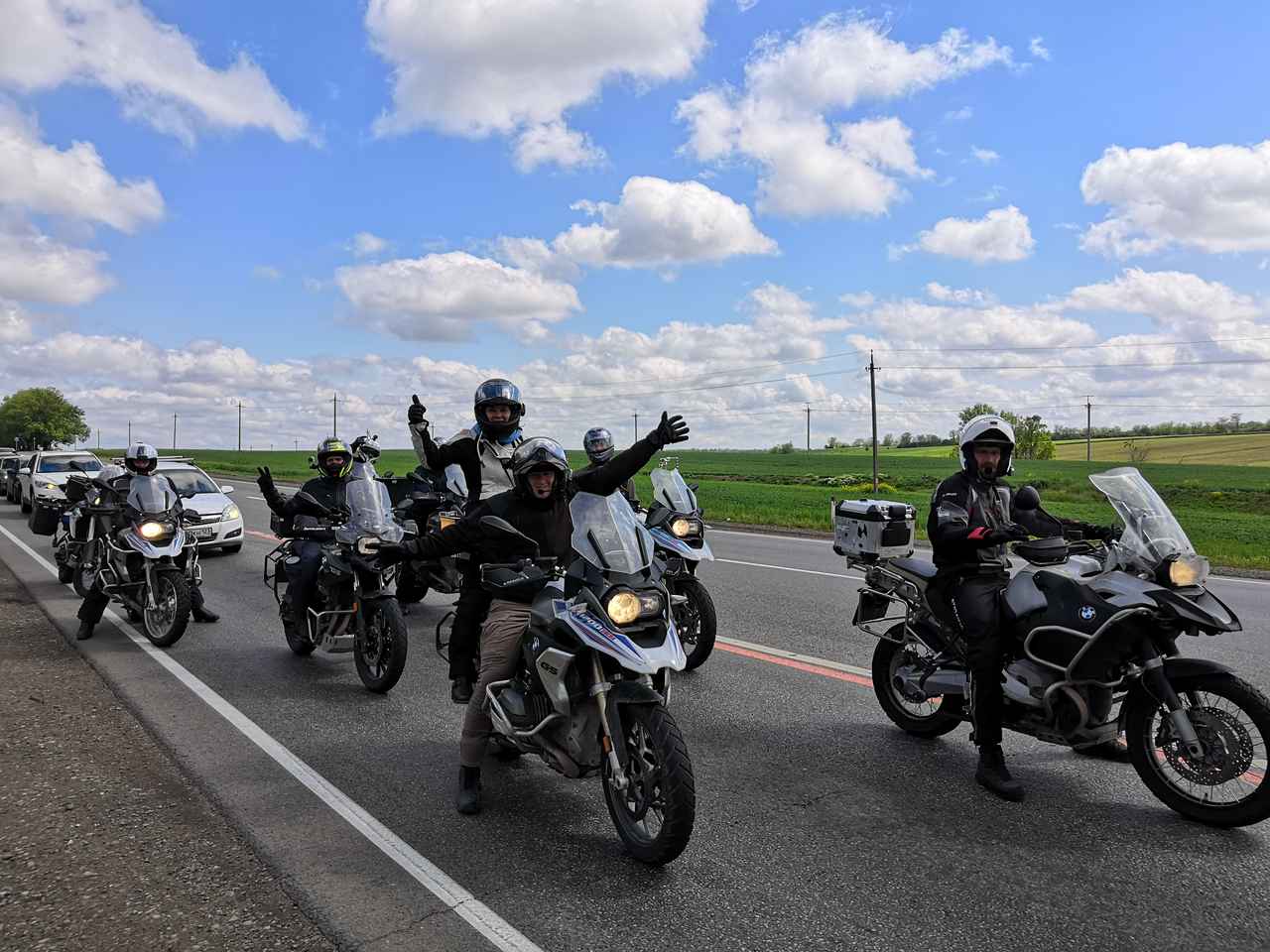 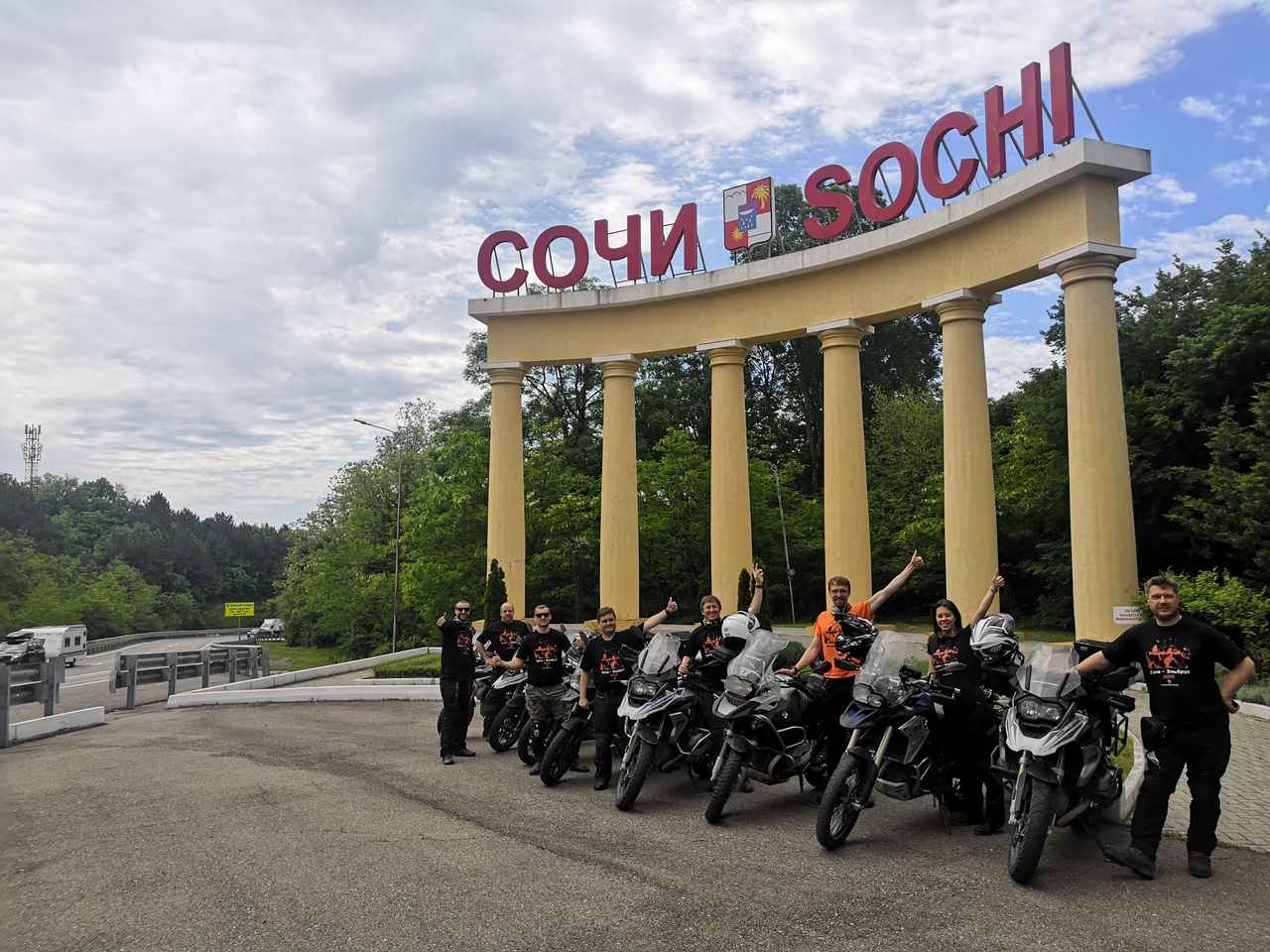 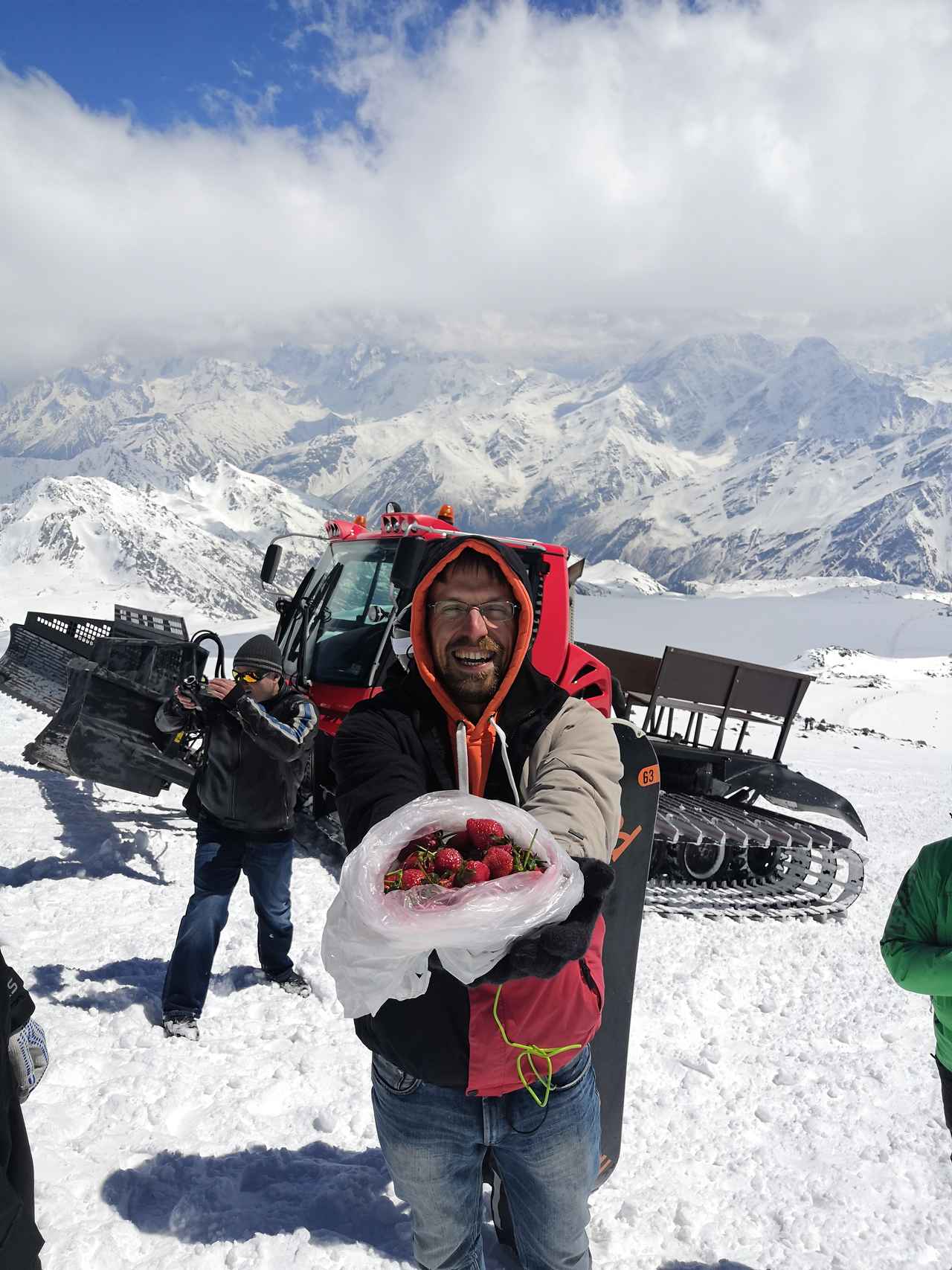