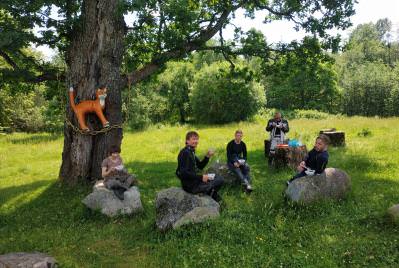 Seliger-Valdai is a special weekend tour. The longest and, perhaps, the most extreme due to off-road sections with a total length of 150 kilometers. This is why it is our favorite tour J. This year we have planned 3 such tours, and today we will talk about the first of them, which took place in July 2020.

Let's start with the fact that our tour was very unusual in the composition of participants, and their motorcycles.

The most unusual experience for us was that the participants ride on this tour on their road bikes. The roads on Seleger are quite difficult, so we had adventures ahead of us. In addition, it was the hottest Seliger tour for the whole of our history. All 4 days the temperature was stable +30 degrees.

On Thursday morning, we met outside our office. We got acquainted, sorted out the formalities, and set off to leave Moscow early, avoiding traffic jams. We ride along the picturesque Rublevka road. Our first point is Savvino-Storozhevsky monastery. Very close to Moscow, to the West of Zvenigorod, this place is very pleasant to visit every time. A beautiful and quiet monastery, with a cozy territory and rich history. In addition, the monastery has a Proviantskaya tower, where they sell Russian drink Sbiten and delicious pastries, so we had a second breakfast at the monastery.

After Savvino-Storozhevsky monastery, we ride further to the North-West. All day we ride on local roads, so there was almost no traffic. Our next stop was lunch at Konovalovo, a small cozy Eco-club. After lunch, the adventure began – the first primer in our tour, a kind of test. It is very simple, but it shows a trend. We passed the first dirt track with honor, even road bikes went confidently. The next point on our way is an ancient sacred spring with a font, where we took a dip, cooled off and went further.

We arrived in Ostashkov, a city on the bank of the Seliger lake, in the evening. After all, 450 km a day along the secondary road is not so short. We checked into the hotel, and went for a walk around the city, and then dinner. The dinner was very emotional – because of the quarantine, almost nothing worked, so we sat on the veranda with a view of the lake, the only ones in the restaurant, talking and talking.

The morning of the next day promised us the beginning of adventures, because the 2nd day in our tour is the most difficult in terms of roads, only 250 km, of which about 100 km of dirt roads. First we went to the source of the Volga, where a high-quality dirt road led. The nuance concerns all primers on Valdai – they are good and high-quality, but often, very often, there is sand. It is quite difficult to see it from afar, and to assess the depth of the sand cushion, and the motorcycle on these areas begins to  floats on the dunes :) So the first fall happened here, on the sand. Then there were several more, fortunately they all ended safely, the sand is soft. We arrived at the source of the Volga, an amazing place where you can literally step over the famous river, because it is just a stream.

After the source of the Volga, we went to the farm Olgino for lunch. A very nice place – a kind of "Eco club" without gloss and varnish. Everything is rustic, at the same time, the food is very delicious, and the atmosphere is pleasant and sincere. This time because of the coronavirus, we were not allowed under the roof, but we sat at a picturesque tree with a gold chain and a cat, which is not so convenient, but much more atmospheric and pleasant. Oak, Golden chain and cat are symbols from a very famous Russian fairy tale.

After that, the most adventurous part of our route began, the dirt road between Seliger and Valdai. It is unforgettable to ride this route with a group that includes road bikes, but we passed everything with honor. The guys quickly realized that putting their feet up on difficult sections was a bad idea, and thanks to this, they went much more confidently. I want to describe how it was, but words are not enough, you just need to go and feel everything yourself.

We arrived at Valdai in the late afternoon. We stopped at our favorite Valdai Eco Club, where we are already welcomed as family, especially since there were ten of our motorcycles in the Parking lot – just at this time, Enduro training was taking place on Valdai, so the company was great. In the evening, we had dinner with our endurists at the same large table, drank beer and talked. And then went to the Banya, where we steamed, swam in the lake, and together the dust of the roads washed away the stress of the second day :)

The third day was quite easy, we ride on a roundabout route, returning back to Valdai. First we stopped at the famous Valdai Iversky monastery, then went to Borovichi, where we admired the wooden railway station and took a few photos in the "Western"style. After that, we went to Akulovka, a small provincial town, where a full-length monument to Tsoi is installed at the railway station, on a motorcycle. How it appeared there is a separate story.

Then there was a small dirt section, and the road to lunch. We had lunch in an interesting place, a restaurant with its own fish farm, so the smoked, fried, grilled, etc. fish was just great. After that, we returned to Valdai, where we rested, talked and prepared for tomorrow's return home.

The fourth day is return to Moscow. Started on the M11 toll road. As it turned out, the small G310R is quite riding 140km/h on a good road. On the way, we stopped at the Museum of architecture, where a unique Russian bridge made of stones has been preserved. Then there was a very delicious lunch in Tver, where we were covered by a strong rain, but it turned out to be local, so just by the time we started everything was over. Then we returned home on the toll road, and at 6 p.m. we were in Moscow.

Thank you to all who participated with us, the brave endure riders! It was a great tour. 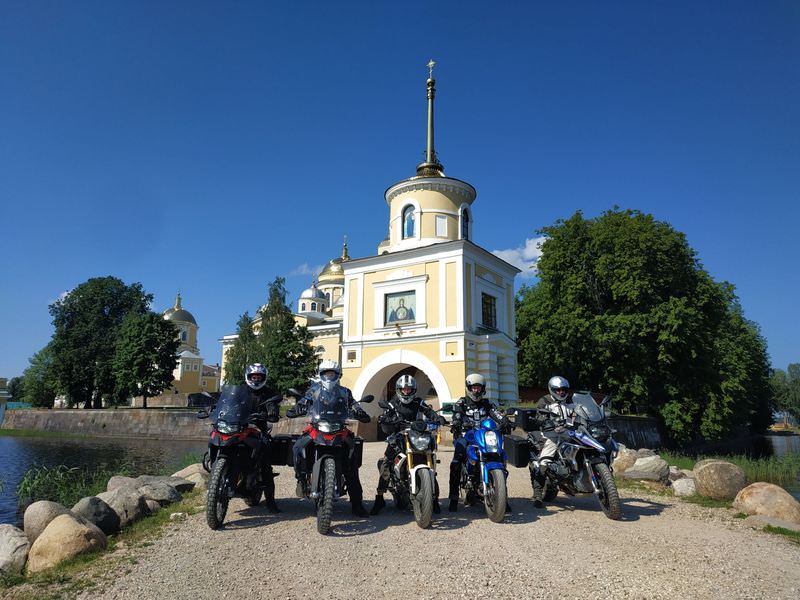 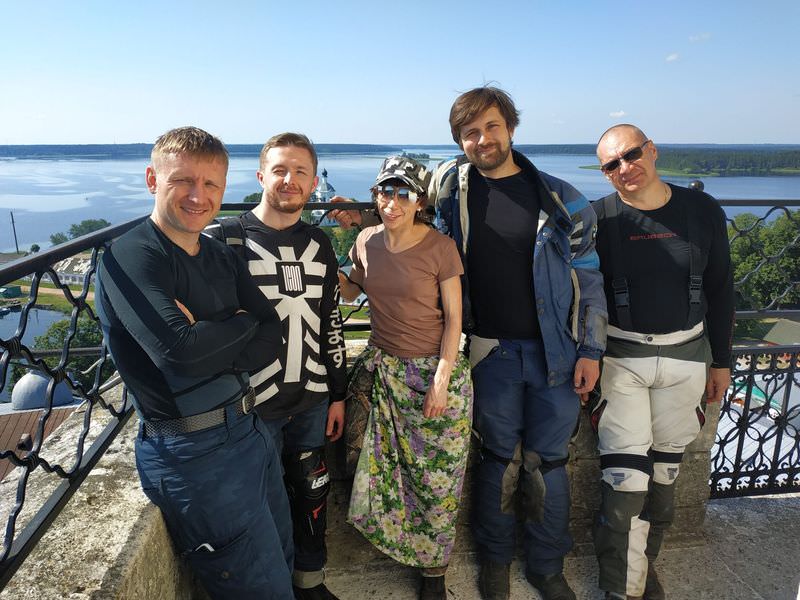 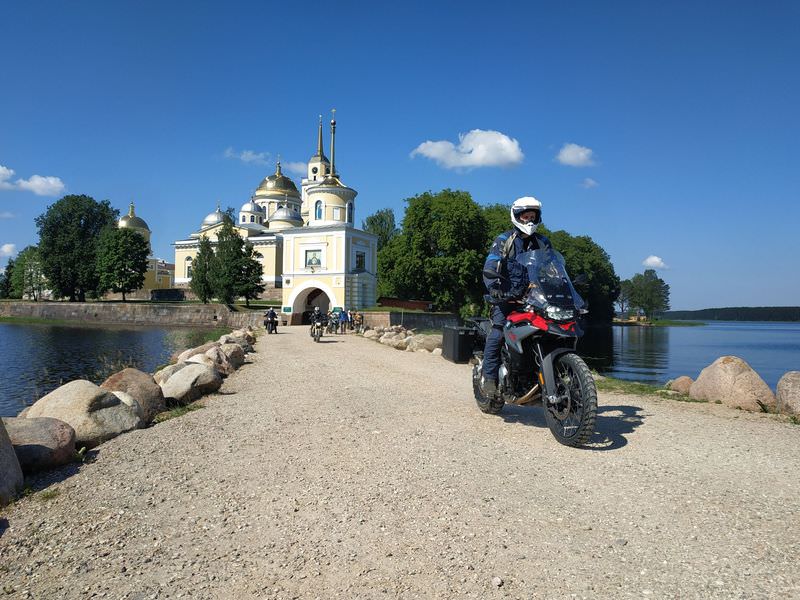 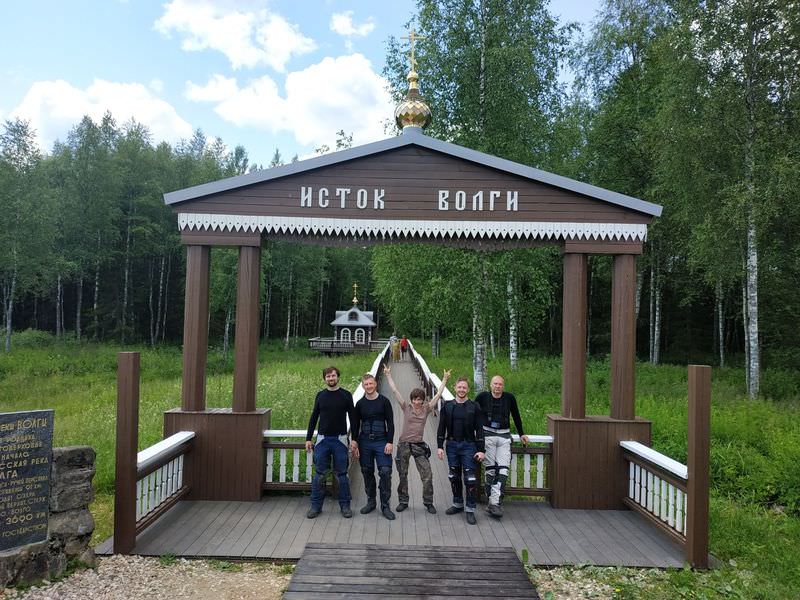 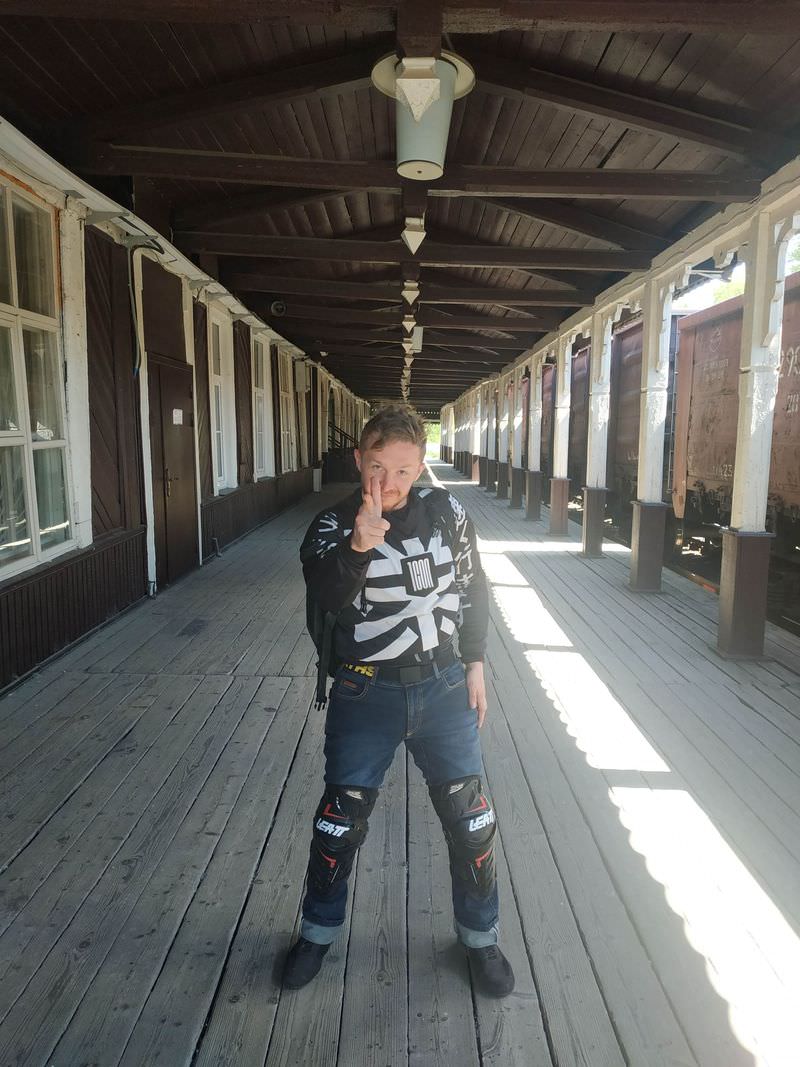 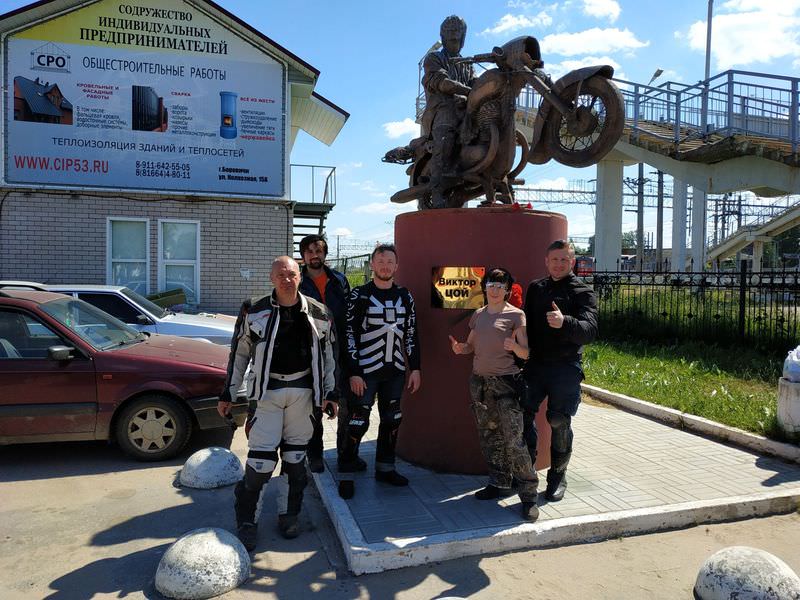 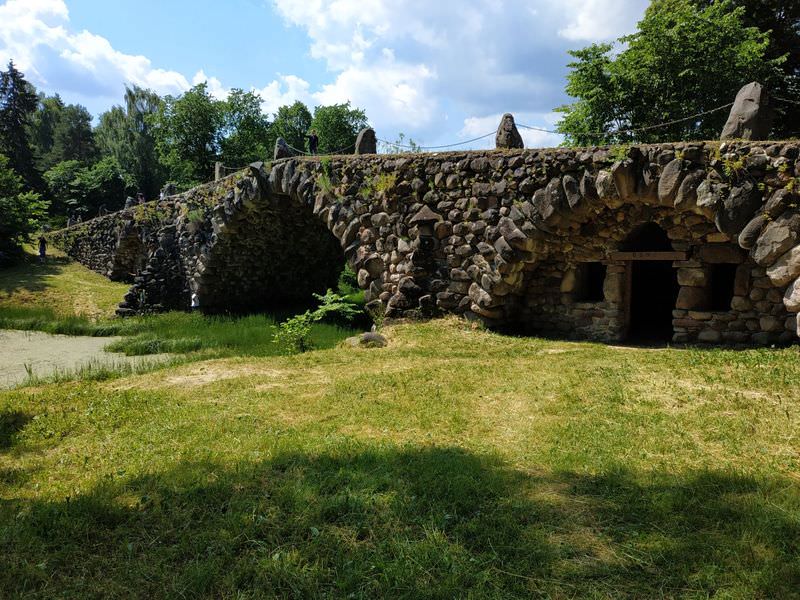 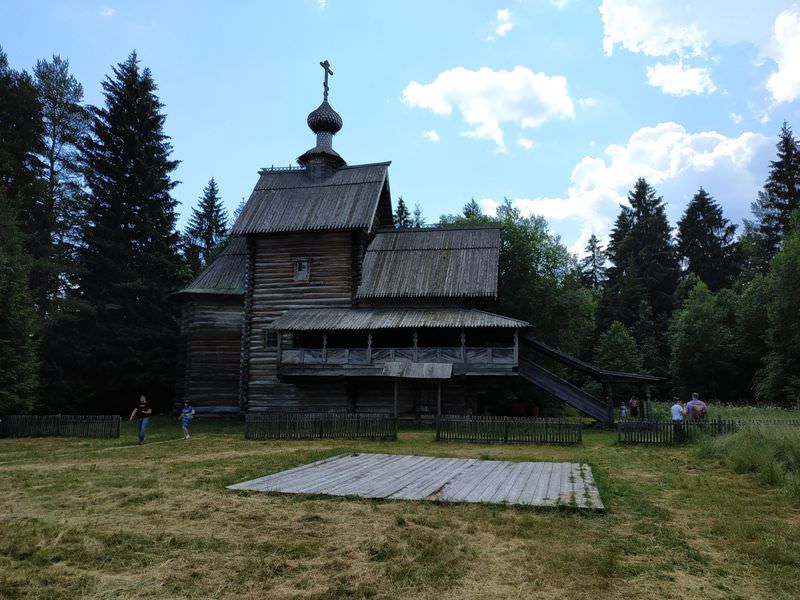