Skornyakovo-Arkhangelskoye, a weekend tour in 2020 season 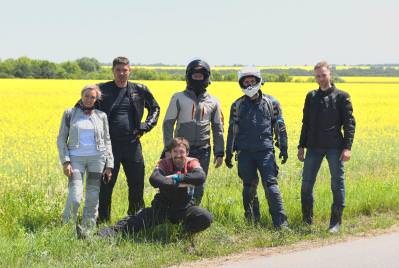 This year we have already made two tours to Skornyakovo-Arkhangelskoye, an old manor house on the banks of the Don river. This manor from the 16th century is one of our favorite places near Moscow, restored in the 21st century as a tourist destination, it has retained its charm, and it is a great place to relax from the city. Today I will tell you about the first of two tours.

Participants of our tour:

The weather for all 3 days was very hot, which is good on the one hand, and hard on the other. On the first day, we broke through Moscow traffic jams, and jumped out on the M4 Highway. After passing 100 kilometers, and breaking out of the traffic zone, we ride to the secondary stages, and returned to the highway only on the third day. Immediately after the highway, we stopped at the Belopesotsky monastery – a small, but very old, with its own history, which was once an element of the defense of Moscow. Then we went to Zaraysk, where we visited the Zaraisk Kremlin, a masterpiece of architecture and fortification. Because of the active measures taken at that time to fight the coronavirus, we were not allowed on the walls. But we were able to take a good walk around the fortress itself.

Then the adventures began. Our usual favorite place for lunch, a restaurant in Zaraysk, was closed due to quarantine, and we ride to a small recreation center off the route to have lunch. Our tour is 99% asphalt, we never write 100%, it is because of such stories – this new place had to go on a dirt road. However, only 3 kilometers, in dry weather it was a small pleasant adventure. We arrived at the place, and it turned out that our lunch is not ready yet, so we had time to swim, it is very nice at +30. Then we had lunch, and only the participants of our tour will understand what the motto "for the airborne forces" has to do with it.

Then we went in the direction of Skornyakovo. Pleasant secondary roads, and only one big stop, at Kulikovo field, where we walked to the monument on the Red Hill, the first monument on the site of this battle, built in the 19th century.

We arrived in Skornyakovo quite late, about 21 hours, due to the prolonged lunch and the lengthening of the route. Nevertheless, in the evening we had a great time on the terrace of the Balmont restaurant, where we finally became friends in a pleasant atmosphere.

The next day was more about rest. We got up later, planned a small route through the surrounding area, and set off. A little ride on the local roads, just for fun. Then we stopped at Kudykina mountain – an interesting theme Park dedicated to fairy tales and history. The place, of course, is more for a family holiday, but I also liked the huge serpent Gorynych, Russian dragon with 3 heads, Bogatyrs and so on. After Kudykina Mountain, we went to Zadonsk, where we visited the famous Zadonsky monastery. Then we went to lunch, and one of the most pleasant experiences of the day was to enter the air-conditioned room. However, the dinner itself was also very delicious. By the way, this is strange-everywhere along the way we were fed only takeaway, or on the veranda, and the restaurant in Zadonsk was working normally.

We returned to the estate in the late afternoon, and went swimming. Don is a very fast river, you need to swim to stay in place. But most of the river is not deep. Swimming in the river is what you need at the end of a hot day. In the evening, we chatted again over dinner, this time moving our table closer to the lake.

The next day we had to return to Moscow. Immediately after the start, we went to Vargol – since Galichya mountain, the reserve where we usually go, was closed. Vargol is a rocky canyon in the middle of the flat Yelets region, a cult place for rock climbers, and just a very beautiful and unusual sight in the middle lane. After Vargol, we stopped in Yelets, visited the Cathedral, and then went home. We decided to take the M2 instead of the M4, as it is much more pleasant and almost as fast. Already closer to Moscow, we flew into a local, but very heavy rain. An incredible contrast – from +30 to +15 and a downpour, but we passed this ordeal with honor :) About 18 hours we were already in Moscow.

Friends, thank you all for participating, it was a wonderful 3 days! We are waiting for you all again! 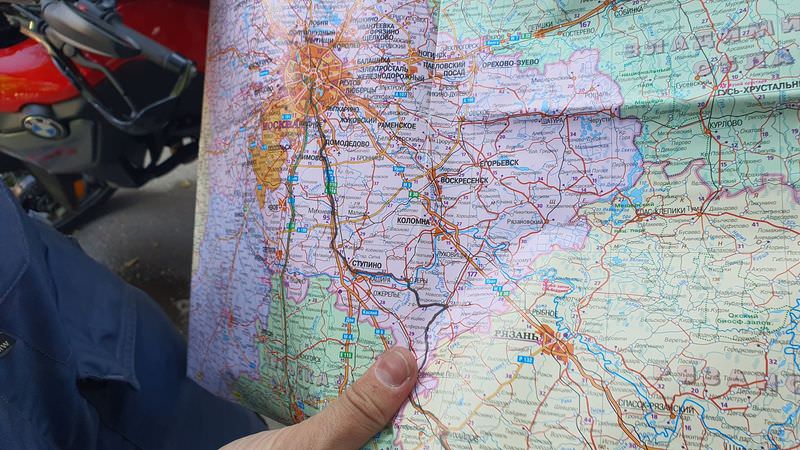 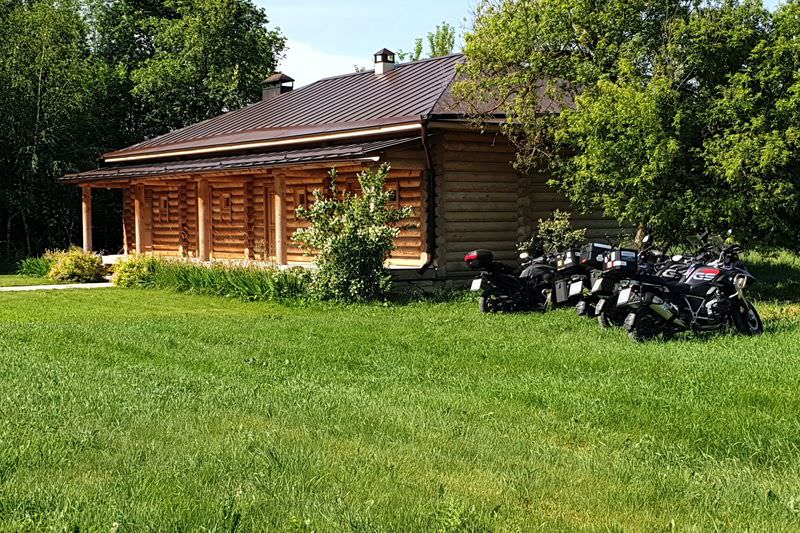 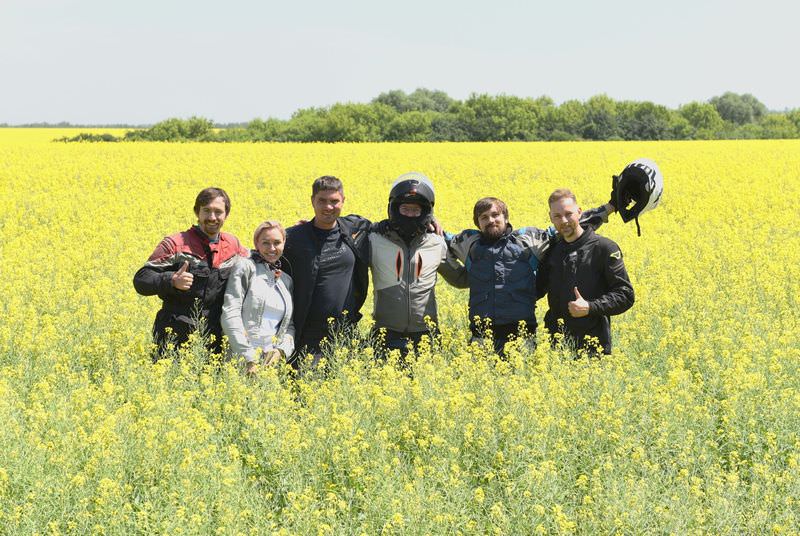 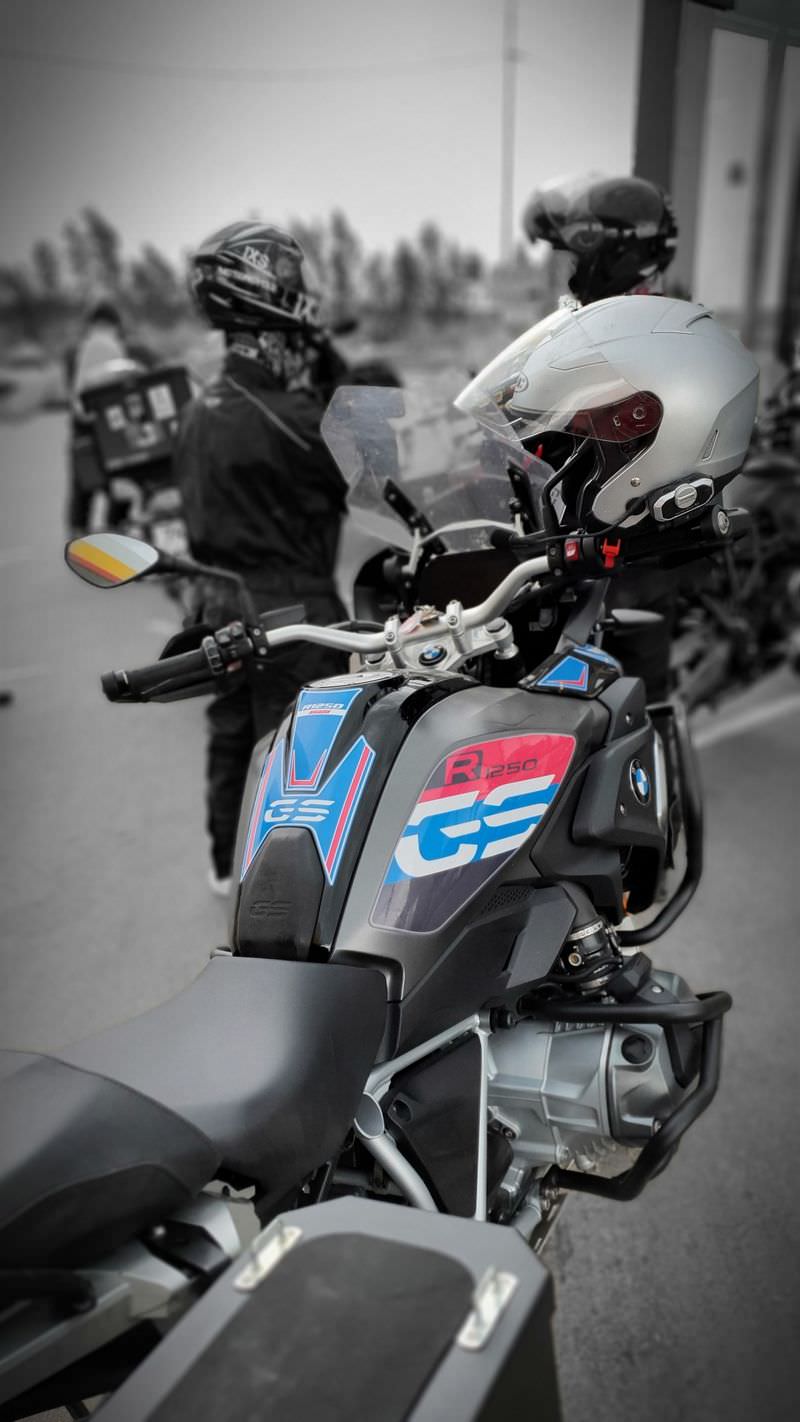 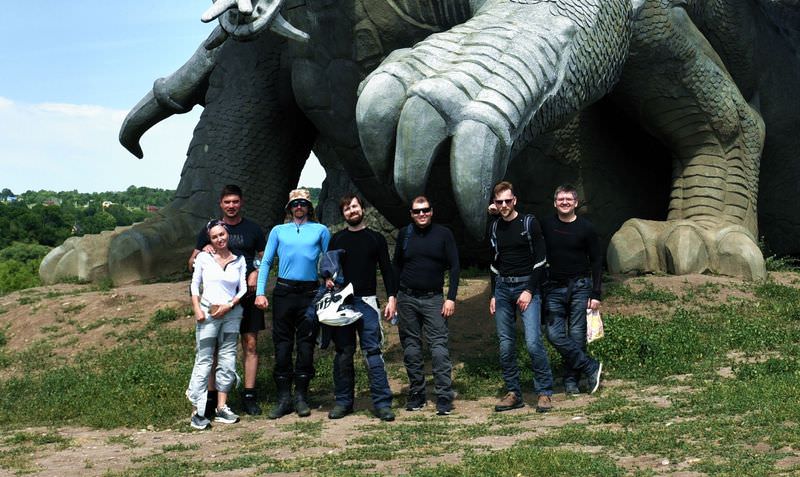 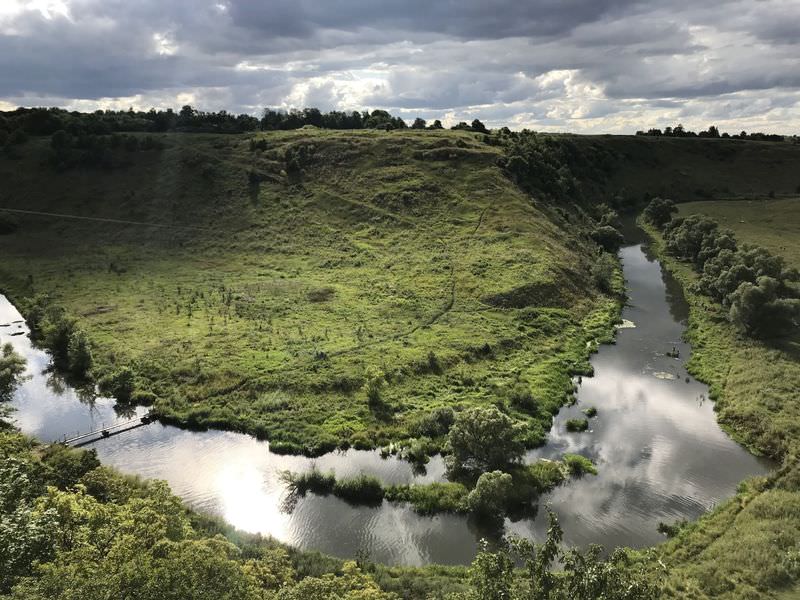 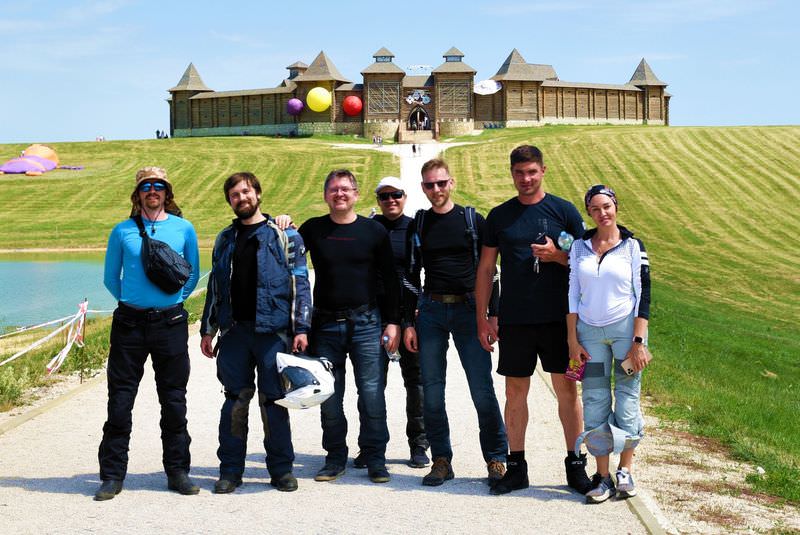 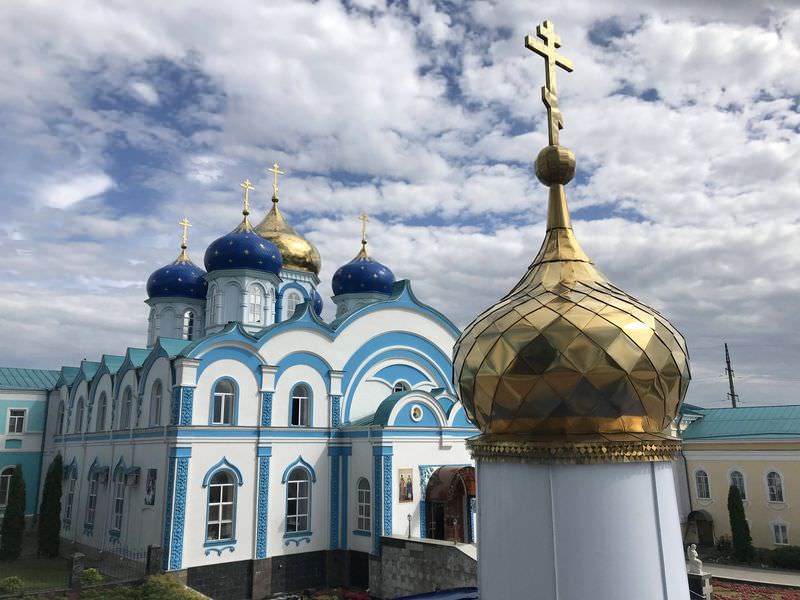 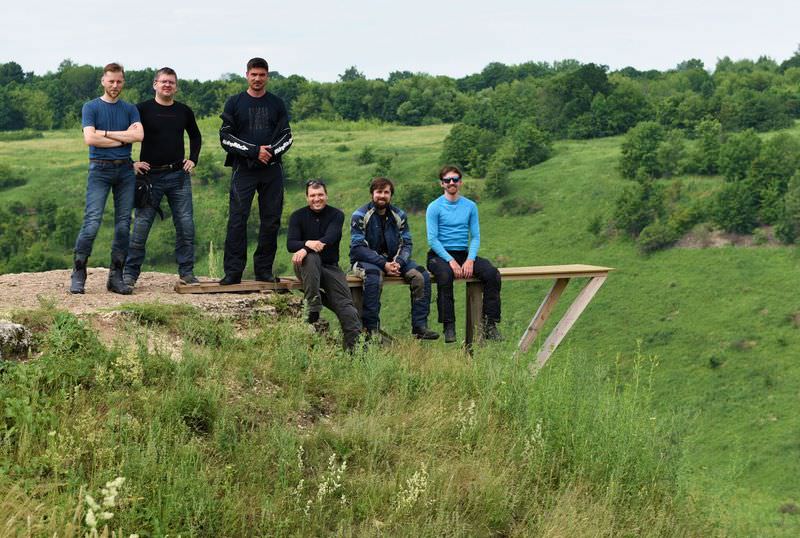 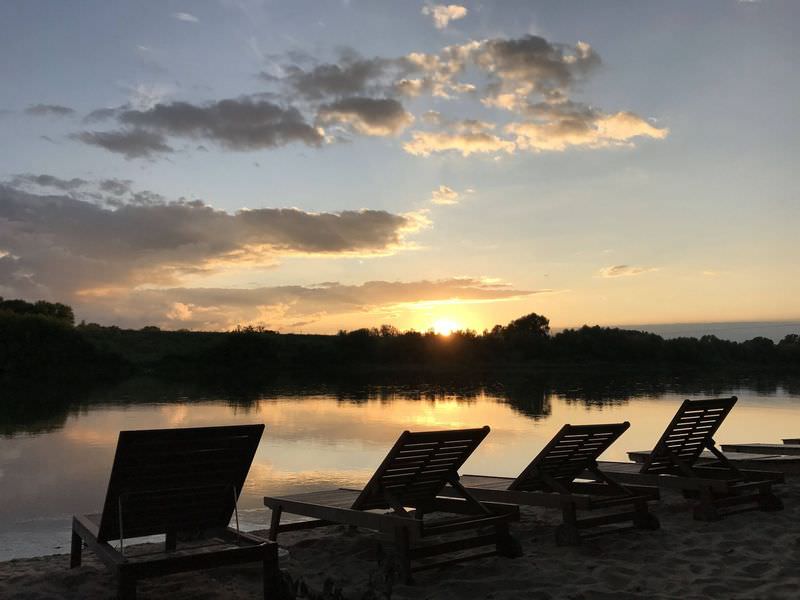 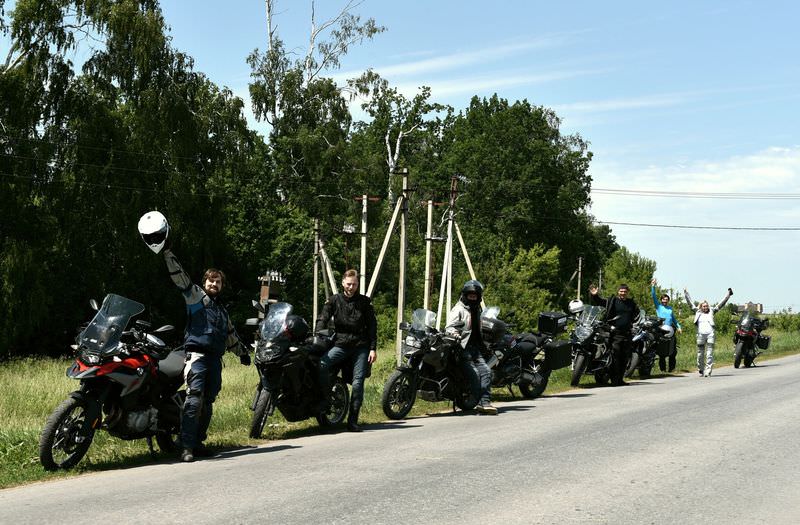