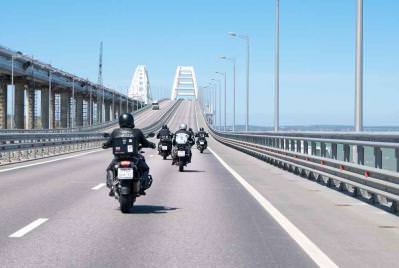 At the end of April we did our usual Sochi-Crimea tour. This time we had a group from Germany, the guys have been traveling together for 15 years already, this year they decided to come to Russia.

We met in Sochi, where we have a start / finish of the tour. In a small cozy hotel in the mountains, the guys got motorcycles, signed documents, we had dinner, treated our guests with traditional Russian dishes, and then the next day we moved towards Krasnodar, capital of the region.

We left the hotel late, it was pretty cool weather, only +12 in the afternoon, instead of the usual +20 at this time of year, so we drove slowly, with stops, tea / coffee, good lunch. Serpentine to Tuapse was a little busy in the afternoon and the speed was low. But no one was in a hurry, everyone understood that this was only the beginning, the first day.

We arrived in Krasnodar in the evening, left the motorcycles in the hotel parking lot and went to dinner. It was Sunday, the central Krasnaya Street was “pedestrian only”, closed for cars, garlands were hanging, people were walking everywhere, street musicians were playing. Such a spontaneous holiday in the city very surprised and impressed our guests. In Krasnodar, we went to steak house Meat.Love. Good place, not the first time we have dinner here, we advise everyone.

The next day we had a long run immediately to Sevastopol, more than 600 km, including a third of the route along the repaired Taurida Highway in Crimea. We liked the new Crimean bridge. We arrived at the hotel after 7 pm, tasted a shot of home-made cognac in the bar and went to dinner. Yesterday there was a steak house, today fish + wine.

The third day we spent without motorcycles. In the morning there was a walk through Khersones, old ruins of the ancient city, then we drove by car to Balaklava, a boat trip in the Black Seas with dolphins right near the boat, lunch, then to Bakhchisarai, where old Crimea capital was located during the Tatars time, a Khan's palace, a dinner in the local restaurant. In Sevastopol we returned late and immediately went to sleep, everybody was tired after colorful day.

The fourth day will turn out to be the brightest in the whole tour. It all started with Swallow’s Nest, where we were lucky to meet Valentine, a German-speaking guide. Valentina worked as a guide in the Crimea in the time of the USSR, when steamboats with tourists came from Germany. Now there is no such thing and to meet us was a big surprise for Valentina. She immediately invited us on an excursion to the Livadia Palace (famous Yalta conference in 1945 was held with Churchill, Stalin and Roosevelt here) where we were already headed, saying that she would certainly conduct the excursion herself. We agreed and got a great tour of these historical sites.

Next was a beautiful road to Sudak / New World, which everyone liked. In the evening we had a dinner in a restaurant. In our hotel there was almost a full load, in the restaurant corporate party, almost all the tables were booked, we were lucky to get the last one. At some point, some of our guys came out to smoke and in the smoking area right near the entrance they were given a bottle of BMW vodka.

The fact is that at the other tables in the restaurant there were people from the alcoholic beverage industry, journalists from specialized publications, and someone had an exclusive BMW gift vodka in the car. Having seen us, having seen guests from Germany with us, having seen BMW motorcycles in the parking lot, the guys decided to give us a present. It was very cool, THANKS !!!

But that was not finish yet, the last highlight of the evening was a meeting with a company of young Germans who ended up in the same hotel. They are building a Lutheran church in the Crimea, working as volunteers. This is hard to believe, but such meetings also happen.

The next day we spent without motorcycles, in the morning we walked along the Golitsyn trail and juniper groves, then there was a Genoese fortress in Sudak, an evening chill evening on the beach at the hotel.

From Sudak with a stop in Gelendzhik we returned to Sochi, to the village of Krasnaya Polyana, where we have a base and where we finished the tour. The farewell dinner and the next morning all flew home.

It was a nice good tour. We showed our guests a piece of Russia and they liked it. We are looking forward to see them again in the future to ride again. Description of our Sochi-Crimea tour can be found here - https://rusmototravel.com/tours/one-week-motorcycle-tour-around-sochi-and-crimea-area-explore-russian-south

Ride safe and see you soon! 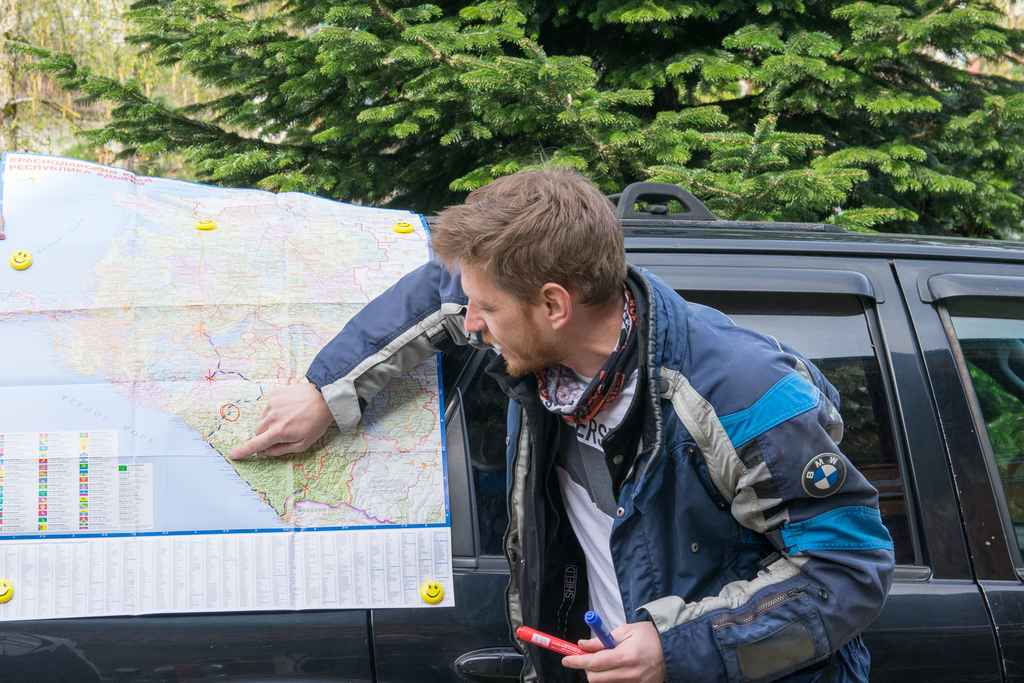 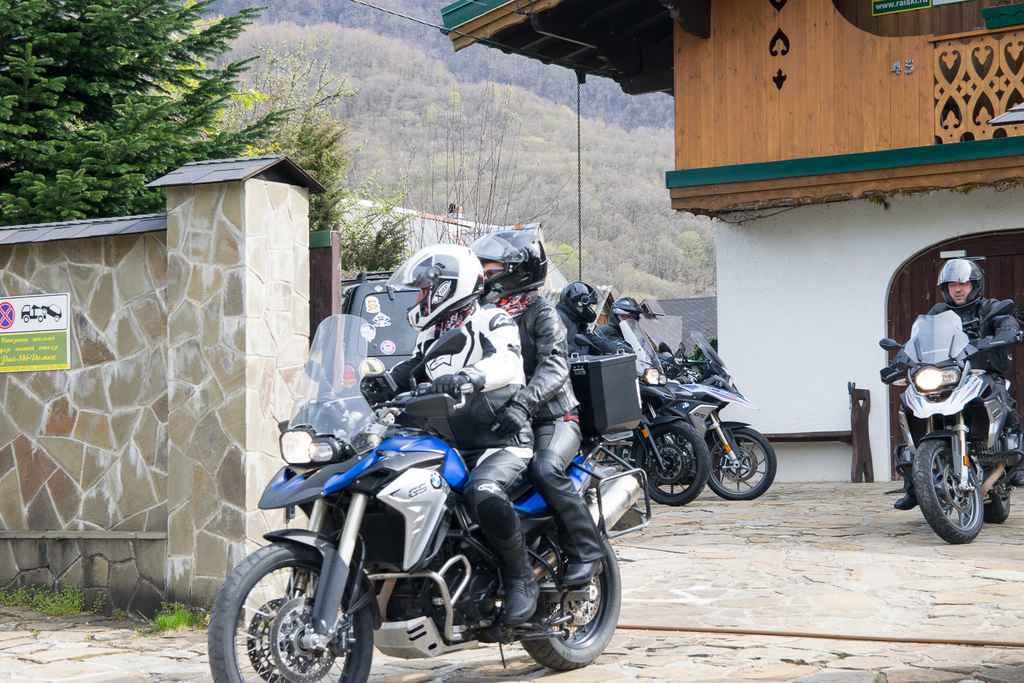 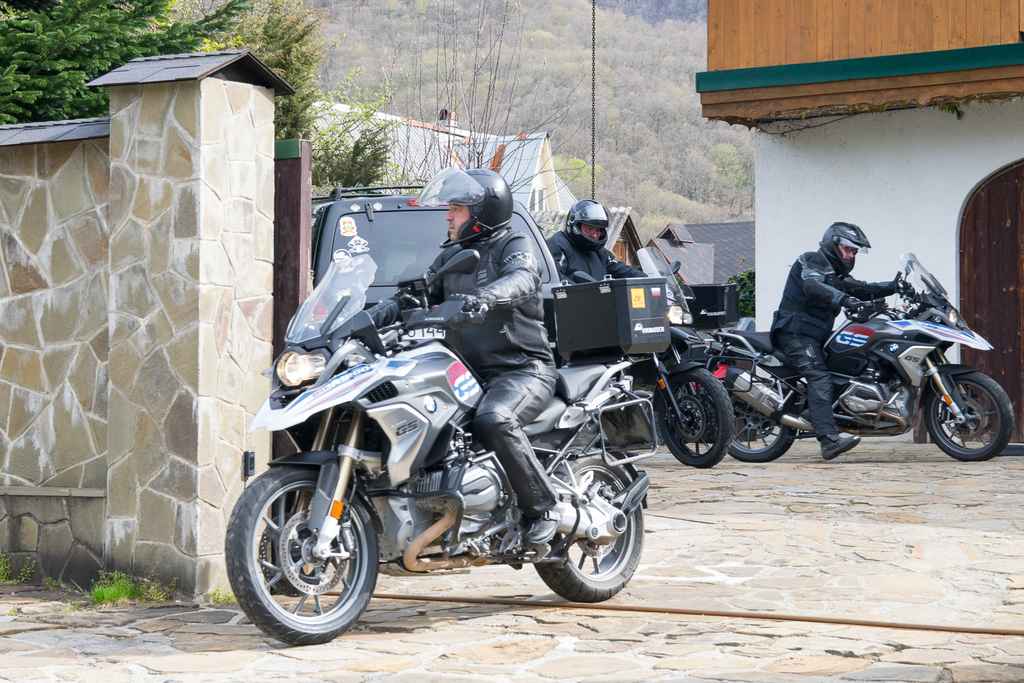 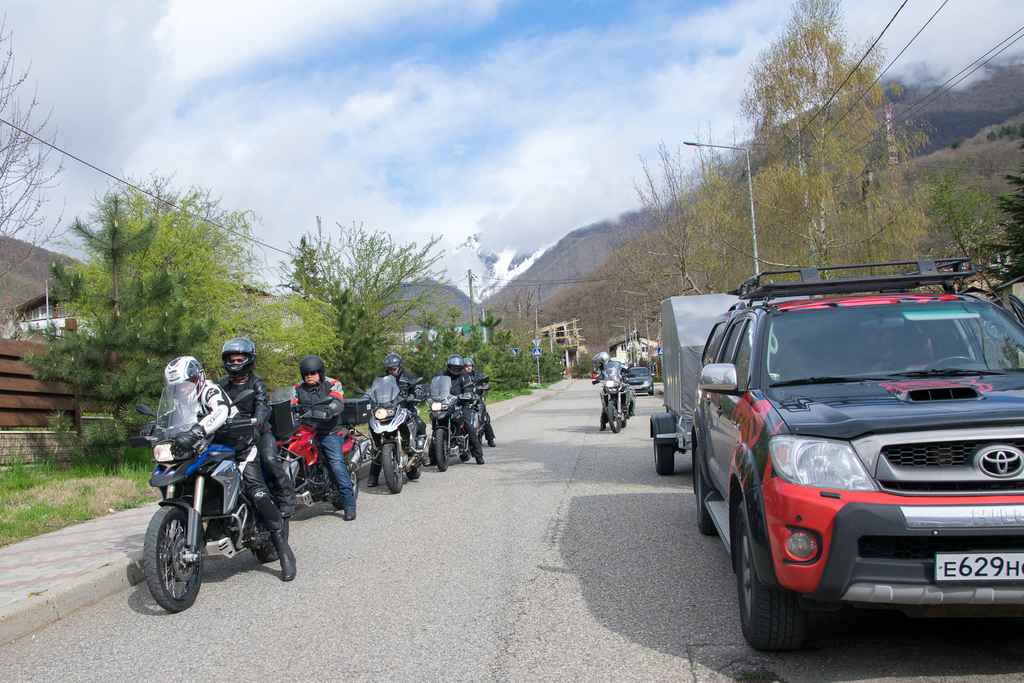 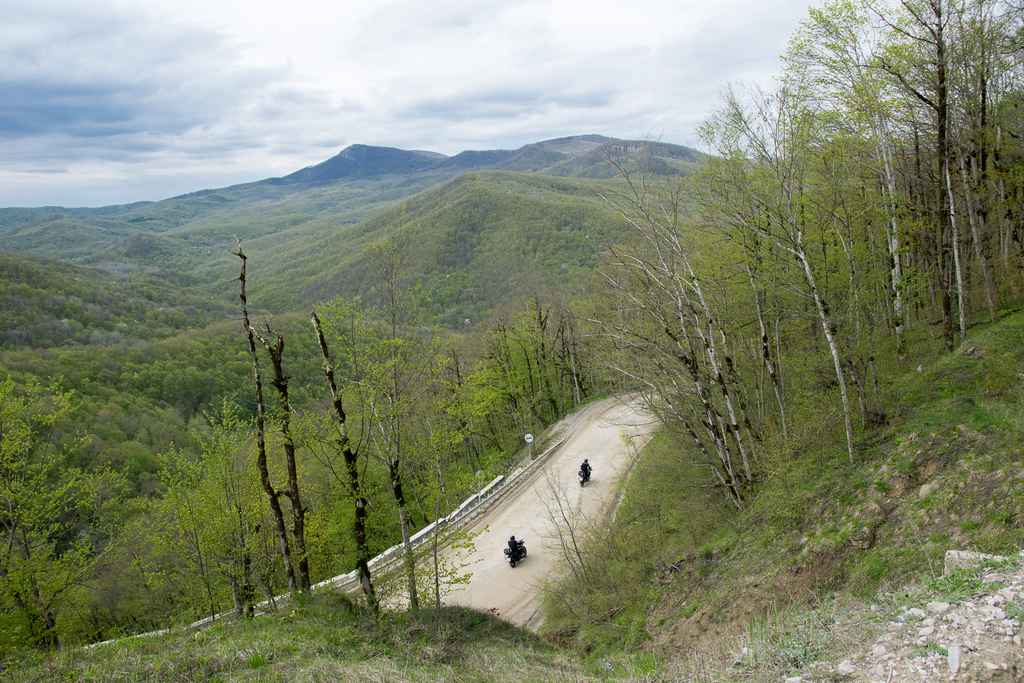 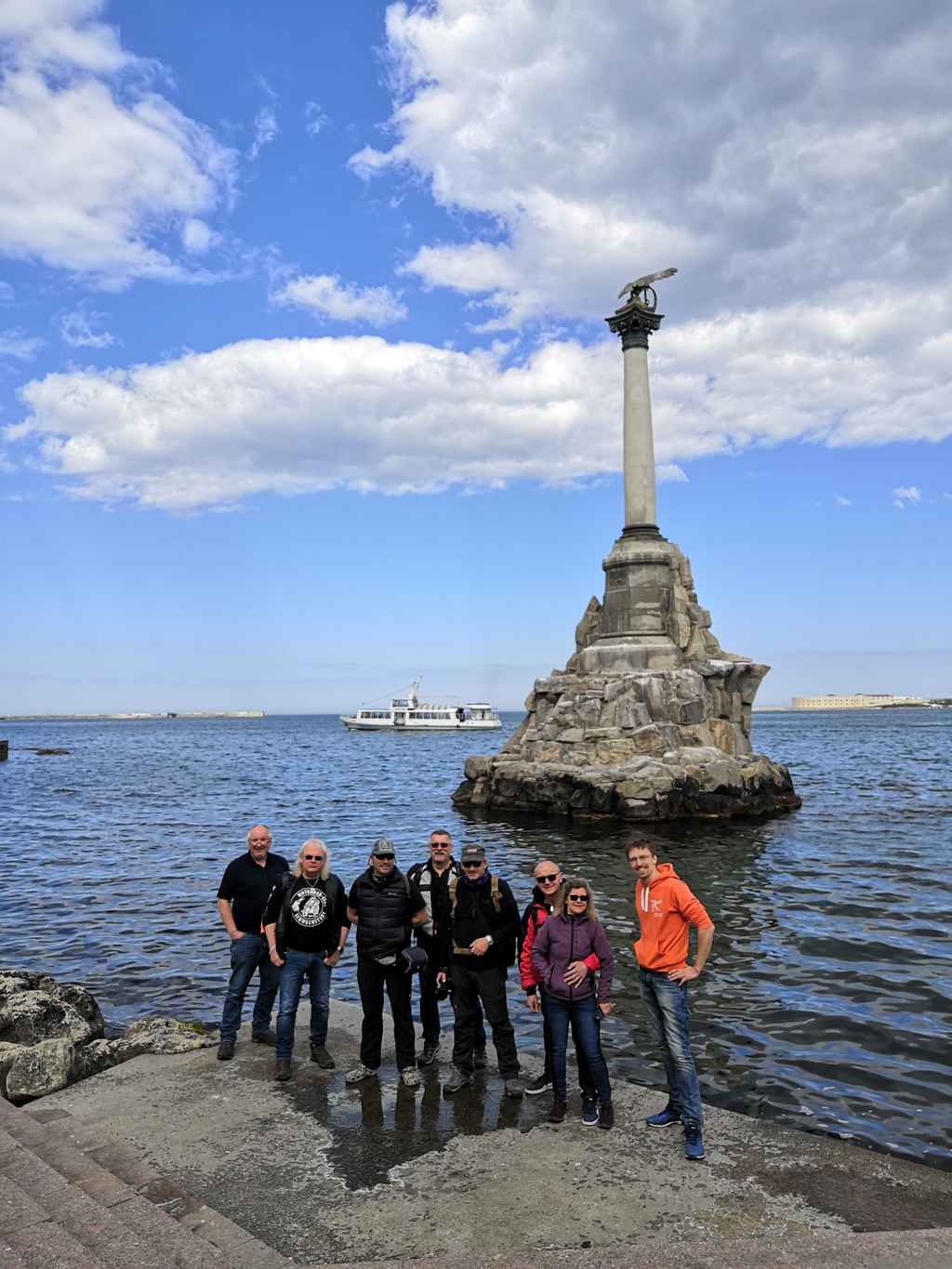 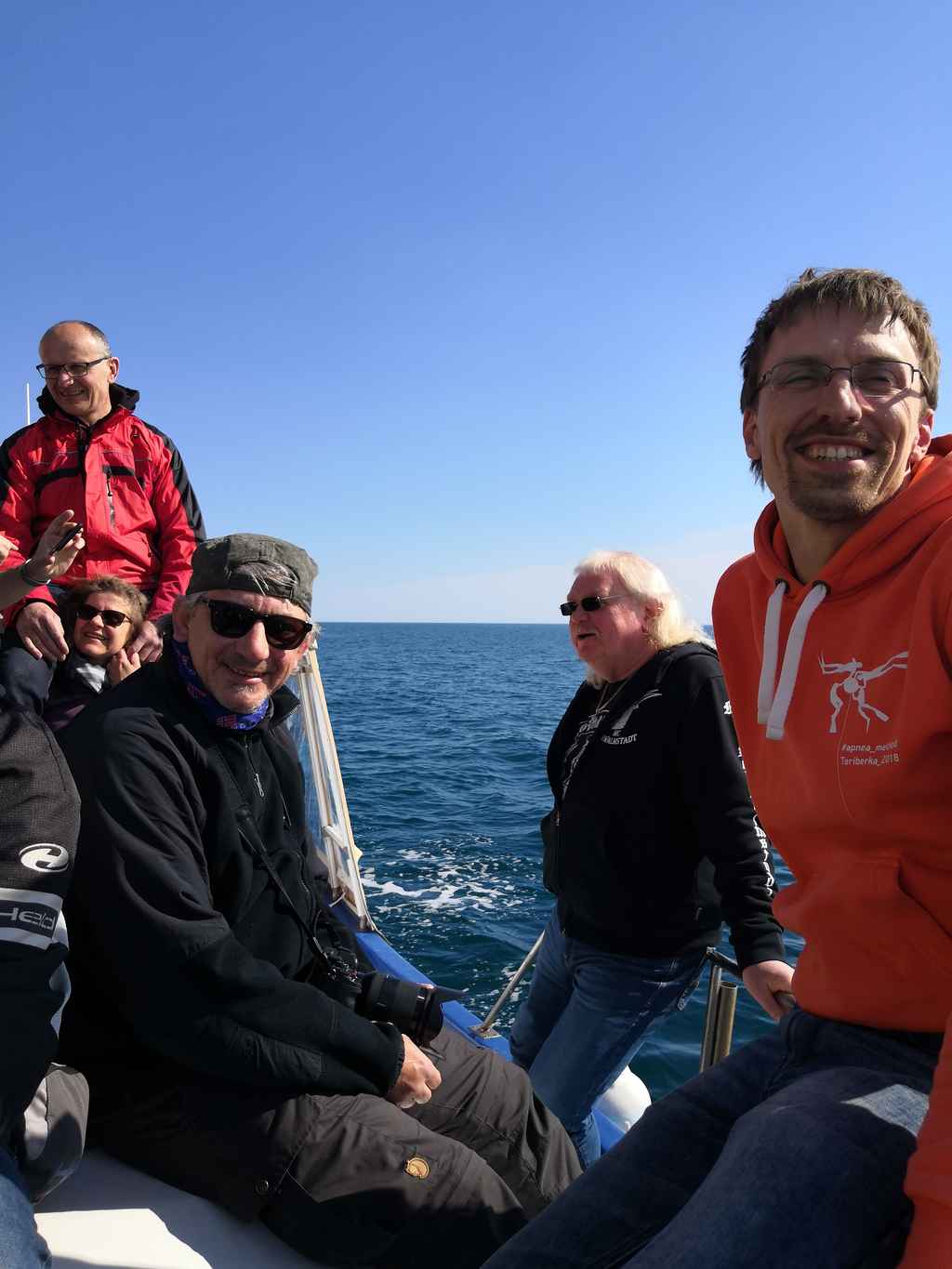 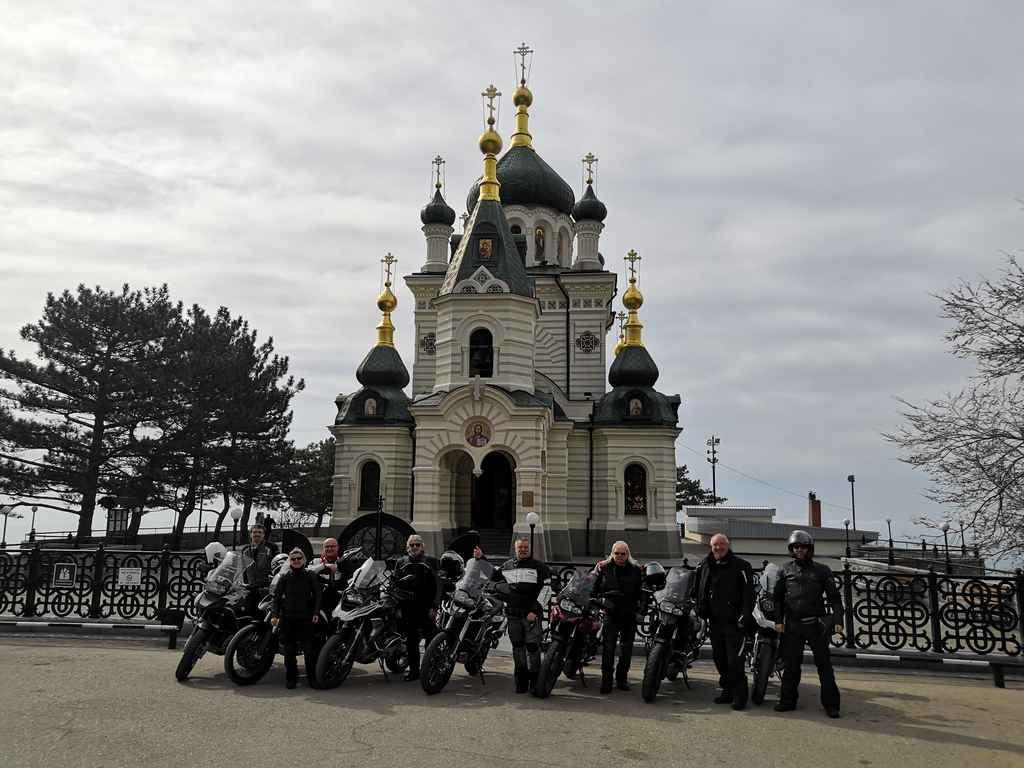 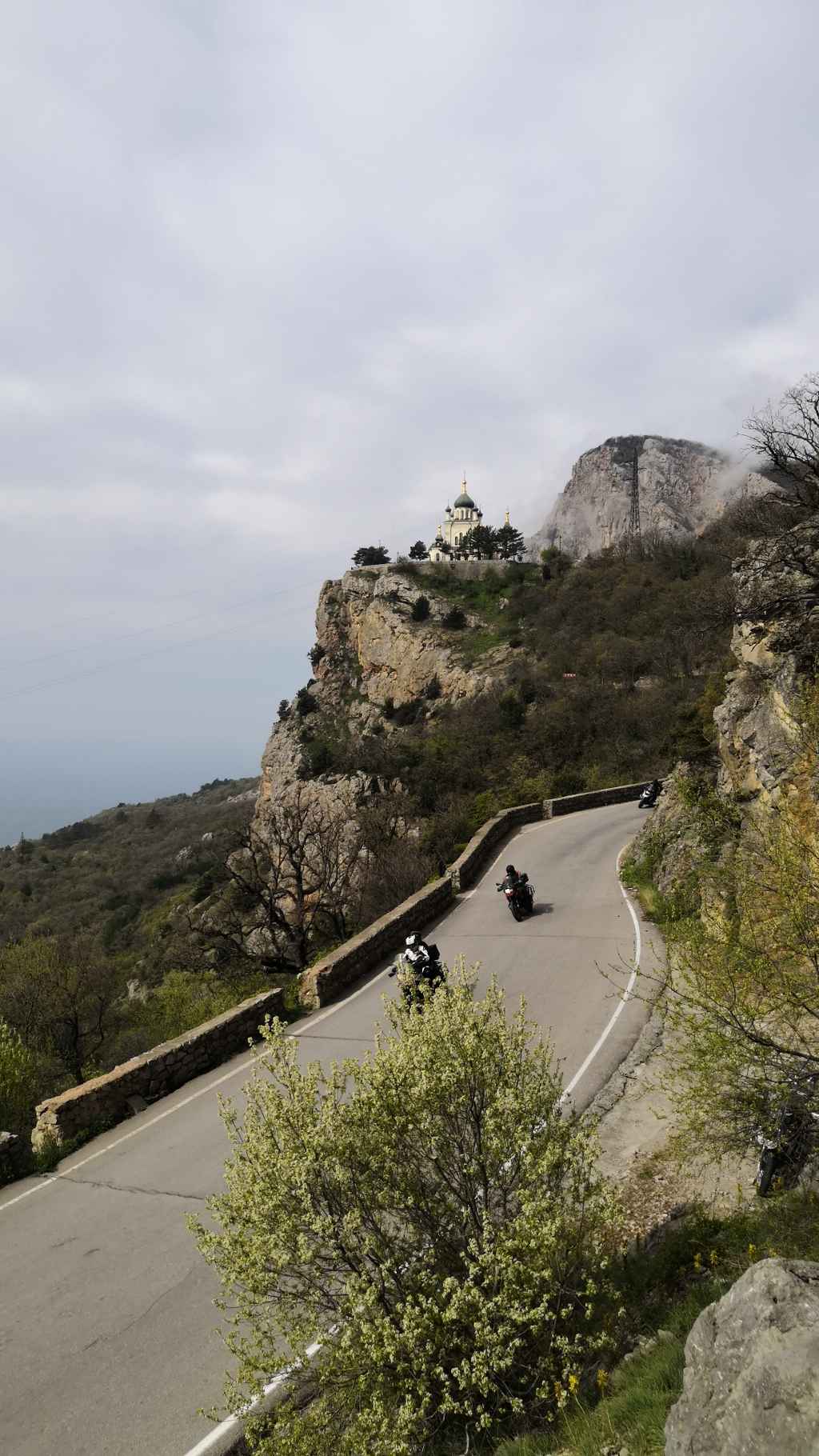 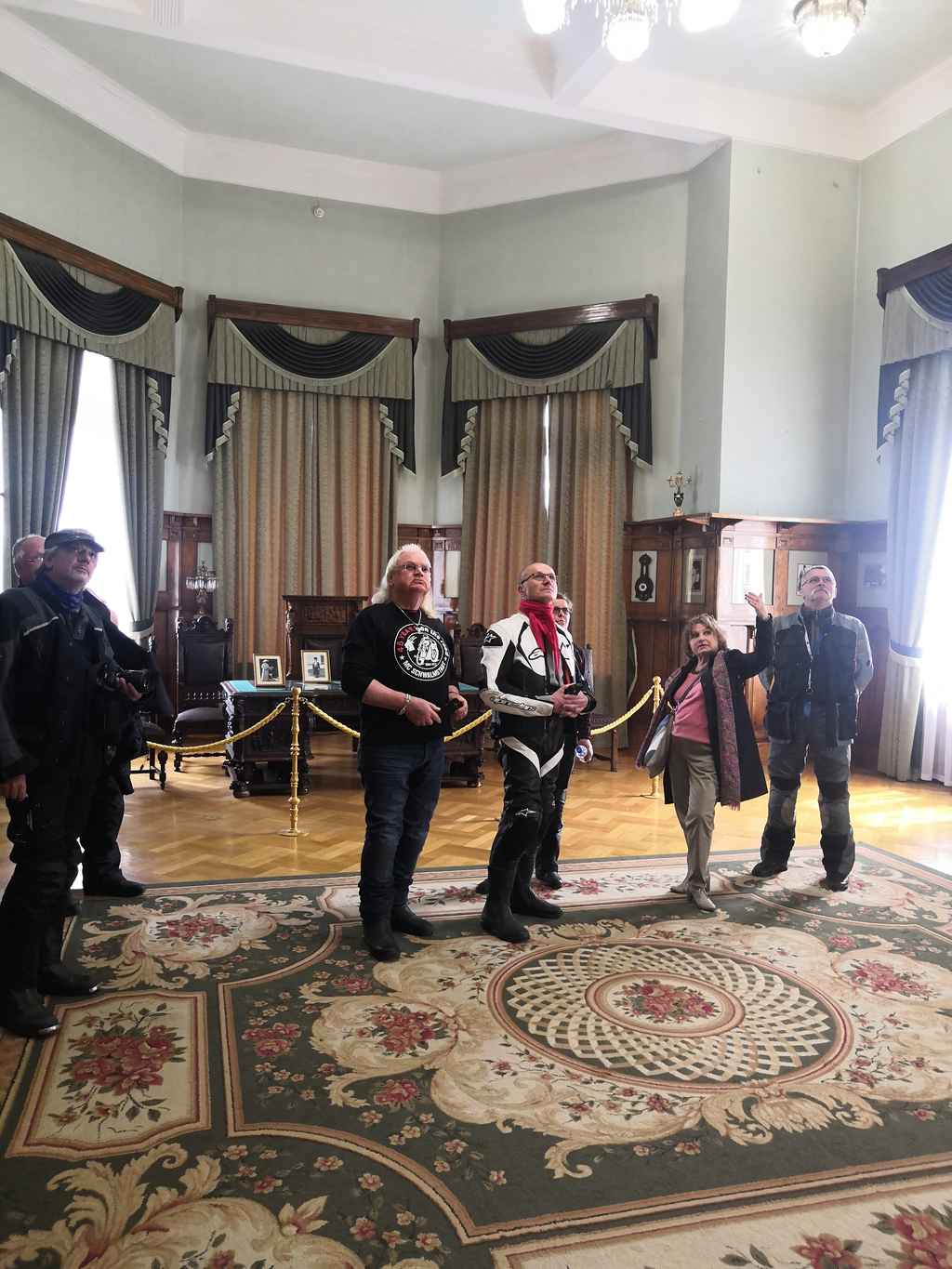 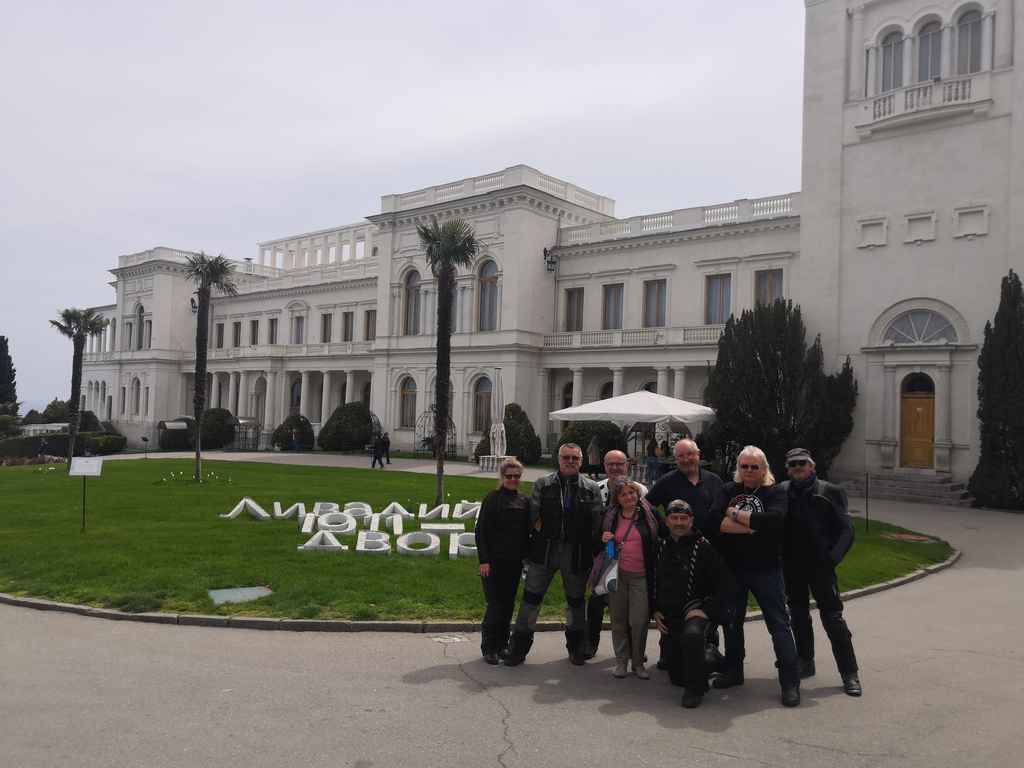 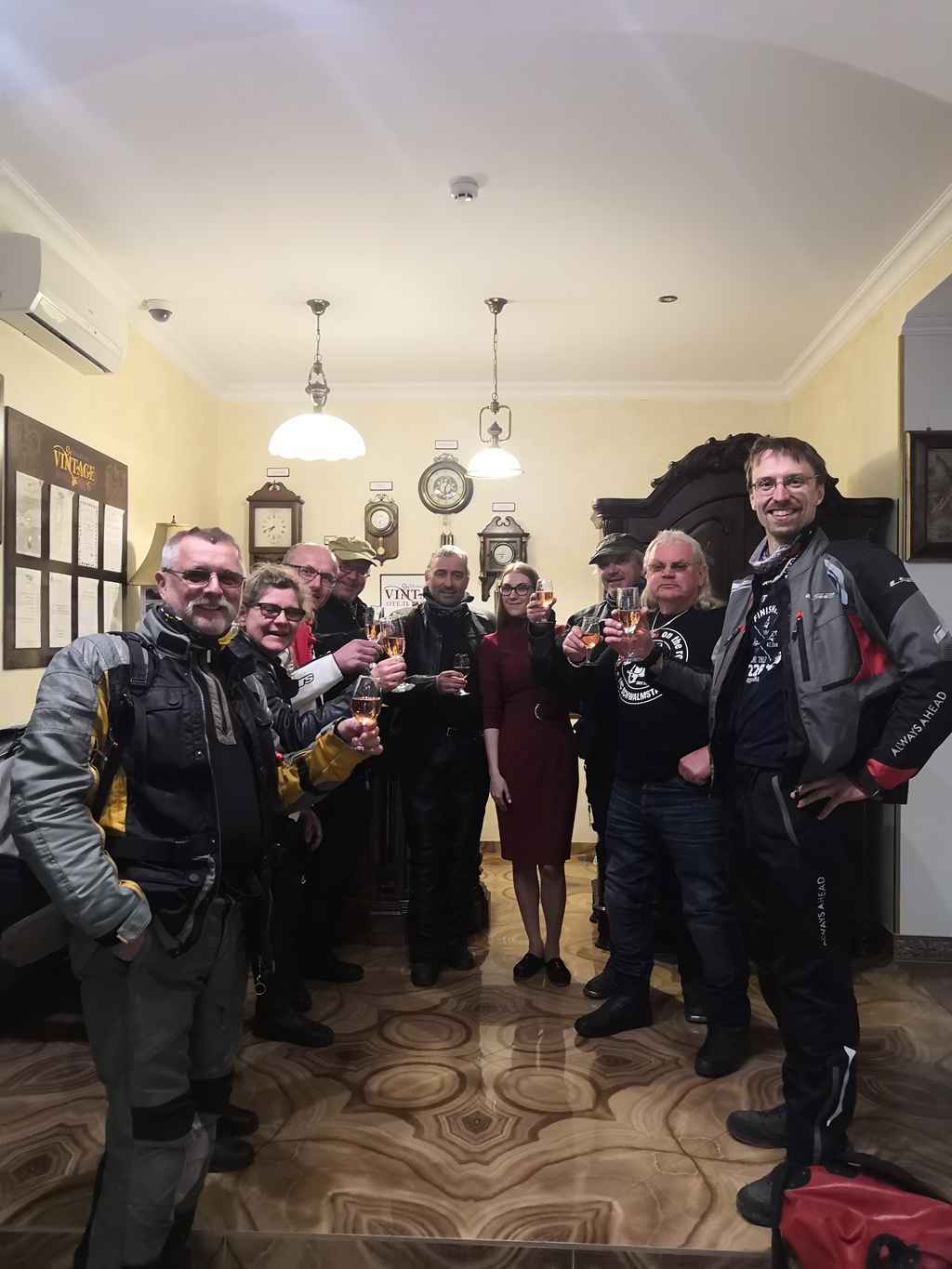 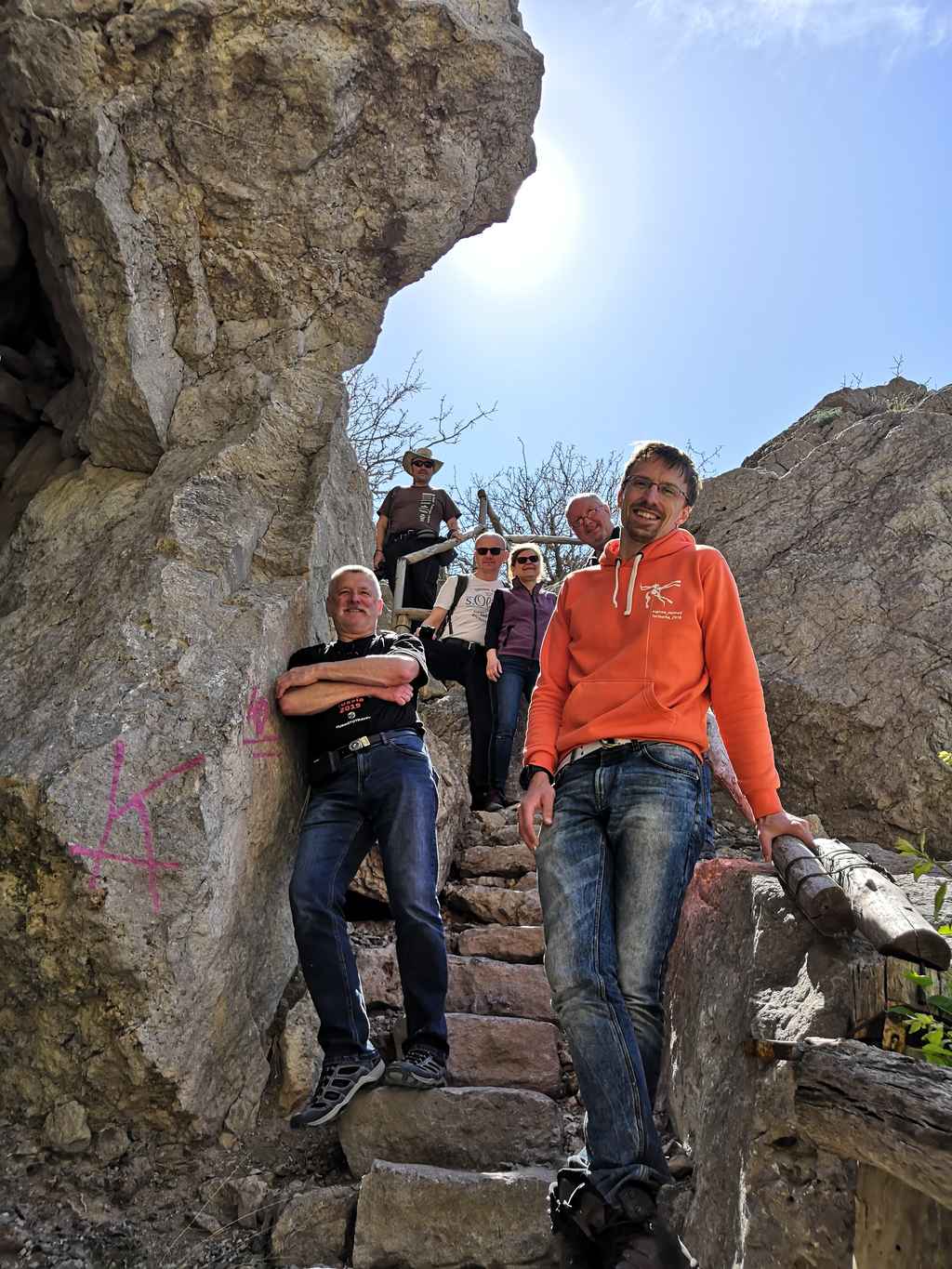 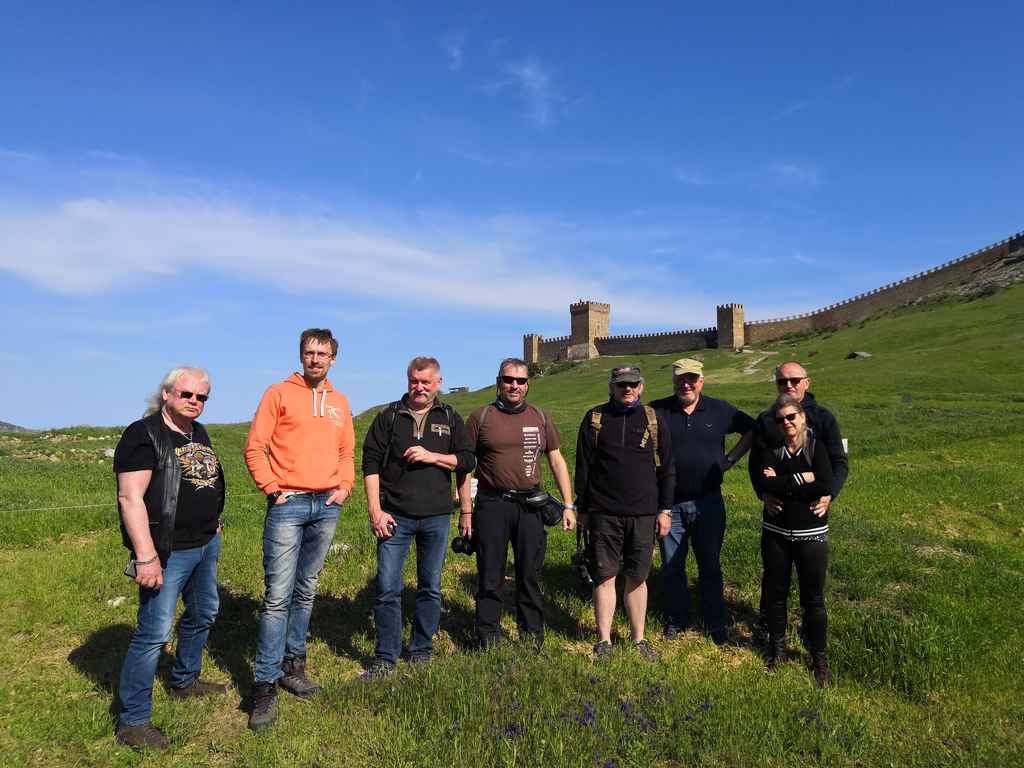 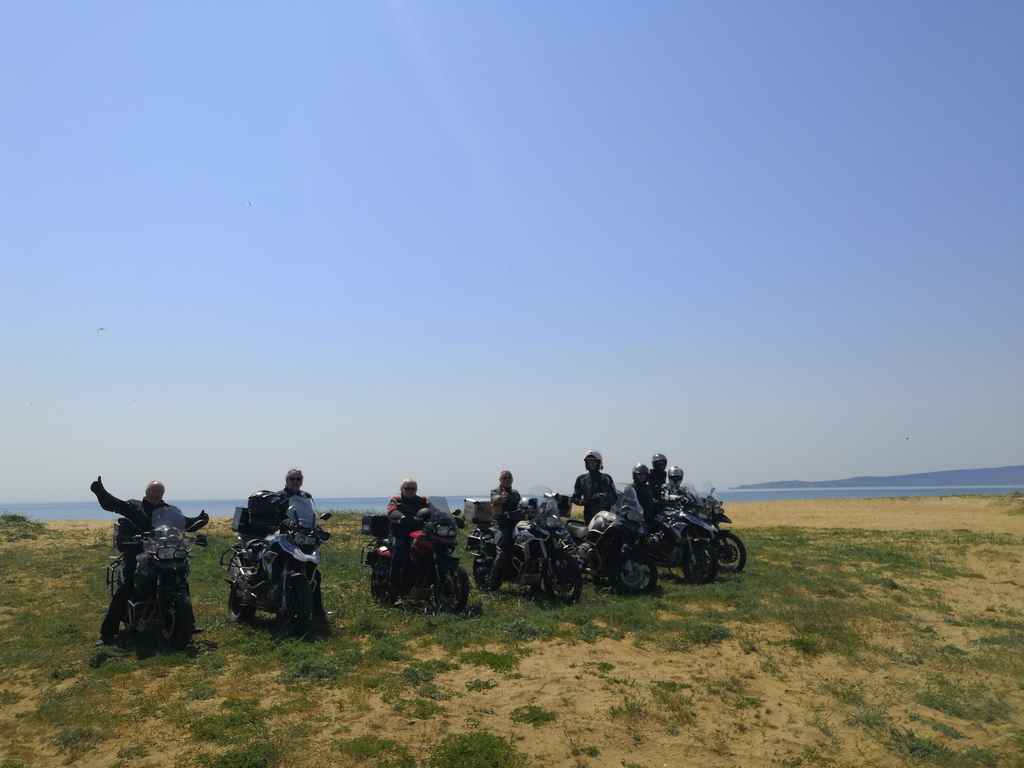 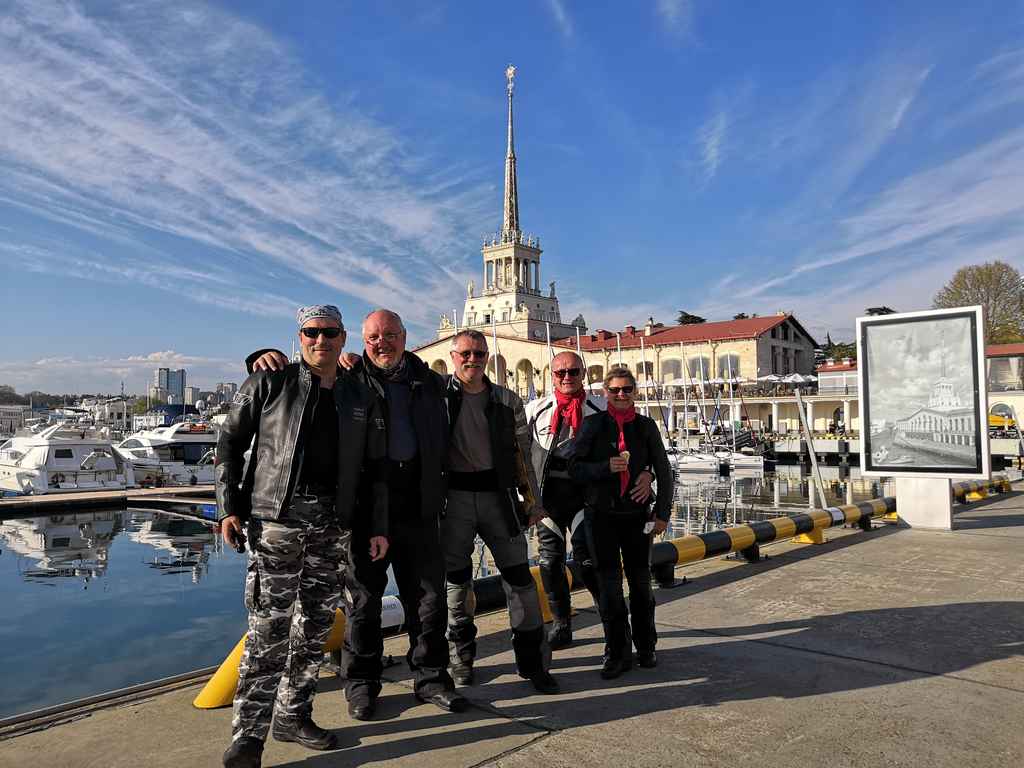 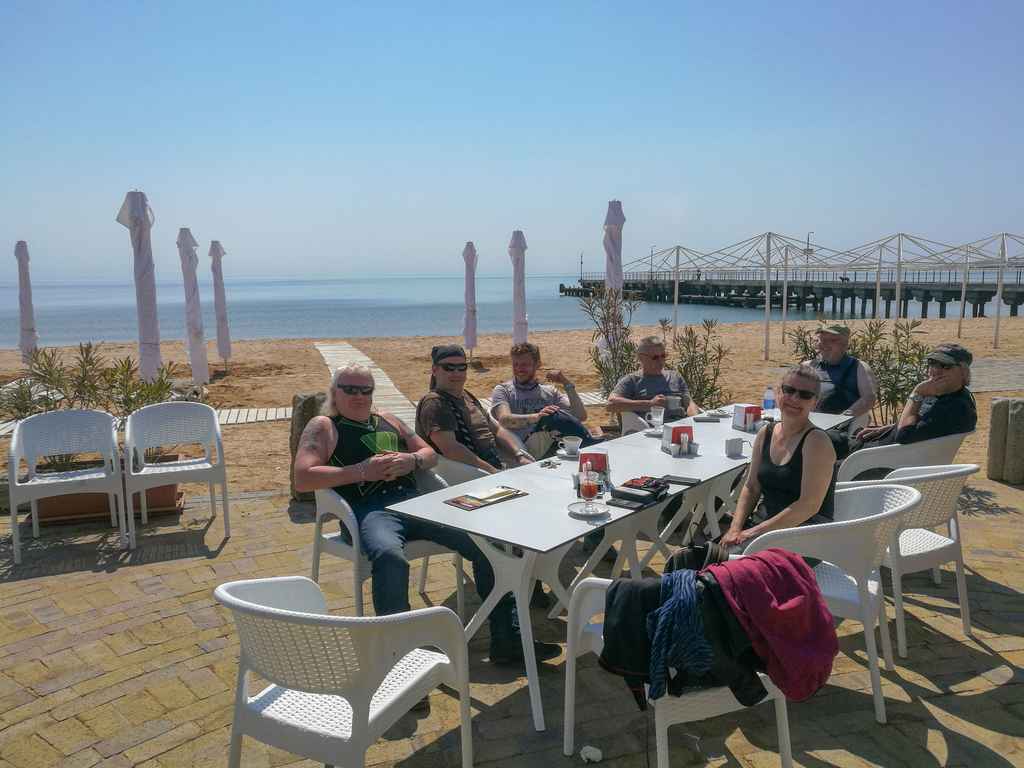 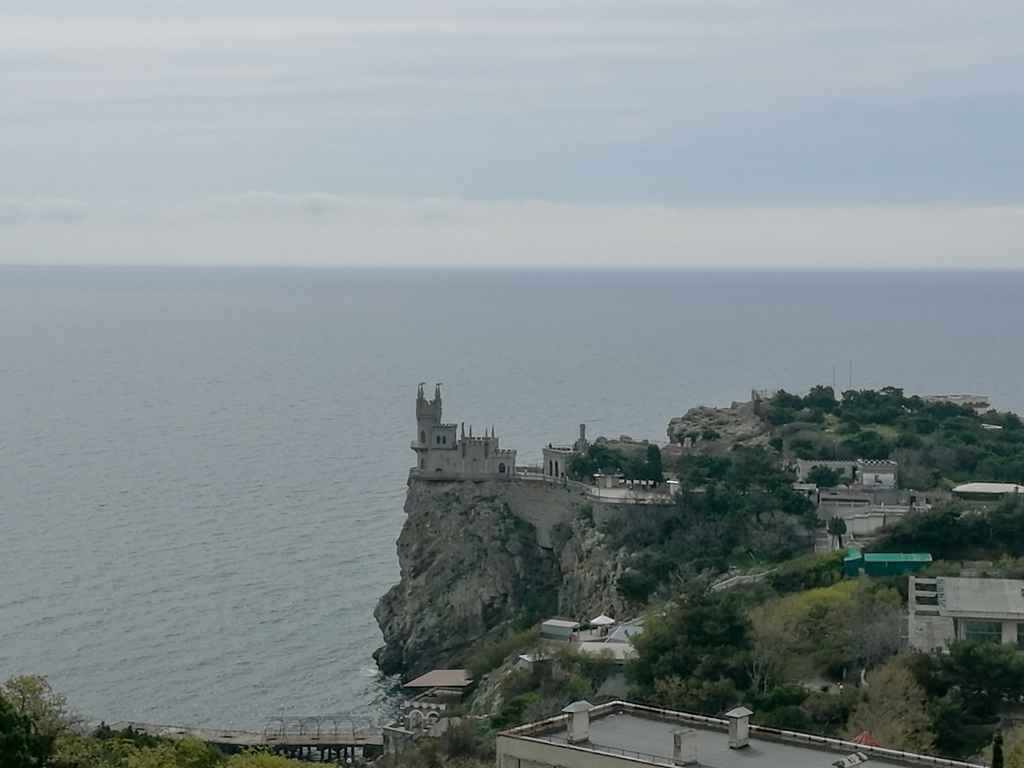 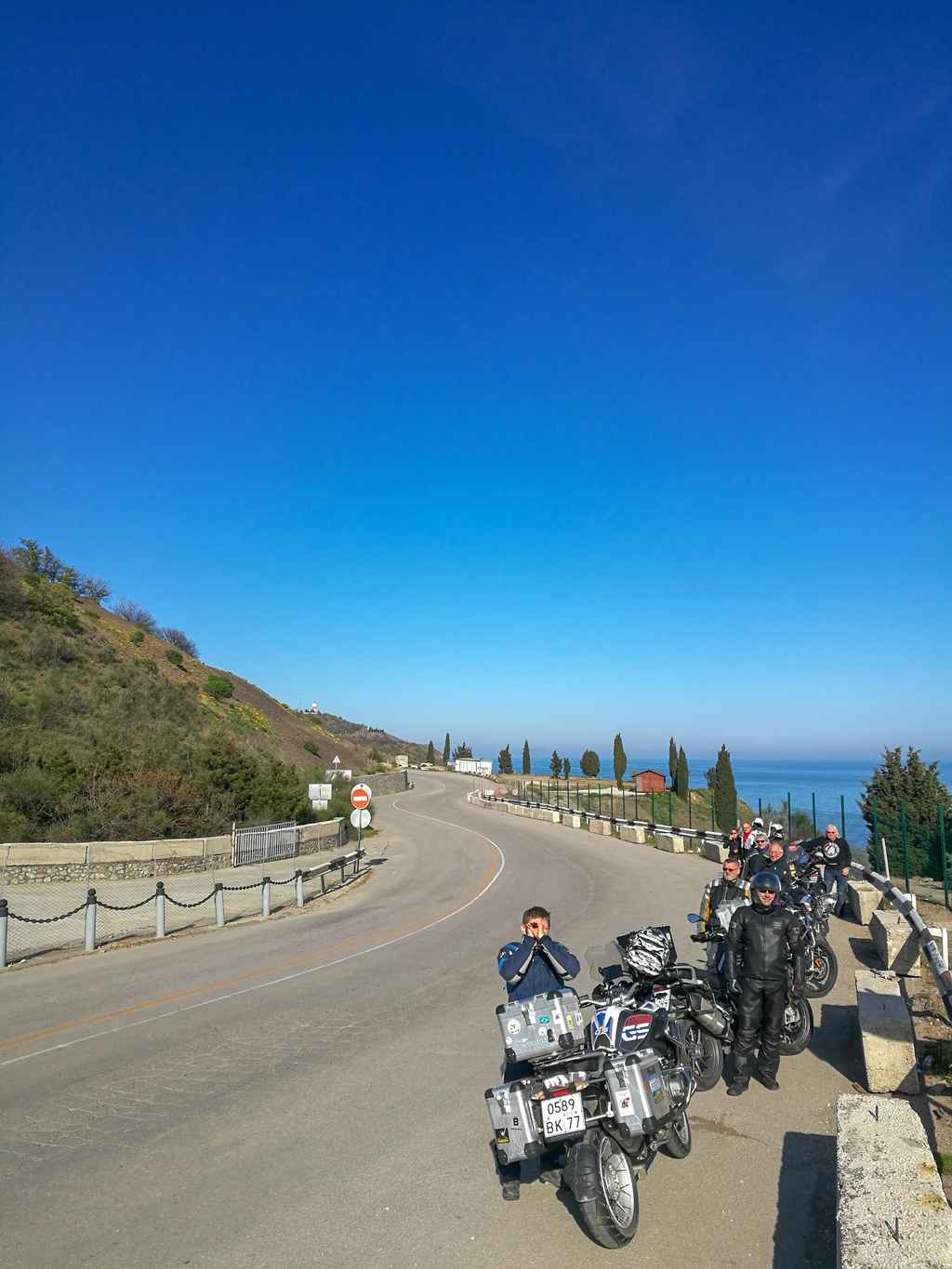 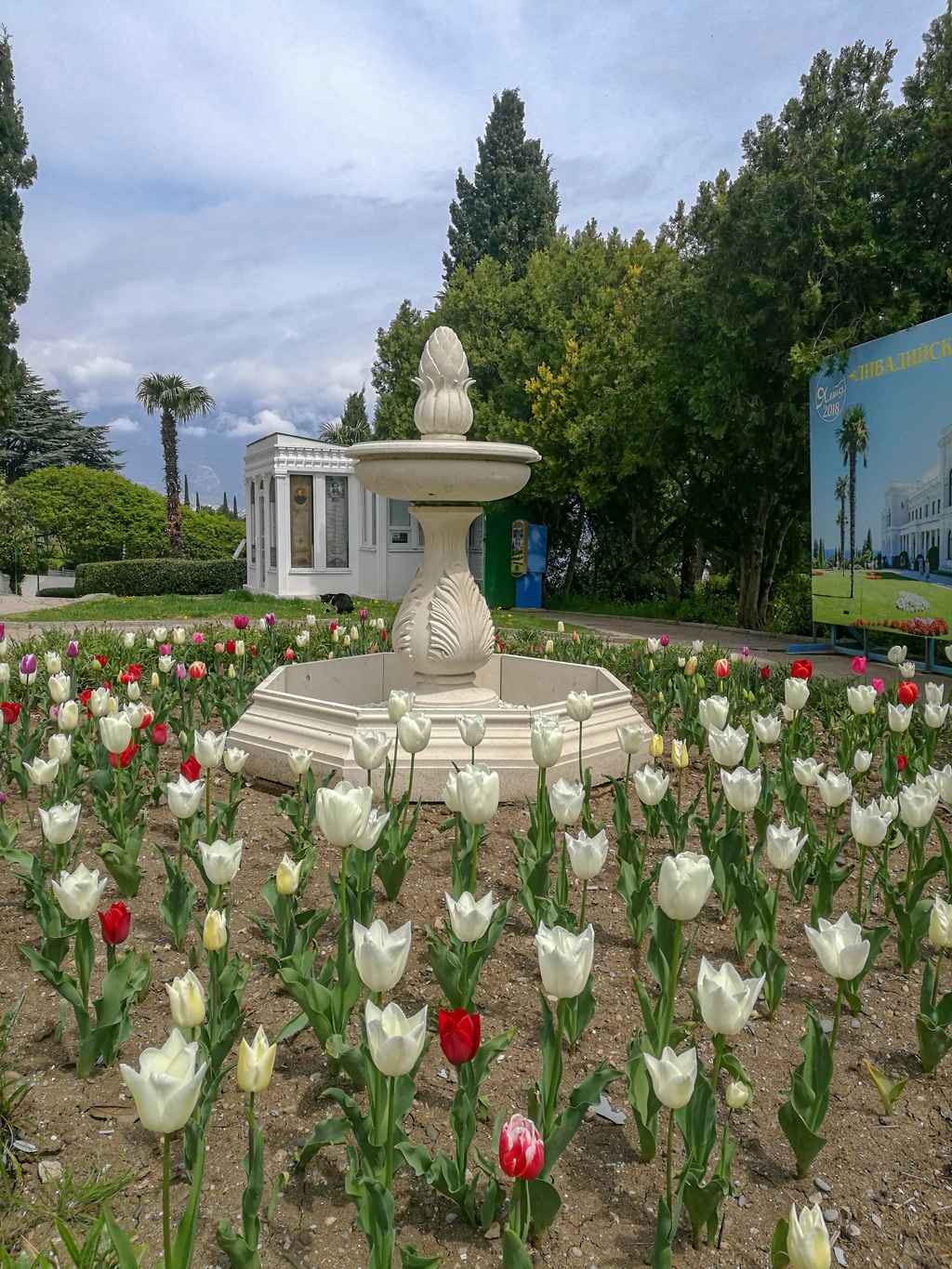 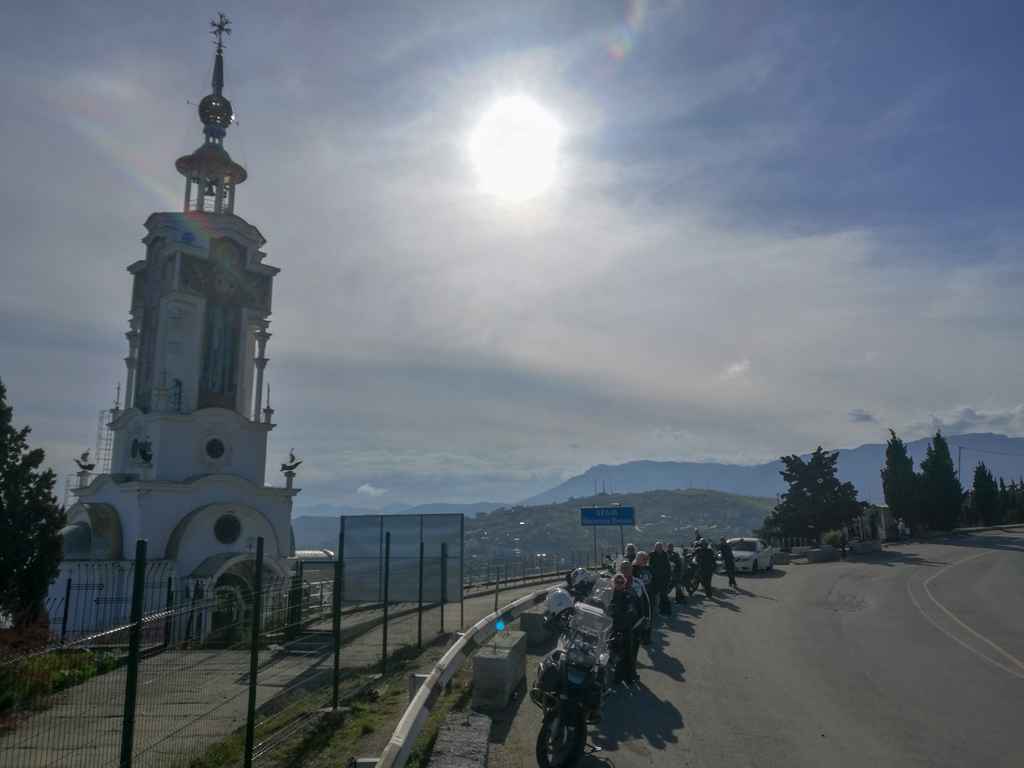 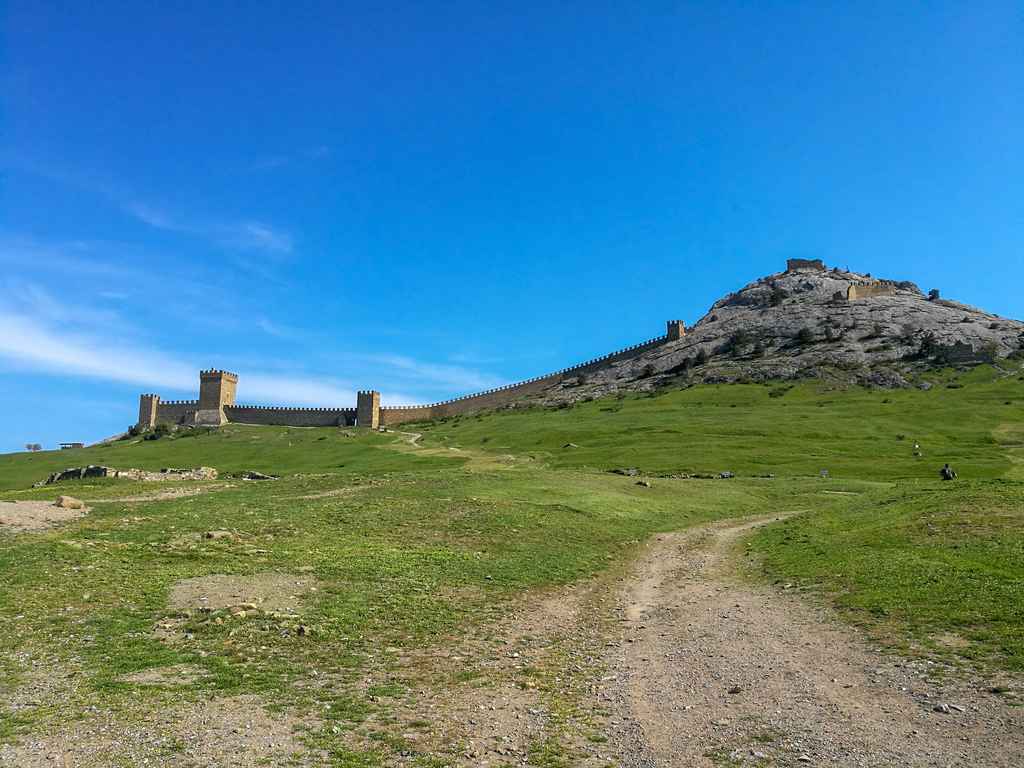 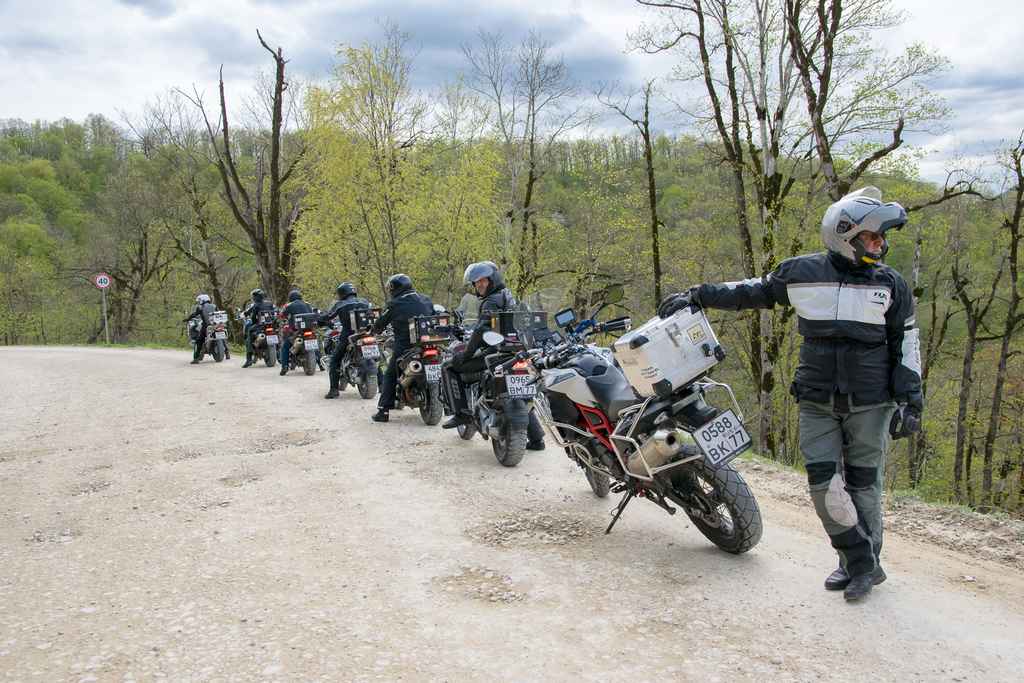