Kyrgyzstan is famous for two things, the Tien Shan, a mountain system in Central Asia. Also here is Issyk-Kul - the largest lake in Kyrgyzstan, one of the 30 largest lakes in the world in terms of area. We invite you on a short nine-day tour to Kyrgyzstan to see these amazingly beautiful places with your own eyes.

Kyrgyzstan is famous for two things, the Tien Shan, a mountain system in Central Asia. The first European explorer of the Tien Shan in 1856 was Pyotr Semenov, who received an honorary prefix to his surname for his work - “Semyonov-Tyan-Shansky”. In 2016, this place became a UNESCO World Heritage Site.

Also here is Issyk-Kul - the largest lake in Kyrgyzstan, one of the 30 largest lakes in the world in terms of area. The lake is located in the north-eastern part of Kyrgyzstan, between the ridges of the Northern Tien Shan, at an altitude of 1608 m above sea level.

We invite you on a short nine-day tour to Kyrgyzstan to see these amazingly beautiful places with your own eyes.

Route: where we will go 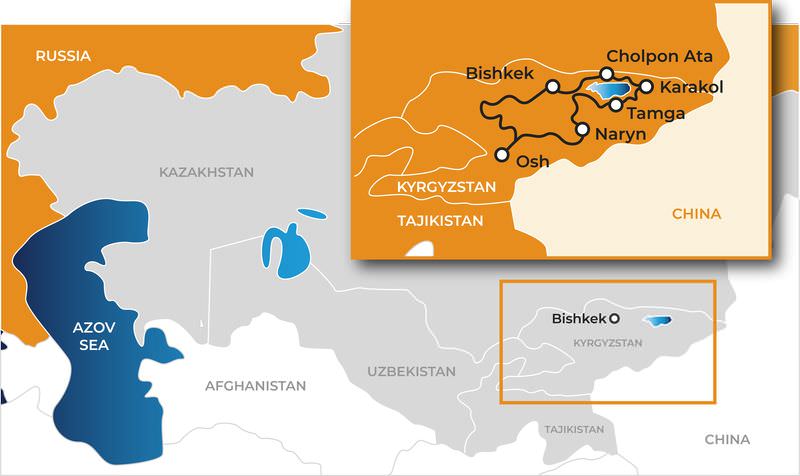 With local guide we explore the capital of Kyrgyzstan.

After breakfast, we leave for the ancient Buraninsky settlement, where we will visit the open museum of petroglyphs and the Burana tower itself. Then our way goes to the northern shore of Lake Issyk-Kul

Most of the tourist infrastructure is located here. The largest city of Cholpon is Ata, with many beaches and hotels around it. Arrival at the hotel, dinner at the hotel restaurant

We continue our way around Issyk Kul Lake. The day will be full of various activities. In the morning we will stop at hot springs 30 km from Cholpon Ata, where you will be able to swim in the thermal pools

Then we will go to the easternmost part of the lake, where we will visit the Przhevalsky monument and museum. After lunch in Karakol town (which was called Przhevalsk before) we drive to the Jety-Oguz gorge. It is covered with lush vegetation and received such an unusual name from the monumental ridge of red rocks "Seven Bulls". These rocks are so magnificent that they are depicted on Soviet postage stamps issued in 1968

Then we can go directly to the hotel, located on the southern shore of the lake near the village of Tamga. If there is enough time and desire, we will go to see another gorge of the river Barskon, above which is located the largest in Kyrgyzstan and the third in the world Kumtor gold mine

A little aside, in the neighboring gorge of the river Tamga there is another sight of these places - the Tamga-Tash stone. This is a giant boulder, cut as if by a sword into two parts. Ancient Buddhist inscriptions encircle it around. There is a hypothesis that Tamga-Tash was a kind of exit point of the ancient silk road to Issyk-Kul, a wonderful lake view opens from it. We check in to the hotel, have dinner at the hotel restaurant

We leave Issyk-Kul and go to the mountains, to the south of Kyrgyzstan, to the highest region of the country with the center in the city of Naryn. On our way there will be a large artificial pond Orto Tokoy. This reservoir is filled with the waters of the Chu River and serves to irrigate the land. You can often meet camels near it

For lunch, we will stop in the village of Kochkor, from where many tourist routes around the country begin. From here to Naryn, the asphalt is much better, it is part of the new silk road recently built by the Chinese. We arrive in Naryn, check in to the hotel, have dinner at the hotel restaurant, early bedtime

One of the most difficult and interesting day of the trip is waiting for us. We need to cross the mountains and move to the western part of the country. We stop for night in cozy local guesthouse.

Today we have very picturesque road with serpentines, several gravel sections. From the top of the pass there is an excellent view of the serpentine. On our way we can meet camels.

This will be followed by another winding ascent to the Kaldamo pass (3000m) and no less epic descent to the Kugart River. The Kugart valley can be attributed to the Fergana, there is a completely different climate, much warmer. The last 100 km from Jalal Abad to Osh, we will drive along the edge of the Ferghana Valley.

We will stop for the rest in one of the oldest cities in Central Asia. After breakfast we will have free time, because we need to tidy up the equipment and ammunition after the hard previous day.

The main attraction of Osh is Osh itself, a city that is 3000 years old. Suleiman Mountain is within walking distance from the hotel, from where you can see the surroundings. For lunch, you should try the famous Osh pilaf made from the famous Uzgen rice. You need to come early, in the evening pilaf is not cooked and not eaten

The legendary M41. Today we will go through it. To the village of Tash-Kumyr we will drive along the edge of the Ferghana Valley, after which we will turn north into the mountains. Almost the entire route will pass along the Naryn River. We will pass two hydroelectric power stations, Tashkumirskaya and Kurpsaiskaya, HPP capacity 800 MW, height 113 m, length 364 m

In front of the village of Karakul is the Toktogul hydroelectric power station, the most powerful of the entire cascade, Power - 1200 MW, 3x400, height 215m, length 292m, 1962 - 1975. After another 40 km, we will drive up to the Toktogul reservoir itself and go around it from left to right. After that, we will stop for the night at the Oson country hotel. Arrival at the hotel, dinner at the hotel restaurant

This part of the road runs 3/4 through the Tien Shan mountains. Immediately after the start, we will start climbing and after 65 km we will find ourselves at the Alabel pass 3175 m. Then the descent to the Suusamyr valley will take about the same time

And again, we climb along a steep serpentine to a height of 3100 m, where we will drive up to a narrow five-kilometer tunnel through the Too Ashuu pass. After the descent and passing the payment post, we will still have about 50 km to Bishkek. Arrival at the hotel, dinner at the city restaurant 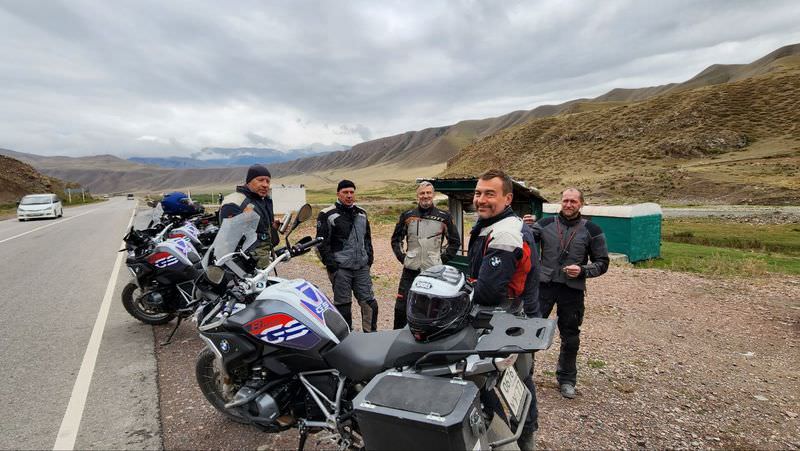 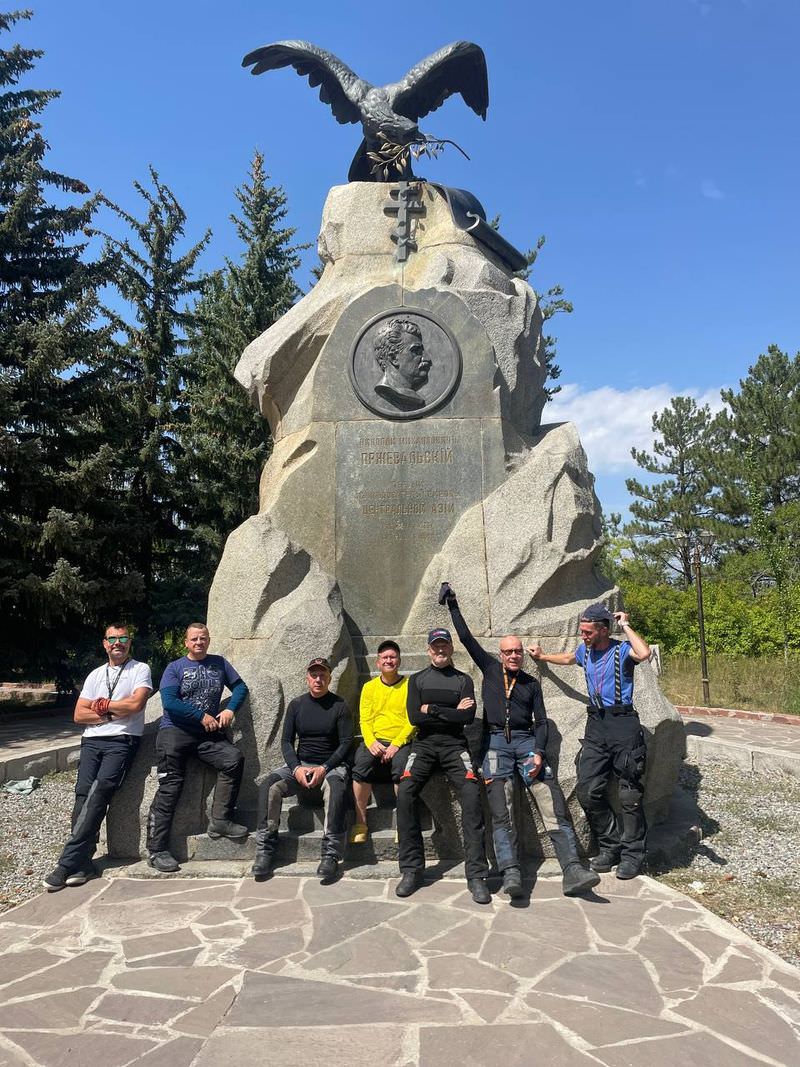 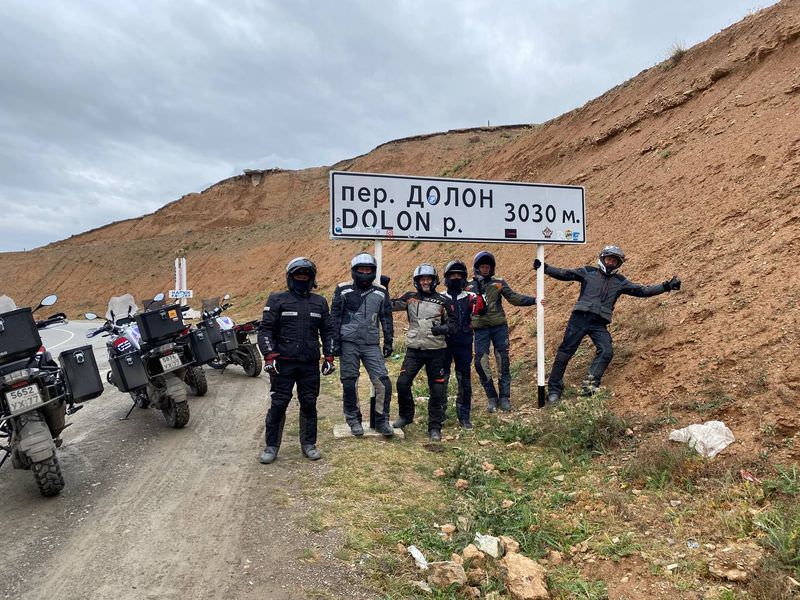 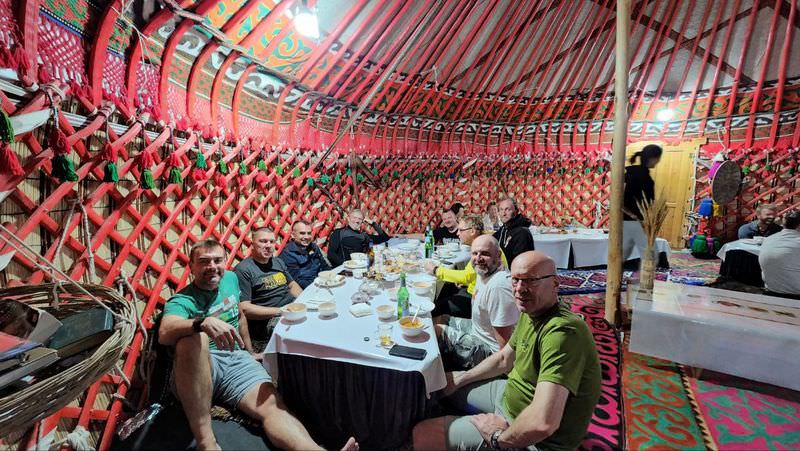 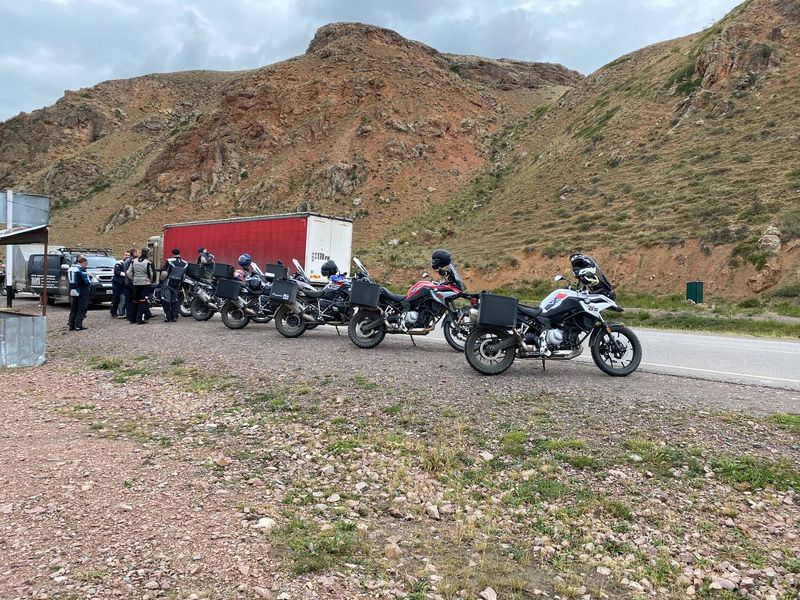 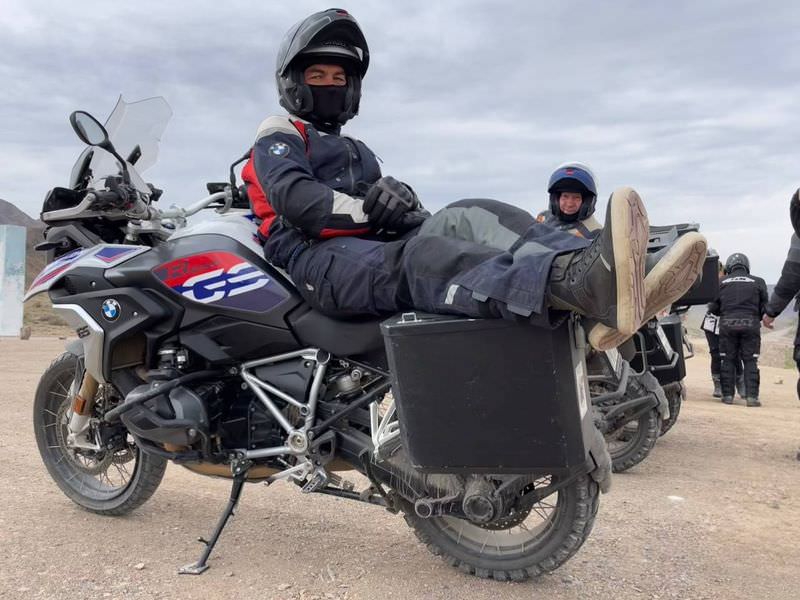 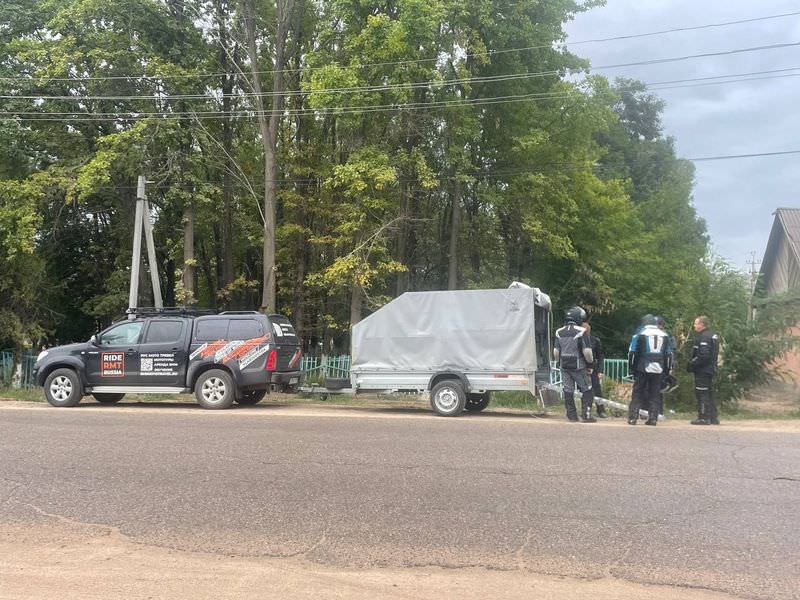 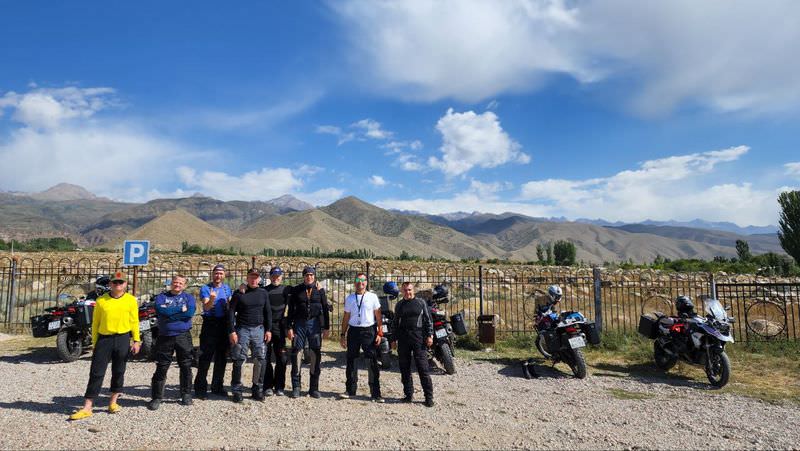 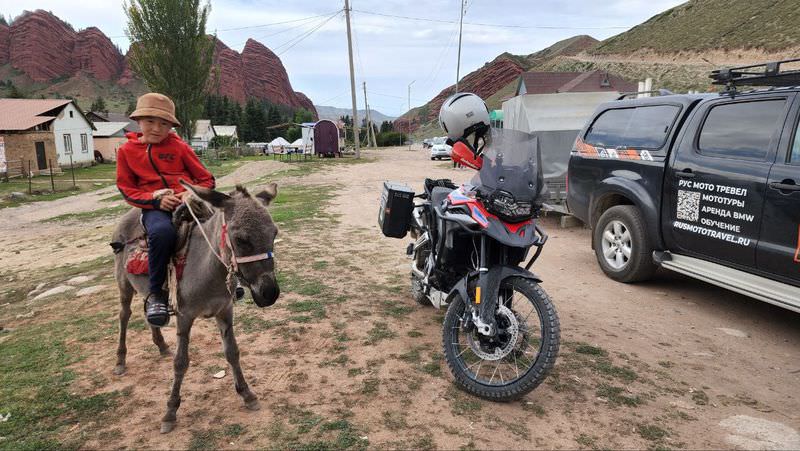 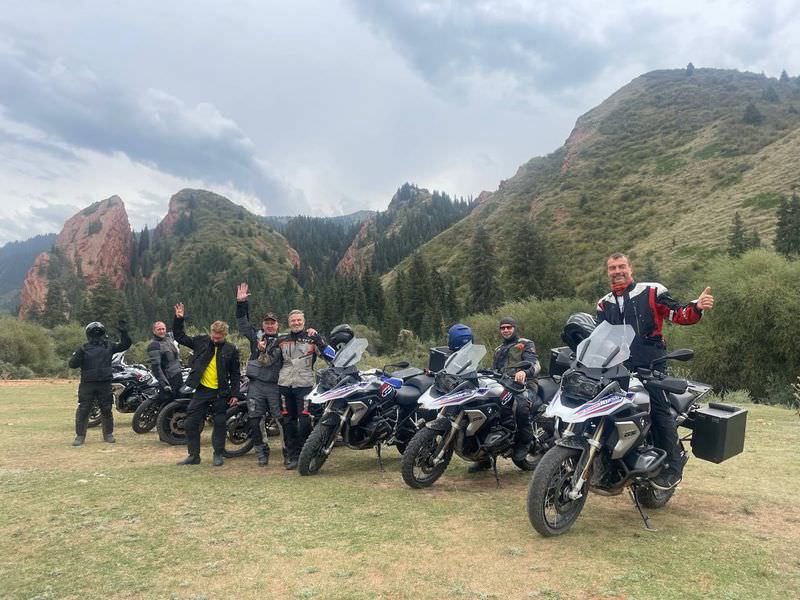 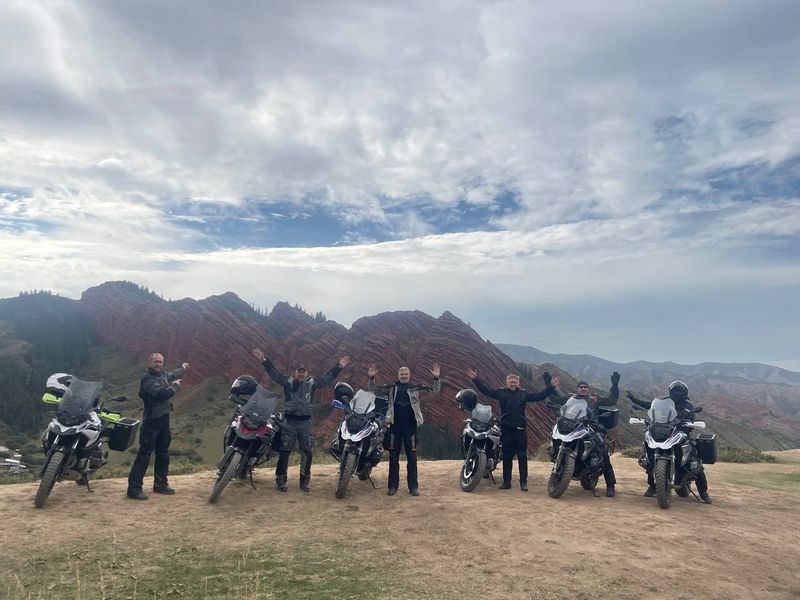 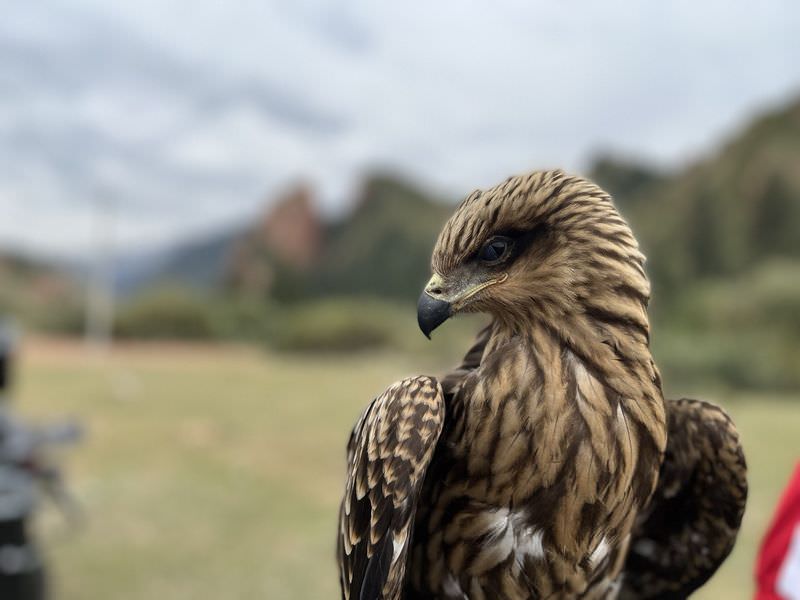 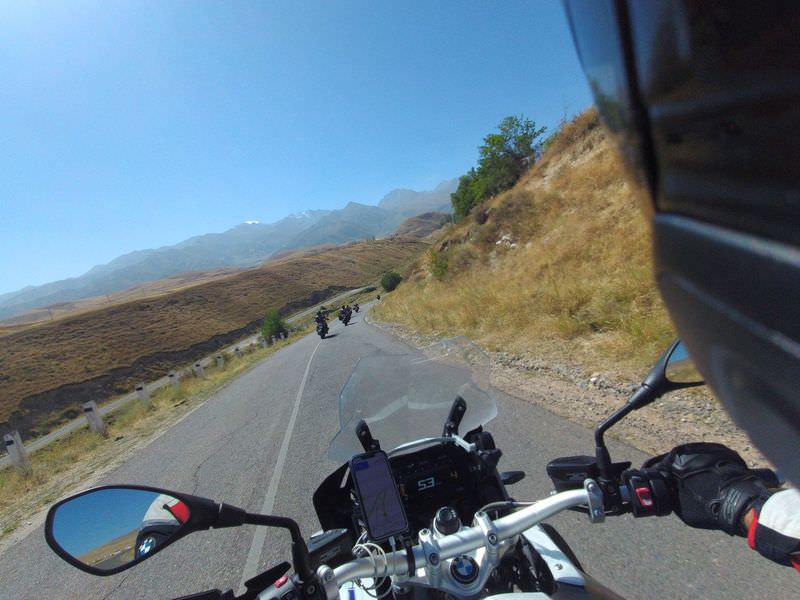 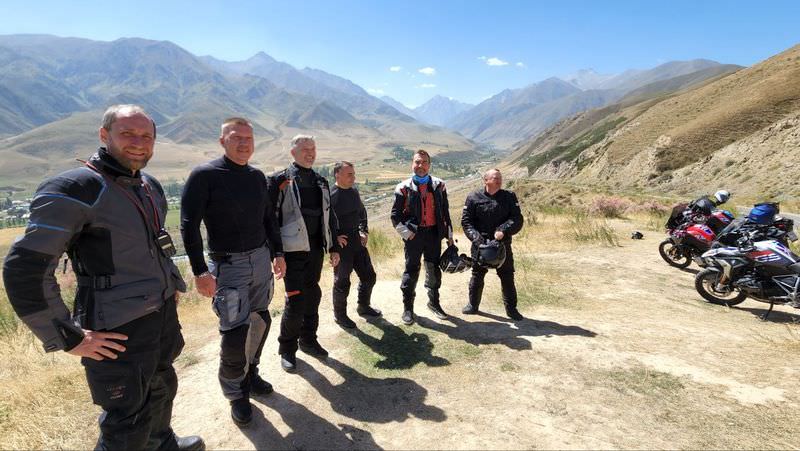 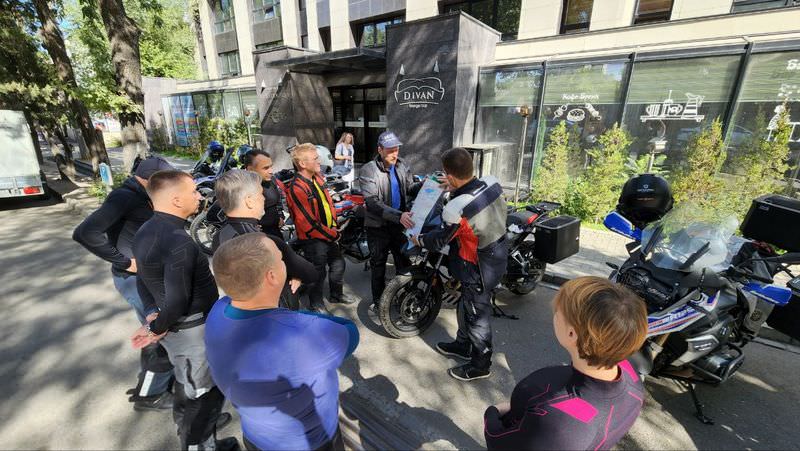 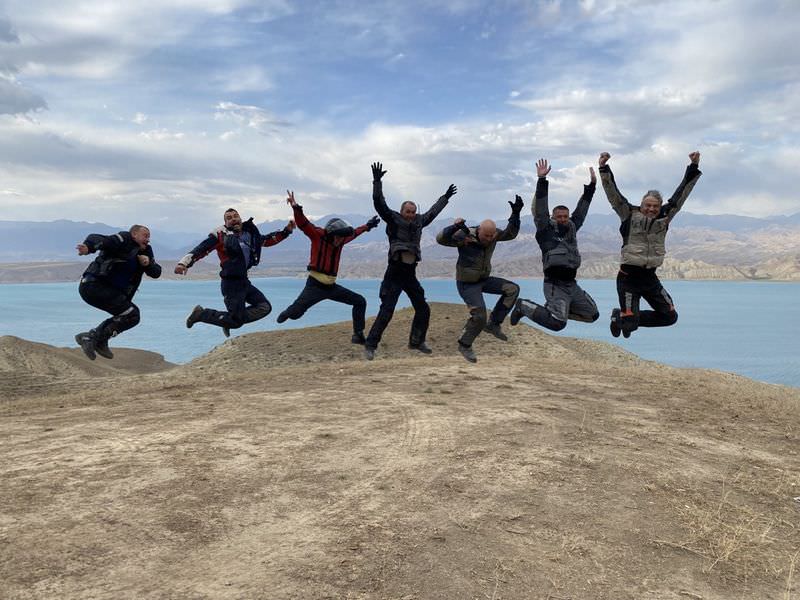 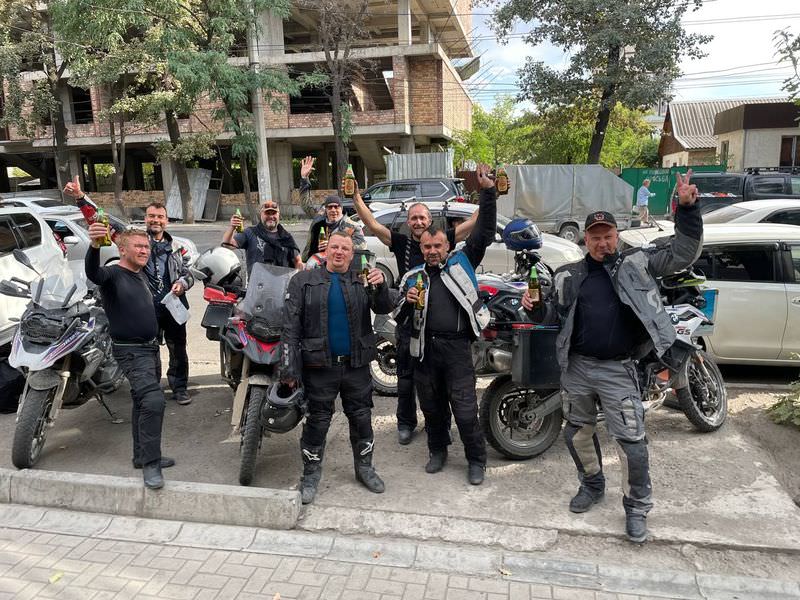 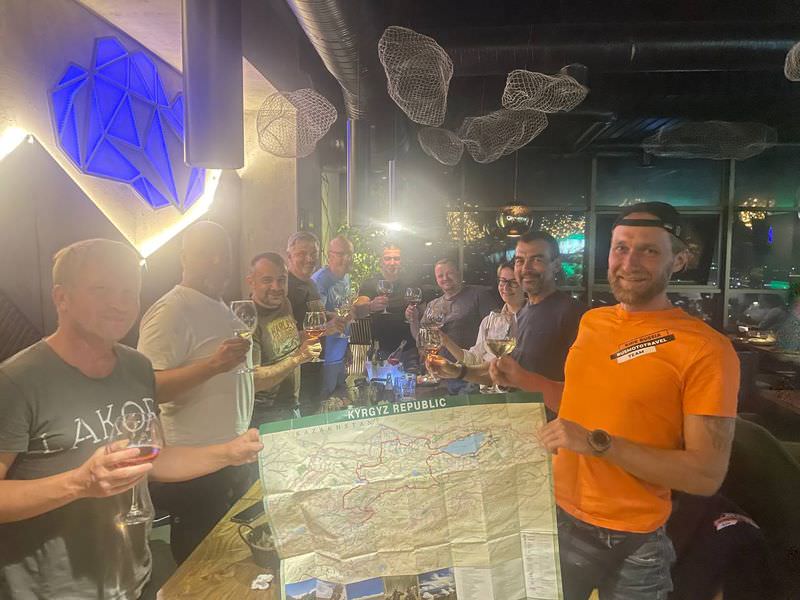 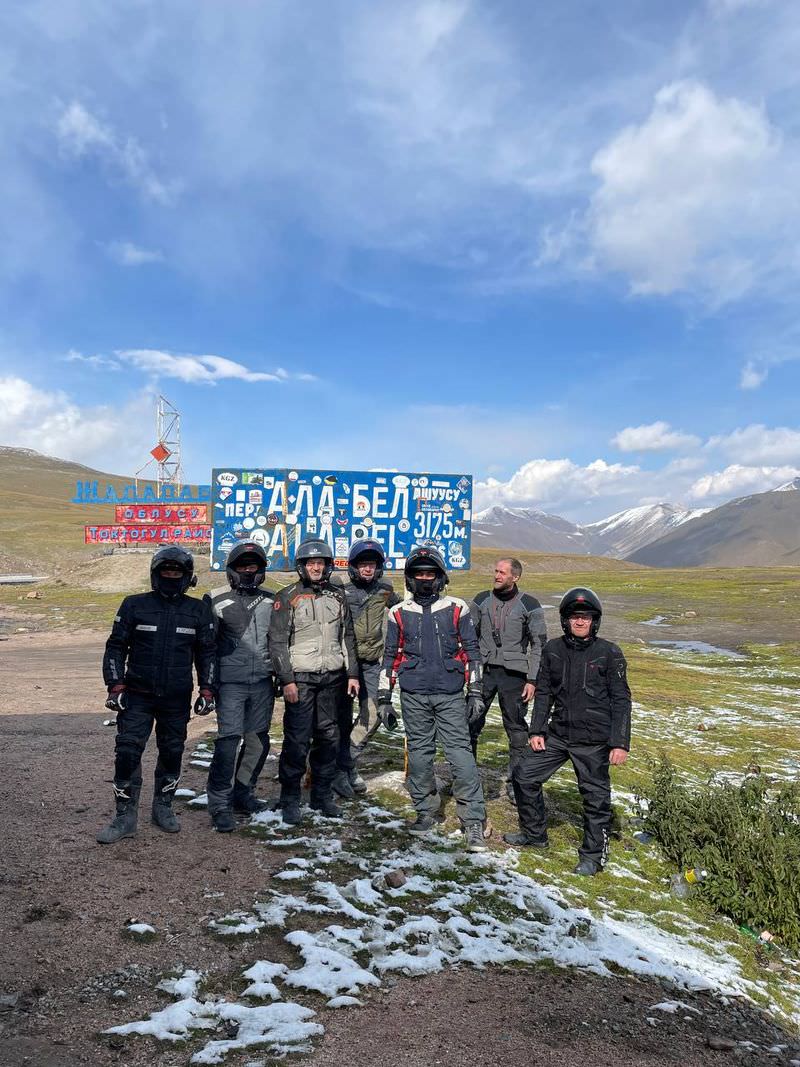 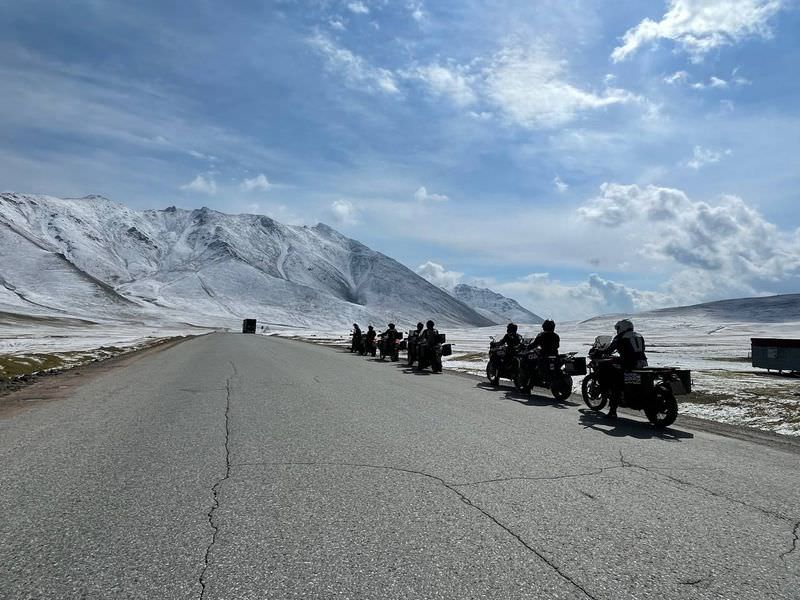 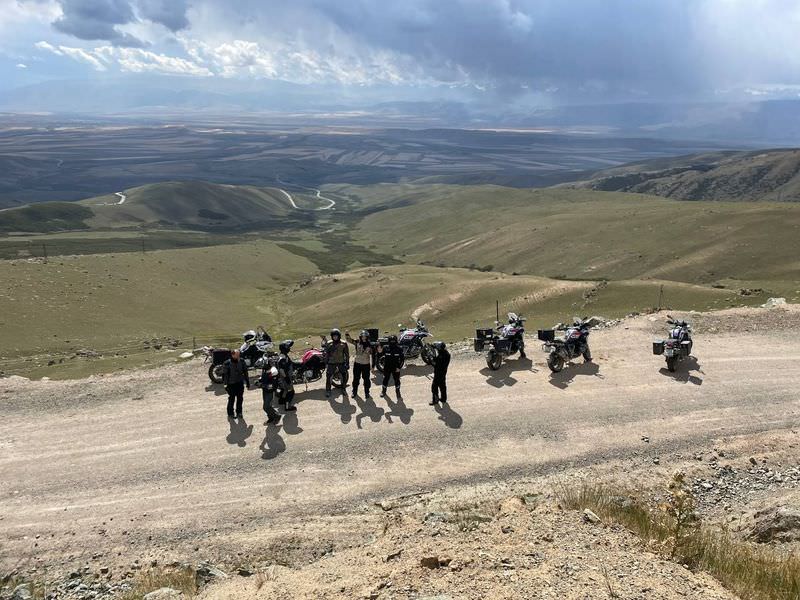 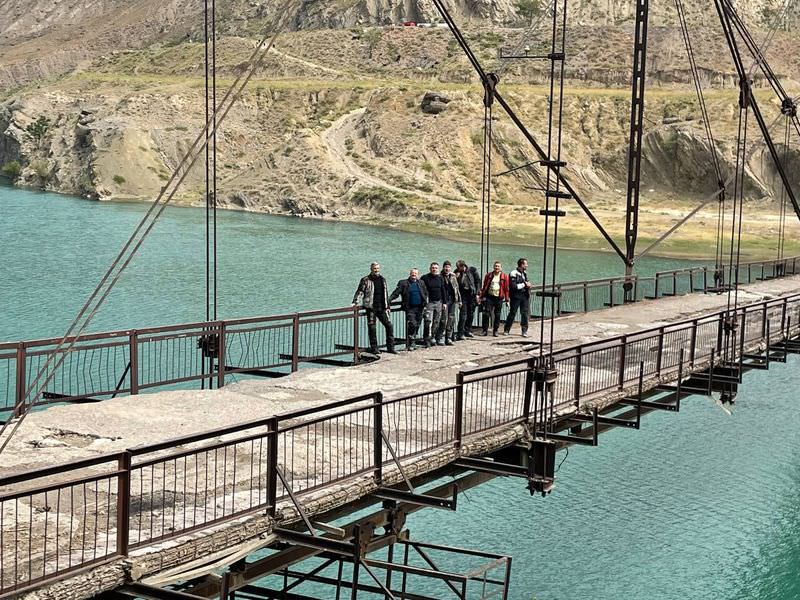 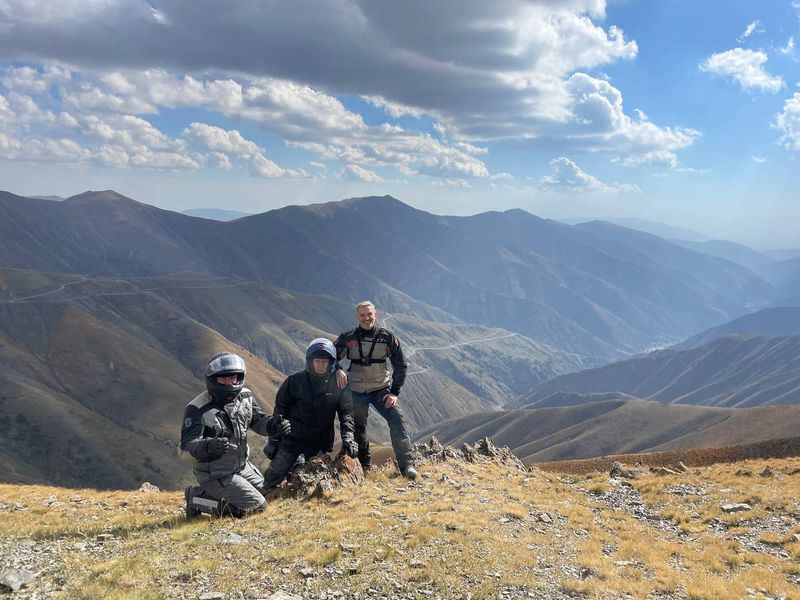 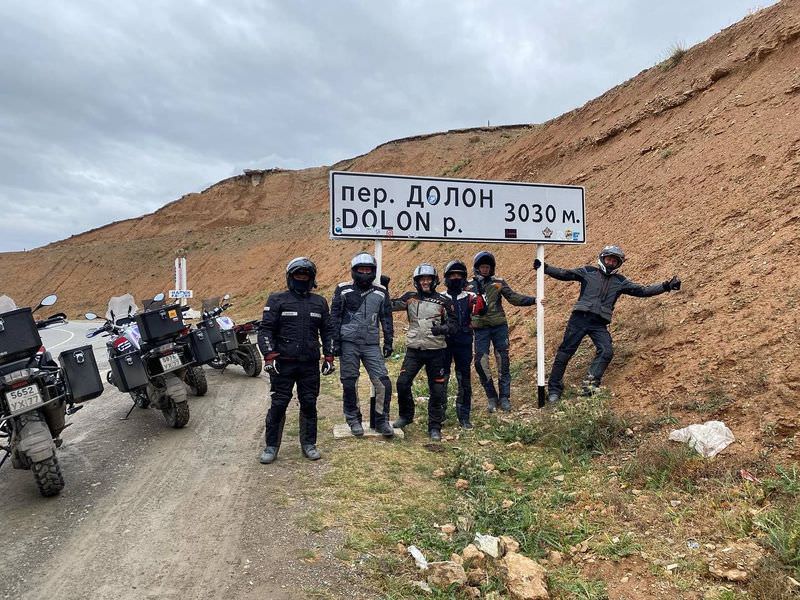 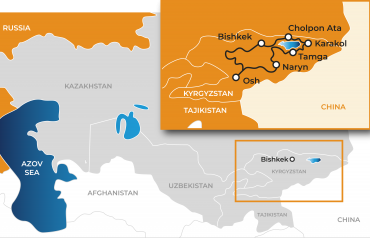